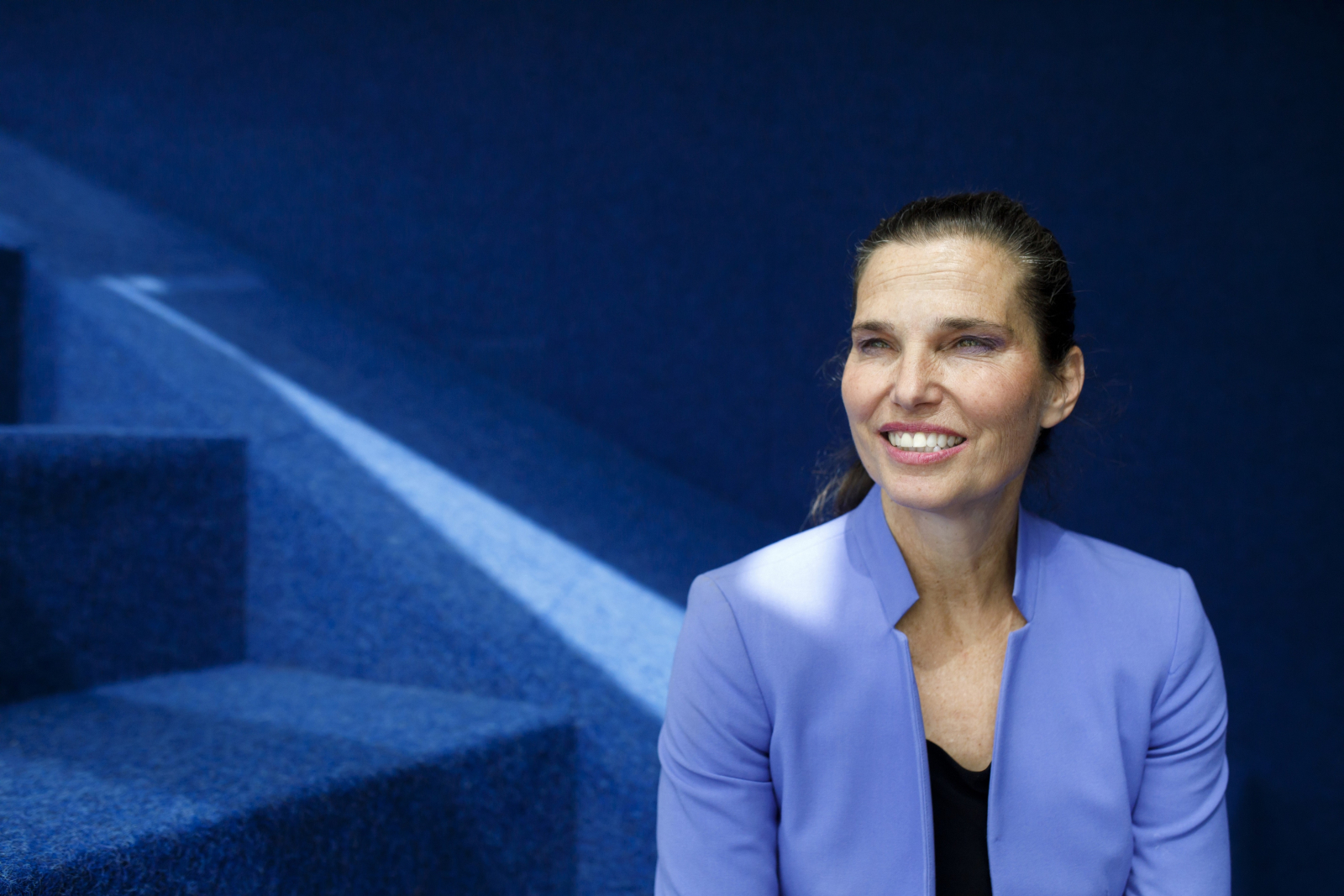 Canada's federal science minister says the Liberal government has done all it could to amplify the scientific evidence that backs its environmental efforts, as Canada heads toward an election in which climate change is likely to feature prominently.

Science Minister Kirsty Duncan, a medical geographer who represents the riding of Etobicoke North, argued to National Observer in an interview this week that the Trudeau government, elected in 2015, has undone several policies of the previous Harper government that had undermined science's role in policy-making.

“When we came in, on Day 1 we brought back the long-form census because you need evidence to make good decisions. We unmuzzled our scientists... we brought back the position of the chief scientific advisor," she said during a conversation at Ryerson University in Toronto.

The muzzling of scientists was a frequent complaint about the federal government during the Harper years, particularly on sensitive political topics such as climate change and rising pollution from Alberta's oilsands industry.

One move Duncan made was to appoint a chief scientific adviser — whose mandate includes ensuring that government science is fully available to the public and federal scientists are able to speak freely about their work — and that science is central to policy-making.

“We’re very proud to have brought back that position and to have found someone who has the trust of the research community,” Duncan said of Dr. Mona Nemer, who was vice-president of research at the University of Ottawa and director of the school’s Molecular Genetics and Cardiac Regeneration Laboratory before taking on the role.

Duncan said she has asked Nemer, who has already developed the government's model science integrity policy, to create a network of scientific advisers across government departments.

“That allows the chief science adviser to pull together a network, and then you are pulling, very quickly, the best evidence from all the departments,” she said, pointing to the U.K. model as one to emulate. “She’s working on implementing that, and that’s going to take time, that’s culture change, but we’ve got a number of them in place.”

'Climate change is real, we have to act'

The Trudeau government has sought to return science to the policy-making table, @KirstyDuncanMP tells @5thEstate, with advisors to soon sit in every government department.

Duncan said she sought to make a clear distinction between the actions of the current Liberal government and those of the previous Conservative government, whose minister of natural resources, Joe Oliver, cast doubt on the science underpinning climate change in 2013.

By contrast, Catherine McKenna travelled to Paris to attend the COP 21 meeting (of the Conference of the Parties to the United Nations Framework Convention on Climate Change) days after being sworn in as environment minister. There, she acknowledged that "climate change is real, it is having an impact now, whether that is on fisheries, forests, Great Lake levels, sea level change, on our Arctic environment, on human health, climate change is real, it is happening now, we have to act."

Duncan said that since then, the federal government has put in place more than 50 different measures, the chief one being a price on pollution, to help Canada achieve the emission-reduction targets it set as part of the Paris Agreement.

That price, which kicks in when provinces or territories do not have a suitable, robust plan to reduce emissions themselves, is being challenged by several conservative provincial governments in the courts.

Duncan said that after commissioning the first report in 40 years to look at federal science funding, the government has since invested $10 billion into a range of programs, including a 25 per cent increase in funds available to granting councils; predictable funding of $462 million a year for labs and tools via the Canada Foundation for Innovation; an additional $600 million for the Digital Research Infrastructure program to help researchers turn big data into scientific breakthroughs; and $275 million earmarked for the New Frontiers in Research Fund.

“It is going to fund what the system has been calling for for decades: multi-disciplinary, multinational, fast-paced, high-risk, high-reward research," she said of the New Frontiers fund. "We’ve never funded that here before.”

Duncan, who was speaking after an event announcing the recipients of a new round of government funding for science, said she pulled the data on how many receiving part of the $295 million per year in annual funding available via the Canada Research Chairs program were women, Indigenous people, people with disabilities and other minorities. When she got the results, she said, she gave the involved universities two years to hit their diversity targets or she would withhold funding.

“In two short years to go from — and you can see the data, where the percentages were — having 50 per cent women, 22 per cent scholars from racialized communities, five per cent Indigenous, those are huge jumps in the numbers," she said.

Duncan was less forthcoming about several live files, including whether Ottawa's commitment of $243.5 million to the Thirty Metre Telescope on Hawaii remains firm despite it being the focus of Indigenous opposition.

“There are continuing discussions, and we are monitoring the situation,” she said when asked whether the funding was locked in.

She also said that the Polar Environment Atmospheric Research Laboratory (PEARL) on Ellesmere Island — arguably the most important Arctic research lab in the world — would remain open but that researchers currently working there would have to apply for new funding.

“Under the previous government, PEARL was going to die and I fought strenuously against it," she said. "It was given short-term funding so that when we came in, the funding ended. Minister McKenna has committed to keeping that lab open. It will stay open, it will not be shuttered, it will stay open and we have said to the researchers very clearly that they will have to apply for funding, as any other researcher would do.”

“That lab is open, and we hope that the researchers are applying for research grants.”

Montrealers afraid of cell phone antennas fight to have them removed

This is is a government

This is is a government totally discredited and the sooner it is gone the better. Lies, lies and more, more lies.

Agreed. I suppose they think

Agreed. I suppose they think they can pull the wool over our eyes by planting their propaganda in the NO.

Thank you Alastair for

Thank you Alastair for publishing an article on this important topic. I want to underline a key point that you missed: the leading role of the union that represents more than 15,000 federal government researchers, scientists and related research professionals is the Professional Institute of the Public Service of Canada (PIPSC). For several years starting in the Harper regime, PIPSC leaders, including the presidents of the PIPSC science groups, took the lead on a major project to ensure that the "right to speak" to the media and public without interference from the government administration would be included in their collective agreements, and then PIPSC staff and researchers took the lead in drafting the model scientific integrity policy that was negotiated, accepted and is now monitored by the Chief Science officer.

As the former president of the PIPSC National Research Council research officers group who worked for several years with PIPSC colleagues on this file, I believe it is important to highlight the role of the union and the many federal scientists and researchers who made this happen and convinced the government to buy into the process. It wasn't the government who came up with this idea but in the end they did agree. With this new clause in all the collective agreements (that stayed in the new agreements just negotiated) the muzzling under the Harper government can not happen in a new government. Several NO articles mention this clause, including: https://www.nationalobserver.com/2018/07/30/news/canada-moves-protect-it...

See the article in Nature,

Now ... what about Justice?

Now ... what about Justice? Unmuzzle?

Health Canada refuses to release the names of the "20 best scientists" whose evaluation of glyphosate, the active ingredient of Round Up, led to its re-registration for 15 yrs. This is in the midst of class-actions in the US where 3 recent major trials exposed the falsified "science" used by Monsanto to establish the "safety" of glyphosate. Health Canada also refuses to release the level of education of the 20 scientists and their areas of expertise. How can one trust those "scientists" whose background is hidden from the public? It is likely that the level of scientific expertise at Health Canada (and also in other federal jurisdictions) is quite low and the agencies certainly do not boast about their recruits. Contrast this with the recent increase of salaries of the Transmountain Pipeline Crown corporation...The health and safety of Canadians does not measure up...

How is this possible? Has no one filed a Freedom of Information request?

The Freedom of Information Act has very strict conditions on which such information can be withheld.