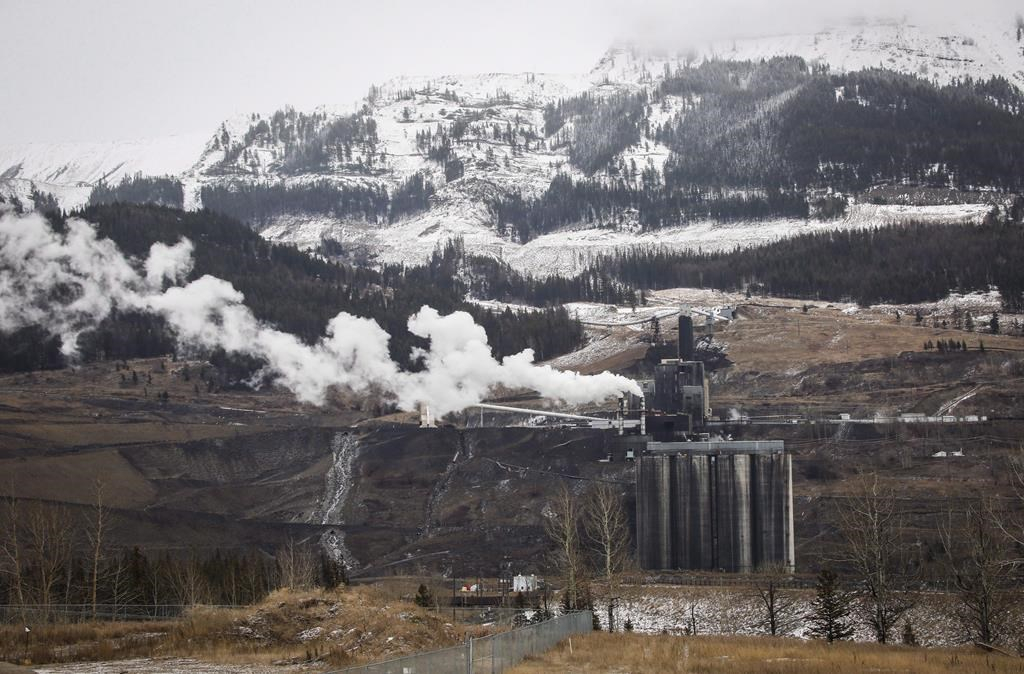 A coal mining operation in Sparwood, B.C., is shown on Wednesday, Nov. 30, 2016. File photo by The Canadian Press/Jeff McIntosh
Previous story
Next story

The wealthiest countries in the world — including Canada — are lagging instead of leading in the fight against global warming, a new report says.

The Climate Action Network, a global association of more than 1,300 climate groups, issued a report card on the climate plans of the G7 nations ahead of the leaders' summit in France this weekend. The groups hope to pressure the world's wealthiest nations to step up their climate game, noting none of them is doing enough.

There is also a hope expressed in the report that the upcoming federal election in Canada might stimulate more ambitious action. Canada, the report says, is among the worst of the already bad G7 bunch.

"It's depressing," said Catherine Abreu, executive director of Climate Action Network Canada. "The richest countries in the world are delivering the poorest performance and some of the smallest and poorest are leading the way."

The report card says Canada's current policies are consistent with global warming exceeding 4 C compared to pre-industrial levels, more than twice the stated goal of the Paris agreement of staying as close to 1.5 C as possible. The United States and Japan are also both in the 4 C category, while the other four G7 members, France, Italy, Germany and the United Kingdom, have policies consistent with more than 3 C in warming.

A spokeswoman for Environment Minister Catherine McKenna said Canada is leading internationally with its initiative to wean the world off coal power, and financing projects in developing nations to mitigate or adapt to climate change.

"Over the past three and a half years, our government has delivered on an ambitious, affordable plan that is doing more to cut carbon pollution than any other federal government in Canada's history," Sabrina Kim said in a written statement.

But the Climate Action Network ranks Canada's climate plan as having the same impact on global warming as the policies of the United States, where President Donald Trump has rejected the Paris agreement.

The report applauds Canada's plan to eliminate coal as a source of electricity by 2030, the national price on pollution and the goal to stop selling combustion-engine cars by 2040. But it says all of the government plans "remain insufficient to meet Canada’s targets and the Paris Agreement."

Canada's current targets were developed by the Conservatives in the spring of 2015, and maintained by the Liberals six months later when they signed on to the Paris agreement a few weeks after winning the election. The goal by 2030 is to cut emissions 30 per cent below what they were in 2005.

Last December, the Liberals said computer modelling suggested Canada will get just over halfway there — 16 per cent below 2005 levels — under current plans.

Many scientists also say Canada must cut more than twice as many emissions than planned if it is to pull its weight in the war on climate change.

Climate plans are proving to be a major part of most party platforms, with the NDP, Green and Conservatives already releasing at least the broad strokes of their environment promises. The Liberals are expected to release their climate platform next month. McKenna has said several times that Canada will increase its emissions targets in 2020, when the Paris agreement requires it, but she hasn't indicated how much more she will aim to cut.

The Conservative plan doesn't specifically put a number on the goal, but does describe itself as "Canada’s best chance to meet the Paris targets." The NDP aim to increase emissions cuts in line with what scientists demand. The Green Party promises to cut emissions by 2030 to 60 per cent below 2005 levels.