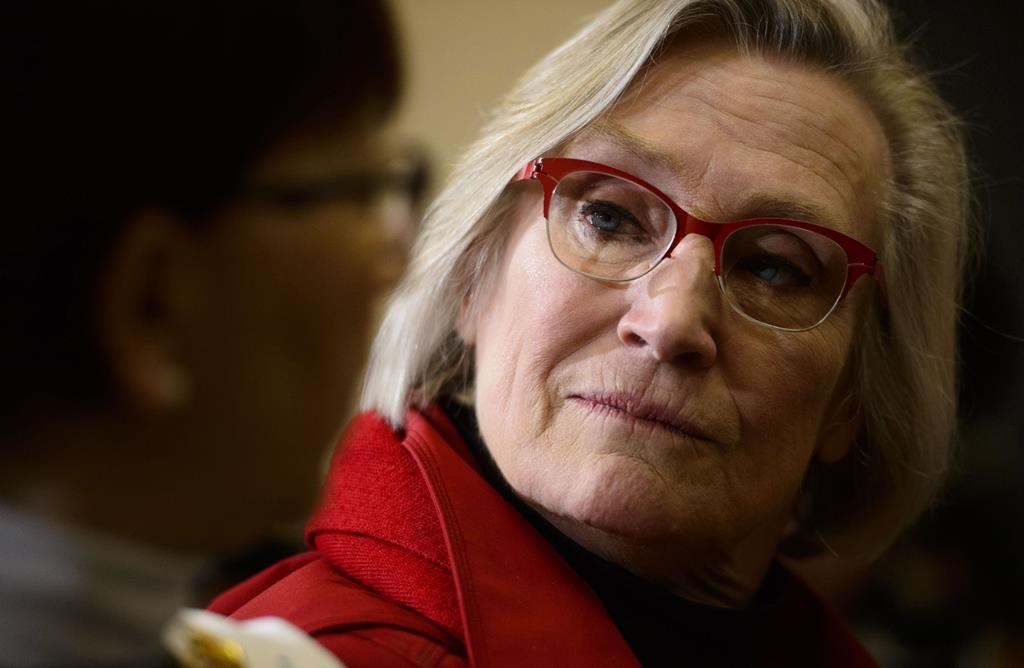 Carolyn Bennett takes part in an official apology to Inuit for the federal government's management of tuberculosis in the Arctic from the 1940s to the 1960s, in Iqaluit, Nvt., on Mar. 8, 2019. File photo by The Canadian Press/Sean Kilpatrick
Previous story

Negotiations have concluded on a proposed self-government agreement in Ontario that the federal government says would be the first of its kind if ratified.

The milestone shows groundwork has been laid for First Nations in Ontario to move beyond the Indian Act, Crown-Indigenous Relations Minister Carolyn Bennett said Friday.

"This is what the journey and the pathway to self-determination looks like," she said.

The agreement is an example of the recognition of rights, respect, co-operation and partnership sought by the Liberal government in forging a new relationship with Indigenous Peoples, she added.

Parliament passed the Indian Act in 1876, giving the federal government enormous power over the control of registered First Nations people, bands and the reserve system.

The federal government said four parts of the act that deal with governance will no longer apply to Anishinabek First Nations who ratify the proposed agreement.

The changes would mean that First Nations could make decisions about leadership, citizenship, government operations and how to best protect and promote their language and culture.

Anishinabek First Nations are set to hold a ratification vote in February 2020.

Moving ahead with the proposed agreement will not involve chiefs and council taking decisions, Bennett said Friday, adding the real engagement process begins now to make sure citizens have information they need come February.

Anishinabek Nation Grand Council Chief Glen Hare said in an interview Friday that the agreement has been "many years in the making."

He said he looks forward to sharing the signed documents that outline the goal of giving First Nations additional autonomy, authority and jurisdiction.

"I am excited where I'm going from today," he said. "Everything looks positive here."