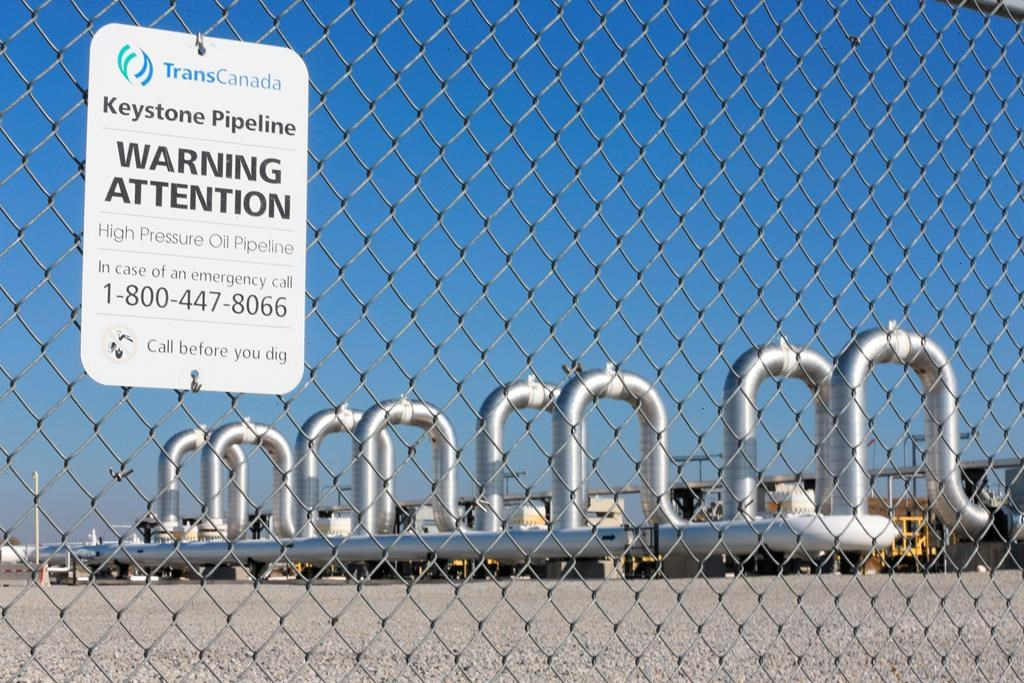 The Keystone Steele City pumping station, into which the planned Keystone XL pipeline is to connect to, is seen in Steele City, Neb., on Tuesday, Nov. 3, 2015. File photo by The Associated Press/Nati Harnik
Previous story
Next story

One of the last major hurdles for the Keystone XL crude oil pipeline was removed on Friday by the Nebraska Supreme Court which rejected an attempt to force the developer to reapply for state approval.

The court upheld the decision of regulators who voted in November 2017 to greenlight a route through the state. The court's decision was a victory for the US$8-billion project, which has been mired in lawsuits and regulatory hearings since it was proposed in 2008.

"The Supreme Court decision is another important step as we advance towards building this vital energy infrastructure project," said Russ Girling, CEO of the Calgary-based proponent of the line, TC Energy Corp., in a statement.

"We thank the thousands of government leaders, landowners, labour unions and other community partners for their continued support through this extensive review process. It has been their unwavering support that has advanced this project to where it is today."

The expansion of the Keystone pipeline system, along with Enbridge Inc.'s Line 3 replacement pipeline and the recently approved Trans Mountain pipeline expansion, are being counted on by Canadian producers to allow production gains and help relieve a glut of trapped oil in the West.

The Nebraska Public Service Commission voted 3-2 in favour of an "alternative route" for Keystone XL instead of TC Energy's preferred pathway for the pipeline.

Lawyers for the opponents argued that TC Energy's application was only valid for its preferred route, and the company formerly known as TransCanada could only seek approval for one route at a time.

The high court on Friday sided with the state, saying the Public Service Commission is the agency responsible for determining which pipeline route is in the public interest, and that it did so after months of consideration.

"We find there is sufficient evidence to support the PSC's determination that the (alternative route) is in the public interest," Justice Jeffrey Funke wrote for the court.

If completed, the 1,897-kilometre pipeline would carry as much as 830,000 barrels of crude per day from Hardisty, Alta., through Montana, South Dakota and Nebraska, where it would connect to an existing pump station in Steele City, Neb.

From there the oil would continue through Kansas, Oklahoma and Texas until it reaches Gulf Coast refineries.

"This court victory is another step forward for this vital pipeline project after far too many years of regulatory delays and hurdles," said Alberta Premier Jason Kenney in a statement on Friday.

Last week, the province announced it would extend production caps on oil companies by a year, due in large part because the Enbridge Line 3 replacement project is being delayed by a year by permitting issues and legal wrangling in Minnesota.

The curtailment program introduced by the previous NDP government is designed to draw down oil storage levels in Alberta to support local prices. It was intended to be phased out and cancelled by the end of 2019.

"The project will bring significant economic benefits to both Canada and the U.S., and we look forward to construction moving forward to create opportunities for the hard-working women and men in our energy sector," he said in a statement.

TC Energy has said it will miss the 2019 construction season, which means completion of the pipeline isn't expected until some time in 2021 — after the next U.S. presidential election — analyst Ian Gillies of GMP FirstEnergy pointed out in a report.

It faces a challenge by environmental groups who asked a federal judge in Montana last month to review and cancel the U.S. Army Corps of Engineers approval of the project on the basis that the potential for oil spills and other damages were not adequately considered, Gillies added.

President Barack Obama's administration studied the Keystone XL project for years before rejecting it in 2015 because of concerns about carbon pollution.

President Donald Trump reversed that decision in March 2017 and reissued a presidential permit five months ago.