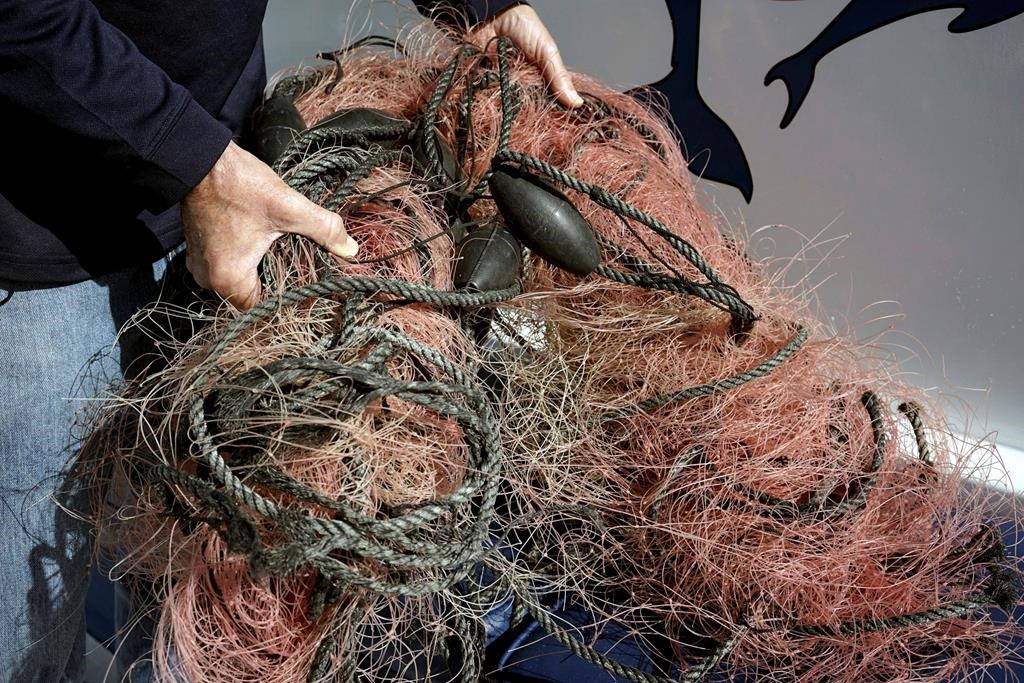 Capt. David Anderson, of Captain Dave's Dolphin and Whale Watching Safari, in Dana Point, Calif., shows a net that a whale was found entangled in on Monday, Nov. 30, 2015. File photo by The Associated Press/Christine Armario
Previous story
Next story

Ottawa says it will spend $8.3-million in an effort to rid Canadian waters of abandoned, lost or discarded fishing gear.

The new gear retrieval program announced Tuesday will help fishermen, environmental groups and coastal communities find and retrieve so-called "ghost gear" from the ocean and dispose of it responsibly.

It will also support the acquisition of new technologies to reduce gear loss.

To further address the problem, Fisheries and Oceans Canada says it will host a gear innovation summit in February 2020, which will include discussions on technological solutions to prevent the loss of fishing gear.

The department says 640,000 tonnes of abandoned, lost or discarded fishing gear enters the world's oceans every year. It can stay in the water for hundreds of years, entangling whales, turtles, sharks and fish.

The new program is especially pertinent in the Gulf of St. Lawrence, where the department has launched an effort in recent years to clean up ghost gear as part of efforts to save the endangered North Atlantic right whale population.

The population currently sits at around 400 animals, and eight whales have died in Canadian waters this year.

Federal fishery officers and the Canadian Coast Guard removed 101 lost snow crab traps from the gulf during a three-day operation July. The trap removal operation also took more than nine kilometres of rope from the water.

Since 2018, harvesters in the southern gulf have been required to report lost gear, and so far this year there have been over 1,000 reports of lost fishing gear according to the department.