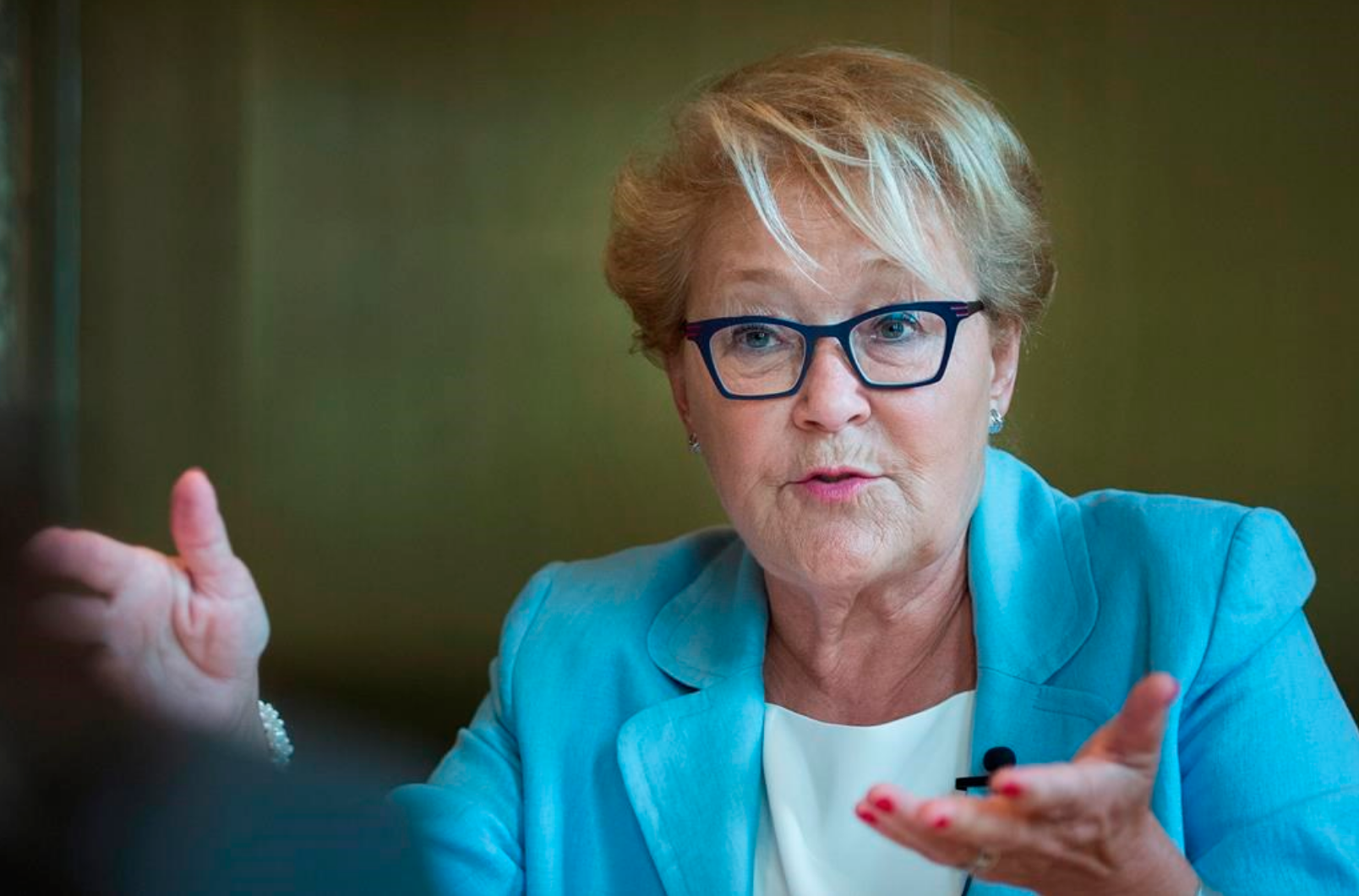 Quebec's first female premier has found a new role since leaving office: that of champion for the French language.

Pauline Marois, who governed from 2012 to 2014, told The Canadian Press that she's worried there's been some backsliding in the use of French, as noted by the province's language watchdog, the Office quebecois de la langue francaise (OQLF).

While there have been no dramatic changes, French-language advocates cite the prevalence of bilingual greetings in stores, job postings require candidates know English, and a one per cent decline in the number of Quebecers who list French as their only native language.

"Without it being dramatic, that's how we finally let things go, gradually," she said in a phone interview. "We say to ourselves: 'it's not so important, since we don't see a tragedy on the horizon.'"

This past spring, the OQLF reported that the number of businesses who offered customer greetings in French only had declined from 84 to 75 per cent between 2010 and 2017.

In 2018, almost half of customers reported having been greeted in a language other than French at least one in the last six months, which represented a 27 per cent increase from 2010.

Marois also noted that 80 per cent of Quebecers said French was the language they used most often at work in 2016, which was two per cent lower than in 2011.

"These are signals," she said. "You'll tell me: 'two per cent, it's nothing.' But two per cent every five years, that becomes dramatic."

While Marois has kept a fairly low profile since leaving office, she said she's eager to continue her passion for defending the French language. For now, she's not acting in any official capacity, but is reflecting on the best way to serve the cause.

The ex-Parti Quebecois leader said she worried that the economic immigration favored by Premier Francois Legault could have a negative impact on French in the province, since it bumps language down to a lower level of priority.

However, she refused to overtly criticize the current administration.

Marois said she wasn't sure the province needed to create a French language commissariat to independently oversee the French-language watchdog, as Legault's government has proposed.

"Is it necessary to increase the number of guard dogs, or to ensure the existing guard dogs have the ability to act? That's the question I'm asking," she said.

In the short term, Marois advocates extending Quebec's French-language charter, Bill 101, to apply to small and medium businesses with between 10 and 50 workers, since that's where many new immigrants work.

Legault's government remains opposed to such a change.