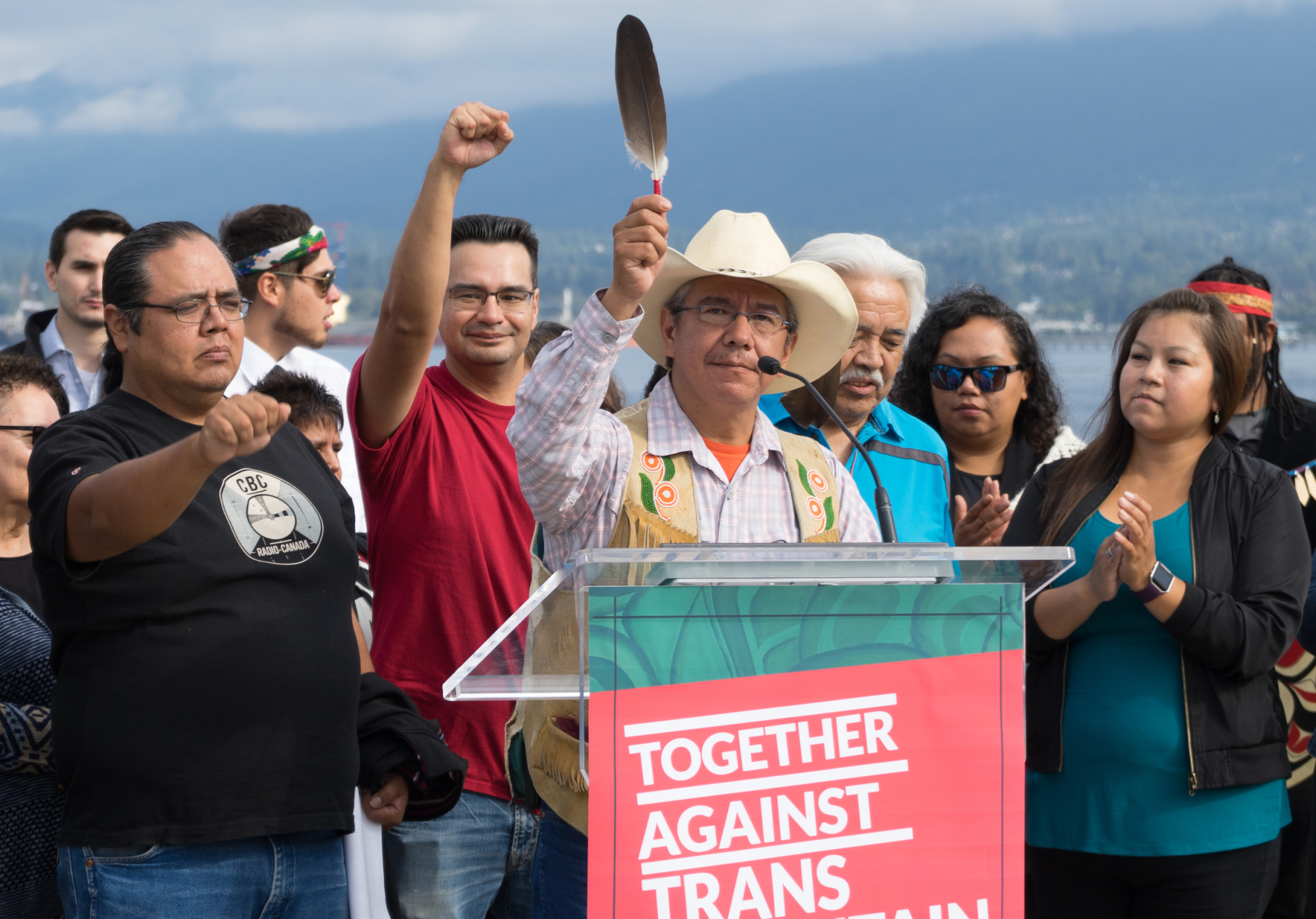 Chief Lee Spahan from Coldwater Indian Band was happy to hear the news: the Federal Court of Appeal will hear his nation’s legal challenge against the Trans Mountain pipeline expansion project.

But he said there is still “a long road ahead.”

On Wednesday, the court announced it will hear six of the 12 requests it received to challenge the federal government’s approval of the Trans Mountain pipeline expansion project.

The pipeline expansion would triple the capacity of an existing pipeline from the oilpatch in Alberta to the British Columbia coast.

The court ruled on Aug. 30, 2018, that the government inadequately consulted with Indigenous Peoples about the expansion, and the First Nations argue the government failed again in its second pass.

The court says these approved cases will be strictly confined to whether government consultation was inadequate between last year’s ruling up until when the government approved the pipeline a second time on June 18, 2019.

“We are confident that the court will once again decide in our favour,” Tsleil-Waututh Chief Leah George-Wilson said in a statement Wednesday.

“Tsleil-Waututh Nation participated in consultation in good faith again, but it was clear that Canada had already made up their mind as the owners of the project. Canada continued to do the legal minimum and, in our view, fell well below the mark again.”

The court says the federal government and Trans Mountain Corporation “took no position and filed no evidence on 11 of the 12 requests.”

To Spahan, this shows the government and Crown corporation “are not taking this seriously enough.”

“They’re trying to fast track everything,” he told National Observer. “They don’t listen to us and they don’t show us the respect that we deserve.”

The office of Natural Resources Minister Amarjeet Sohi said it remains confident the government took “the necessary steps to get this right.”

“We are fully prepared to defend our decision in Court,” said Alexandre Deslongchamps, director of communications for Sohi’s office. He said the government achieved “meaningful two-way dialogue” and “strong environmental protections.”

Spahan disagreed, saying Coldwater is still waiting to hear back from an environmental assessment of how the pipeline expansion may affect the aquifer his people rely on for water that lies in the pipeline’s path.

“How can they approve the pipeline and the study’s not even completed?” he asked.

Tsleil-Waututh has made a similar argument that the government has not completed a study of how the traffic noise will affect southern resident killer whales.

Spahan says he has to consult with his community, but in court, they will likely be repeating their concerns about the aquifer, as well as how the consultation process did not consider damage beyond their reserve into the surrounding territories.

“We use our surrounding territories where our people go to fast, we have ceremonial places where we go… this impacts our ceremony, and harvesting our traditional foods, plants and our medicine,” he said.

While the six First Nations will be heard, others are disappointed their requests were not granted.

Stz’uminus First Nation and the Shxw’ōwhámel First Nation were not approved, and neither was Ecojustice, who was representing the Raincoast Conservation Foundation and Living Oceans Society.

In a statement, Ecojustice lawyer Margot Venton said the environmental law charity is “extremely disappointed” the court will not hear its appeal, which was based on environmental grounds, like the potential effect on species at risk.

She said Ecojustice is considering appealing to the Supreme Court of Canada. Chris Genovali, executive director of the Raincoast Conservation Foundation, said his organization will also consider an appeal.

“Going to the country’s highest court may seem like a drastic measure, but — in the midst of a climate emergency and biodiversity crisis — these are drastic times,” Venton said.

The federal court has ordered the six approved challenges will proceed with strict deadlines “on an expedited basis.”

Trans Mountain announced on Aug. 21 that construction of the expansion would resume within 30 days. They did not respond in time to comment whether the federal court’s decision to hear these challenges would affect their construction schedule.

I have read the Crown Counsel

I have read the Crown Counsel report supervised by retired Supreme Court judge Frank Iacobucci. That report is far below any standard I expect from a Supreme Court judge. It is as though it were designed not to be read. It is almost indigestible. It is clear that recommending agaist approval of the pipeline was not an option, and they did not consider any of the First Nations issues to be serious! Really?