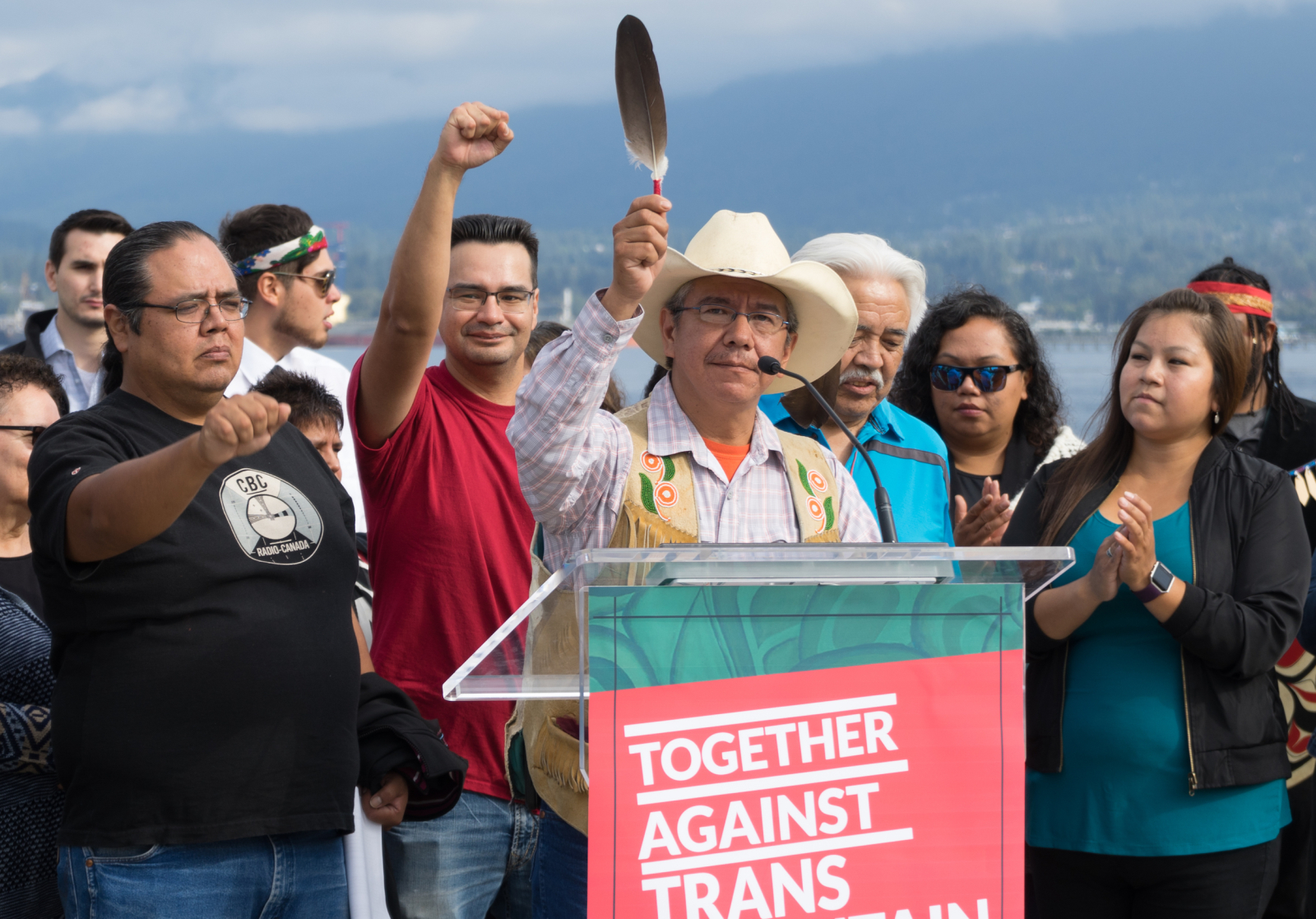 The federal government has turned down an emergency recommendation from scientists to use a federal law to protect endangered trout that live along the path of the existing Trans Mountain oil pipeline and its expansion project.

The decision — described by one First Nations chief, Lee Spahan from the Coldwater Indian Band, as "disrespectful" — comes more than a year after scientists first recommended that Canada should list both the Thompson and Chilcotin steelhead trout under the Species At Risk Act.

The federal legislation allows federal cabinet ministers to make a final decision in response to the scientific advice.

In this case, it would have required stricter protections of critical habitat that could challenge the potentially adverse effects of construction or an oil spill from the west coast Trans Mountain project.

In a July 11 press release, the Department of Fisheries and Oceans (DFO) said "the Government of Canada has determined that an emergency listing would produce suboptimal ecological, social and economic outcomes relative to a comprehensive, long-term collaborative action plan with British Columbia."

"They [DFO] are mismanaging our fish right into extinction," he said. "They have to open their eyes and start protecting the water and the fish because without water, the fish can't survive."

Spahan says he believes it's the "total truth" that the government chose not to list Thompson and Chilcotin steelhead trout under the Species At Risk Act in order to assist the Trans Mountain pipeline expansion approval, confirmed by Prime Minister Justin Trudeau on June 18.

National Observer reported in April that if Trudeau's cabinet had agreed with the scientists' recommendations in 2018, that could have complicated Canada's approval of the pipeline.

Jocelyn Lubczuk, press secretary for federal Fisheries Minister Jonathan Wilkinson, said the Species At Risk Act is "just one tool" in protecting endangered species, and the government thought it could better protect steelhead by creating a collaborative agreement called the Steelhead Action Plan with the B.C. government.

"This decision is not related to TMX; it really is about looking at how we can put this steelhead stock on the best path," she said.

Feds say they can undertake better Steelhead protection without the Species At Risk Act, but Chief Lee Spahan says decision is "disappointing" and "frustrating." #cdnpoli #bcpoli

Protecting the species under federal law could also open the door for anti-pipeline opponents to take the government to court in order to step up conservation efforts. In fact, in 2014, Calgary-based TC Energy was forced to suspend exploratory work on a marine port after a court issued an injunction that put a halt to activity threatening endangered beluga whales on the Saint Lawrence River. Plans for both the port and the Energy East pipeline were later terminated.

The Committee on the Status of Endangered Wildlife in Canada (COSEWIC) conducted an emergency assessment of Thompson and Chilcotin River steelhead trout in January 2018 and recommended the government issue an emergency order to list the species under the Species At Risk Act. The committee is an independent review body of scientists that identifies species at risk. For months, the government didn’t make a decision, which led some to believe they didn't want to add a potential roadblock to construction of the Trans Mountain pipeline.

The Trudeau government swept to power in 2015 after accusing the previous Harper government of muzzling scientists and ignoring evidence. Trudeau's Liberals also promised to restore evidence-based decision-making in government and appointed a chief science advisor, Mona Nemer, as a federal scientific watchdog.

Nemer's office told National Observer in a statement that it didn't have background information about the steelhead trout review and couldn't comment on the matter.

Andrew Thomson, the Pacific regional director for fisheries management at DFO, said working with B.C. addresses issues that fall under or overlap with provincial jurisdiction, like watershed management, water regulation and habitat restoration, whereas the Species At Risk Act would result in broad fisheries closures.

"If you just manage restrictions of fisheries, you're really just putting a Band-Aid on a longer-term approach about trying to restore the entire population," he said.

When asked if the government could not do both, by listing the trout as species at risk as well as working with the province, Thomson answered that could have been possible, but it would still result in "very broad restrictions though across all fisheries that had the potential to intercept these fish," and the department chose "not to do that."

The offices of ministers in B.C.'s NDP government, which has expressed its opposition to the Trans Mountain expansion project, were unable to respond to questions from National Observer before deadline.

Green party MLA for Saanich North and the Islands Adam Olsen, or SȾHENEP, said the idea the federal government can better protect steelhead without using the Species At Risk Act is "laughable."

"It's basically saying the Species At Risk Act is worthless," he said. "If that is true for this species, should it not be true for all species that they have on that list?" 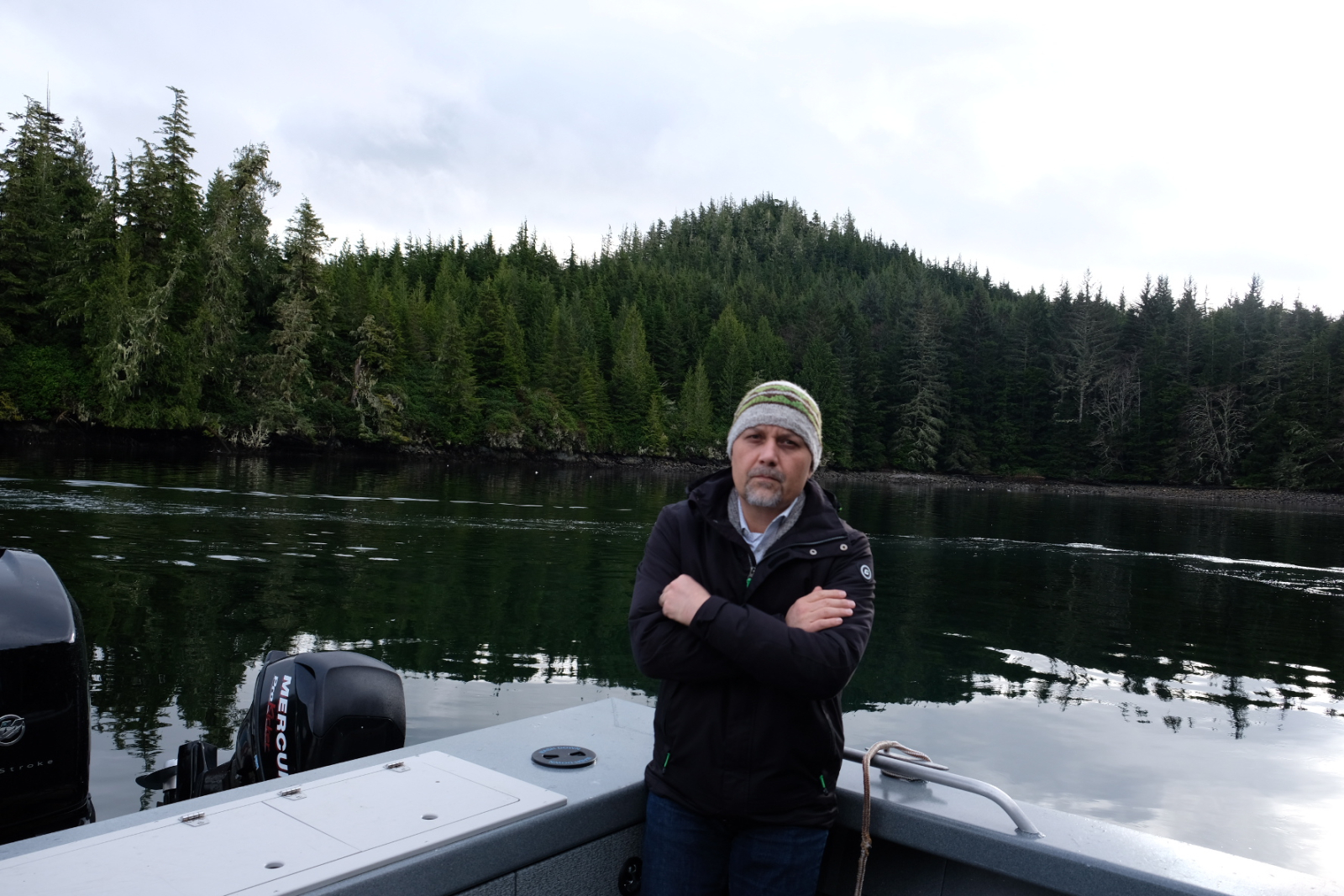 Olsen, from Tsartlip First Nation, said he believes this answer avoids making a difficult decision between industry and saving the species.

"That answer is one of government officials who are not willing to do their job," he said. "Frankly, there's no such thing as a 'long-term plan' here for the steelhead. This is like, can we make it through this year and still have steelhead at the end of it?"

Olsen also raised the question about how much the decision was informed by Trans Mountain.

"It would be illegal to kill, harm or harass, capture, possess, buy, sell or trade Thompson and Chilcotin steelhead trout and to damage or destroy its residence. This opens up an entire line of questioning," he said. "Has this minister and has the federal government made the decision that they are literally going to allow a species to no longer exist on the planet because they've decided to buy pipeline?"

It remains unclear whether this will inform the multiple court challenges Trans Mountain is facing, including an appeal launched by Coldwater. Chief Spahan said he still needs to consult his legal team and community on whether to challenge the government on its steelhead decision, based on Indigenous Peoples' constitutional right to fish.

"We have to continue those conversations. I won't say we're ready to go there, but that’s a thought we really have to think about carefully, because our stock numbers keep going down, and they're not improving," he said.

Indigenous Peoples' right to fish comes second only to conservation. Spahan said DFO is infringing on that right by allowing recreational catch-and-release, so marine recreational fisheries have access to salmon and trout before they reach the Fraser River.

Eugene Kung, a lawyer with West Coast Environmental Law, said First Nations could potentially challenge the government based on their constitutional right to fish certain species, such as Coldwater, which relies particularly on steelhead trout and coho and chinook salmon.

Kung said some First Nations and environmental groups could potentially use this decision to support their arguments in the Federal Court of Appeal that the government has a conflict of interest as the owner of the pipeline.

"We've heard from a number of applicants for judicial review that they believe that Canada was unable to make an unbiased decision," he said.

Several First Nations, including the Squamish Nation, Tsleil-Waututh Nation, Coldwater Indian Band and Shxw'owhamel First Nation, have petitioned the Federal Court of Appeal to review the government's second approval of the pipeline.

Kung says, ultimately, the Species At Risk Act "can be and should be the highest level of protection we can offer within law."

Holy sh*t! This government decision just flies in the face of extinction - our elected representatives willingly support the extinction of freshwater fish and salmon and sea mammals in the name of "getting oil to tidewater." Who are we going to elect to represent the continuation of life on Earth? Not Trudeau, not Scheer. Trudeau stole the 2015 election, especially in BC, and continues to subsidize the oil industry. We can only hope that our youth and First Nations protect us from corporate greed and political ignorance.

"Who are we going to elect?"

"Who are we going to elect?" GOOD QUESTION!! ALL Canadians MUST do their homework, get up-to-speed on this and all other issues, get off their couches, and get out to candidates' meetings! There is NO SHORTAGE of sources of information out there! And many of these sources even serve pointed questions to ask the candidates. The very best place to start is to google Green New Deal.

Department of Fisheries and

Department of Fisheries and Oceans (DFO) said "the Government of Canada has determined that an emergency listing would produce suboptimal ecological, social and economic outcomes relative to a comprehensive, long-term collaborative action plan with British Columbia." Huh?