Who were the winners and losers under Liberal climate policy? 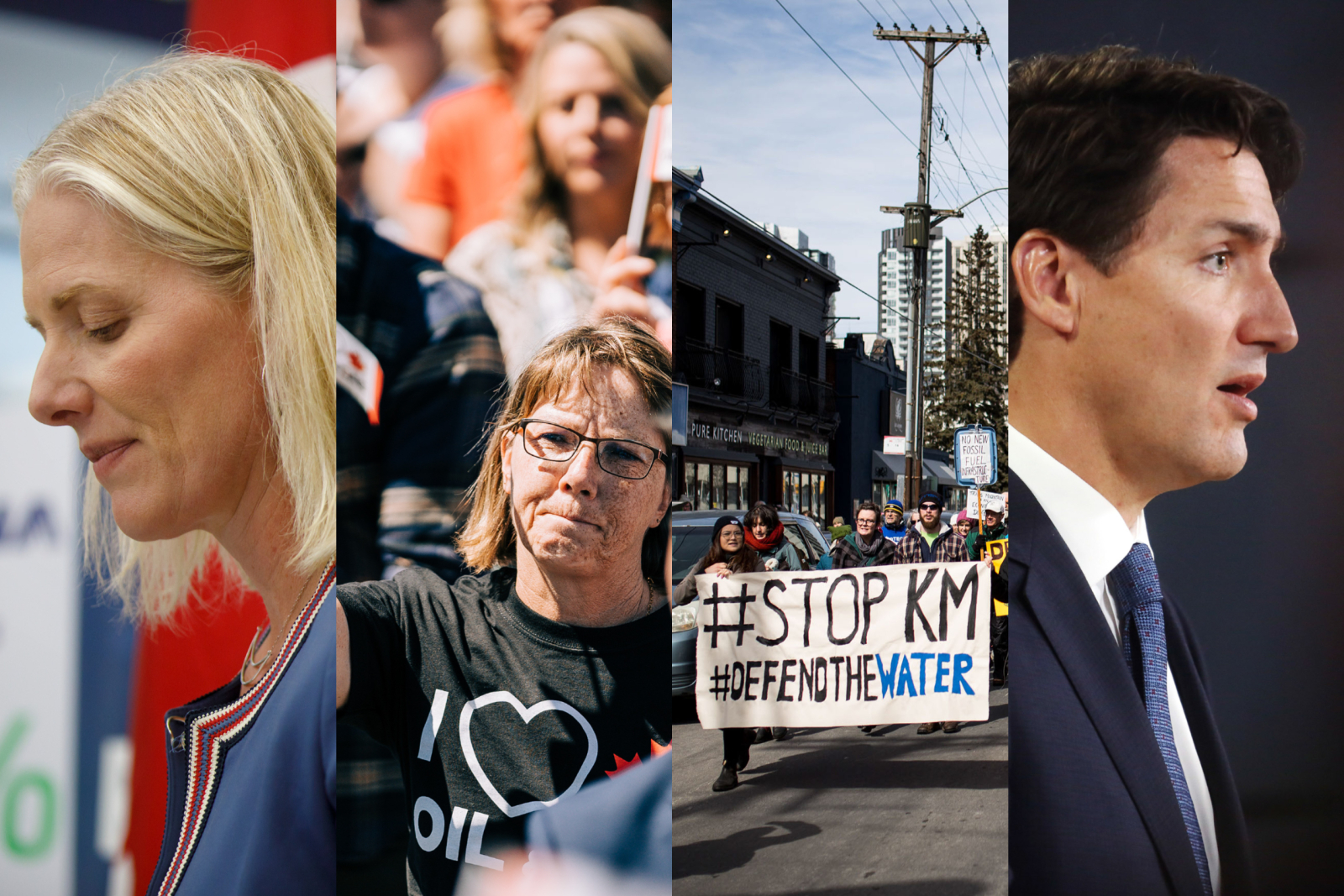 With climate change poised to be a central issue in this fall’s Canadian federal election, it's time to take an unvarnished look at the winners and losers during the past four years of Liberal party reign.

Texas-based energy company Kinder Morgan experienced what most infrastructure companies could only dream of: federal taxpayers taking a dog of an asset in its portfolio off its hands. With little hesitation, the Liberals ponied up $4.4 billion to purchase the Trans Mountain Pipeline along with the rights to expand its capacity. It might get built, it might not. It might prove profitable, it might not. But for the executive team at Kinder Morgan, this Kinder Surprise Egg wasn’t made of chocolate, it was made of gold.

The next time a bust of Prime Minister Justin Trudeau is used as a pinata at a party in Fort McMurray, the brandishers of bats may want to ask themselves this question: what exactly did the Liberals do to the oilsands to deserve such ire? It sure wasn’t the carbon tax, from which many oilsands facilities are exempt from paying a dime. More, the Liberals couldn’t even muster up the courage to be as clean as the global competition through policies like requiring oilsands to match the carbon intensity of conventional oil. And then there are those subsidies to the fossil fuel industry of at least $1.6 billion annually. The Liberals promised to do away with these but ended up keeping the chequebook open. So put down the bat and spark up a joint instead — thanks to the Liberals, unfettered emission of that type of smoke is legal, too.

Ever wonder why 11 out of every 10 economists love the carbon tax? It might have something to with the fact that the Liberals have kept 11 out of every 10 economists busy for the past four years researching, analyzing and proselytizing the carbon tax. A cottage industry has blossomed of carbon-tax economists in academia, think tanks, private consulting and government. And it doesn’t stop at a single tax. Since the federal tax is a backstop for tax regimes of provinces and territories that don’t meet the federal standard, there are up to 14 different carbon-tax scenarios to play with in Microsoft Excel. The pocket-protector set has reached their nirvana.

Why have boring when you can have bling? Like giddy venture capitalists, the Liberals have been enamoured with early stage clean technologies and Budget 2017 allocated over $1.3 billion for research, development and demonstration projects. The jury is still out on whether this was money well-spent or whether the quest for “game-changing technologies” is simply an excuse to delay action using technologies we already have. It's notable that Conservative Leader Andrew Scheer’s climate plan also touts the glories of yet-to-be-invented climate gadgets. So be on the lookout for a DeLorean powered by Mr. Fusion if either party wins the election.

If climate gods do exist, they’d no doubt be perplexed by the “climate-change leader” press lines flowing from Environment Minister Catherine McKenna’s Twitter account. After all, climate gods focus singularly on the one metric that matters: greenhouse gas (GHG) emissions. When the Liberals were elected in 2015, Canada’s GHG emissions were 722 million tonnes (Mt). In 2017, the most recent year of official data, they were 716 Mt, a mere 0.8 per cent drop. With oilsands production up another 10 per cent in 2018, combined with a healthy economy nationally, history could very well show that GHGs were flat to increasing during Trudeau’s term. If climate gods do exist, then watch out for thunderstorms at Liberal campaign events.

Investments in clean energy, like wind and solar power, continue apace globally but have nose-dived in Canada, plummeting 34 per cent in 2018 and set to fall further in 2019. Although this is largely due to the cancellation of provincial programs by recently elected conservative governments, the federal Liberals largely failed to step in to keep the industry thriving. The Liberals also failed to reform Canada’s antiquated monopolistic electricity market with regulatory changes that provide market access to third-party clean-energy suppliers. These failures are especially embarrassing given that clean-energy investment is on the rise in Donald Trump’s America due to federal tax credits and competitive electricity markets. The bigger the hands, the bigger the clean-energy industry. Ouch!

Retrofitting buildings with energy-efficient windows, insulation and heat sources; capturing methane in agriculture and waste operations; and sequestering carbon through tree planting and agricultural soils: these are cost-effective measures using available technologies that can be undertaken by regular people like homeowners, farmers and foresters. Despite the ease of these measures and their appeal to a broad cross-section of Canadians, these approaches were largely ignored by the Liberals during their past four years in office.

Entering the 2019 election, a common thread is that the winners are elites with a strong, organized lobbying voice, whereas the losers are those without a voice.

Since climate policy is not immune to the era of rising populism, it’s no wonder that the Green party and New Democratic Party have shifted their climate policies to appeal to these forgotten voices. Both parties support tenets of a Green New Deal, calling for a rapid shift from away from fossil fuels using available technologies and facilitated by massive, job-creating public spending.

For the first time in Canadian history, voters will be presented with a menu of different climate-change-policy options from different parties when they cast their votes in the fall election. That’s a good thing.

The bad news for the Liberals is that if voters ask themselves whether they were a winner or a loser under Liberal climate policy, then the Liberals may just find themselves joining the ranks of the losers on election day.

It seems that the Canadian Wind Energy Association as a totally opposing view than yours on this : "CanWEA Applauds the Government of Canada for Adopting a Price on Carbon for the Electricity Sector"
https://canwea.ca/news-release/2019/06/28/canwea-applauds-the-government...

You will notice that they don't just talk about of yet another "step in the right direction", but the applauded!

Good to get your facts right when writing an opinion piece like that.

If I had done such an oped, I would have also talked about my political affiliation but maybe it's just me...

Thanks for your comments. I’m sure you’d agree that the National Observer has proven to be a wonderful platform for climate & energy related information and perspectives in Canada.

Regarding political affiliation, I am a member of the Green Party of Canada. Like many of your climate-concerned peers, I think the GPC offers the best policy response to the climate crisis of all Federal parties. Sorry for not adding this in my bio.

Regarding your comment on CANWEAs support for the Liberal carbon tax, I’m a little perplexed that they went there for a couple of reasons:

I) the c-tax, as designed won’t do as much as I could to incent new wind generation. This is because the output based allocation approach means that a large % of a competing fossil fuel generator’s emissions are exempt from the tax. This exemption makes zero emissions wind less competitive than would be the case if 100% of a fossil plant’s emissions were taxed.

II) even if the tax made wind competitive with fossil, there are still regulatory hurdles to getting new wind built in an environment of provincially owned monopoly utilities. To develop a renewable energy project do only do the economics need to pencil out but the utility needs to grant authority to interconnect and pay for the power produced. Often the monopoly utility will deny these rights. Saskatchewan is a case in point - great solar and wind resources but Saskpower says no! To get around this problem with monopolies the Americans began to open their electricity markets to competition by independent generators in the 1970’s through PURPA legislation.

In light of these issues I think CANWEA made a mistake putting all of their eggs in the Liberal carbon tax basket rather than also focusing on tax design, deregulation and subsidies like investment and production tax credits.

I have made my misgivings with CANWEA’s policy approach known in op-eds I have written in Renewable Energy World and in conversations with investor and government relations officials in the CANWEA member companies where I have an equity interest as shareholder or limited partner.

I found Chris McDermott's piece both informative and astute. And I found his response to the comments by Steve Guilbeault very well informed, ...authoritative really... and civil... his objective is clearly to encourage informed discourse rather than to try to cow or demean views held by others. And his disclosure about his political leanings was 'not' mandatory, I differ with Guilbeault's clear insinuation that they were necessary, .... Ideas can stand or fall on their own legs without tagging them to particular political parties. We have enough needless polarization and enmity in our current zeitgeist, we don't need more.