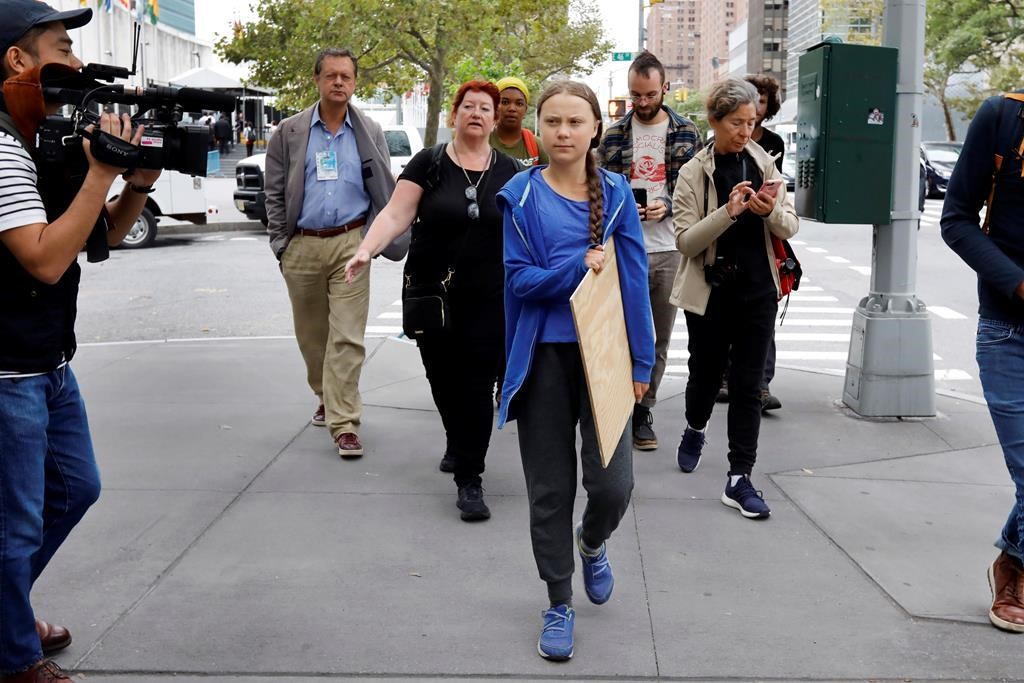 Swedish environmental activist Greta Thunberg arrives outside the United Nations to participate in a demonstration, on Friday, Sept. 6, 2019 in New York. Photo by The Associated Press/Richard Drew
Previous story
Next story

Teen environmental activist Greta Thunberg will be in Montreal at the end of the month to take part in a climate march.

The 16-year-old Swedish climate activist announced her presence at the Sept. 27 event via social media on Sunday.

Currently in New York to spread her message on the importance of fighting against the climate crisis, Thunberg had previously expressed her interest in coming to Quebec for the global day of mobilization for the environment.

Thunberg sailed across the Atlantic from England to Manhattan — a two-week trip — to attend the United Nations Climate Action Summit later this month.

She'd refused to fly to New York because of the carbon emissions involved in jet travel. She will also take part in a march in that city on Sept. 20.

A local Montreal collective that invited Thunberg to come to Montreal will hold a news conference on Tuesday to highlight her appearance.

According to the group, at least 867 cities around the world have protests planned for Sept. 27.