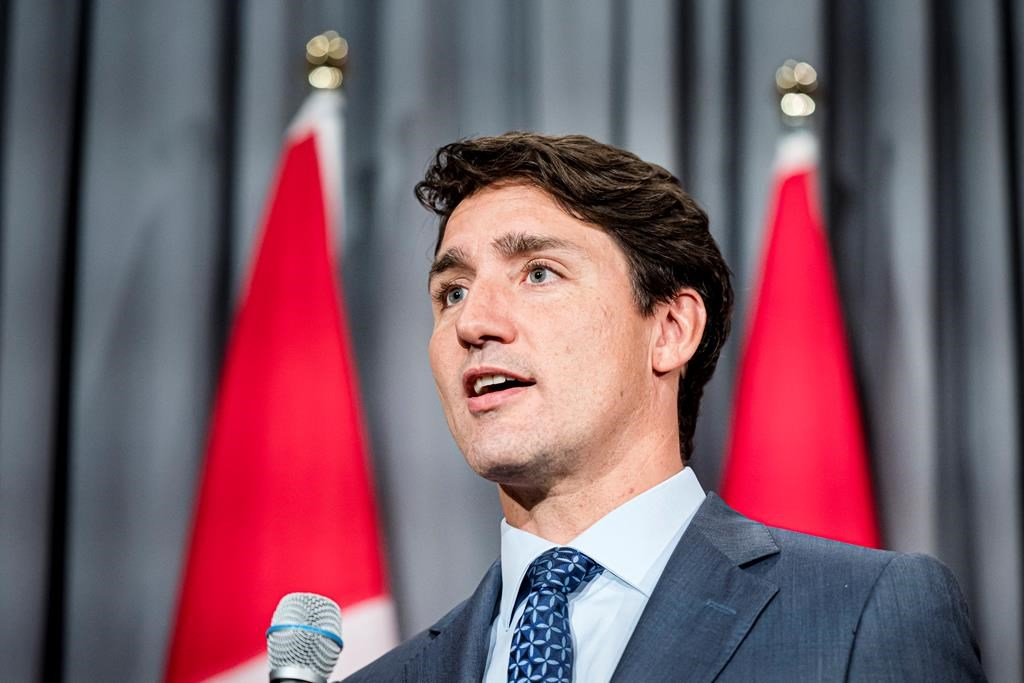 Justin Trudeau began his bid for re-election Wednesday by framing the next 40 days as a time for Canadians to make a choice: whether they want more of his sunny ways or a return to the gloomier days he says are characteristic of life under a Conservative government.

But clouding over his optimism was the SNC-Lavalin scandal, given fresh life by a Globe and Mail report that the RCMP's investigation into potential obstruction of justice in the matter has been limited by the shroud of cabinet confidence.

Moments after emerging from Rideau Hall, where he asked Gov. Gen. Julie Payette to dissolve Parliament, Trudeau faced a barrage of fresh questions on the affair.

Asked what his government is hiding, Trudeau said his office gave the largest waiver of cabinet confidences in Canadian history but would not add anything more.

He also declined to address what personal mistakes he might have made in the saga, which saw the ethics commissioner declare Trudeau broke the law by trying to influence a decision on whether the Quebec engineering firm should go to trial on charges related to alleged corrupt dealings in Libya.

"My job as prime minister is to be there to stand up for and defend Canadians' jobs," he said.

"I will always defend the public interest."

Before jumping on his own campaign plane this morning, a fired-up Conservative Leader Andrew Scheer said the SNC-Lavalin story showcases his belief that Trudeau has lost the moral authority to govern.

"Over the next five weeks I will be explaining the reasons why Justin Trudeau has lost that authority and our alternative plan," he said in French.

Scheer will spend Day 1 of the campaign in Quebec and Ontario, while Trudeau will head for Vancouver, the same place he launched his bid for election in 2015.

"We've done a lot together these past four years but the truth is we're just getting started," Trudeau said.

"So Canadians have an important choice to make — will we go back to the failed policies of the past or will we continue to move forward?"

Polls suggest the Liberals and Conservatives are running neck-and-neck, while the NDP and Greens are fighting for third.

The NDP are launching their campaign today in London, Ont., one of the regions of the province where they think they'll be able to hold onto seats. The Greens are in their own comfort zone of British Columbia, where Elizabeth May will launch her campaign in Victoria.

At the dissolution of Parliament, the Liberals hold 177 seats, the Conservatives 95, the NDP 39, the Bloc 10 and the Greens 2. There are eight independents — including former Liberal cabinet ministers Jane Philpott and Jody Wilson-Raybould. The People's Party of Canada has one seat and former New Democrat Erin Weir sits as a member of the Co-operative Commonwealth Federation. Five seats are vacant.