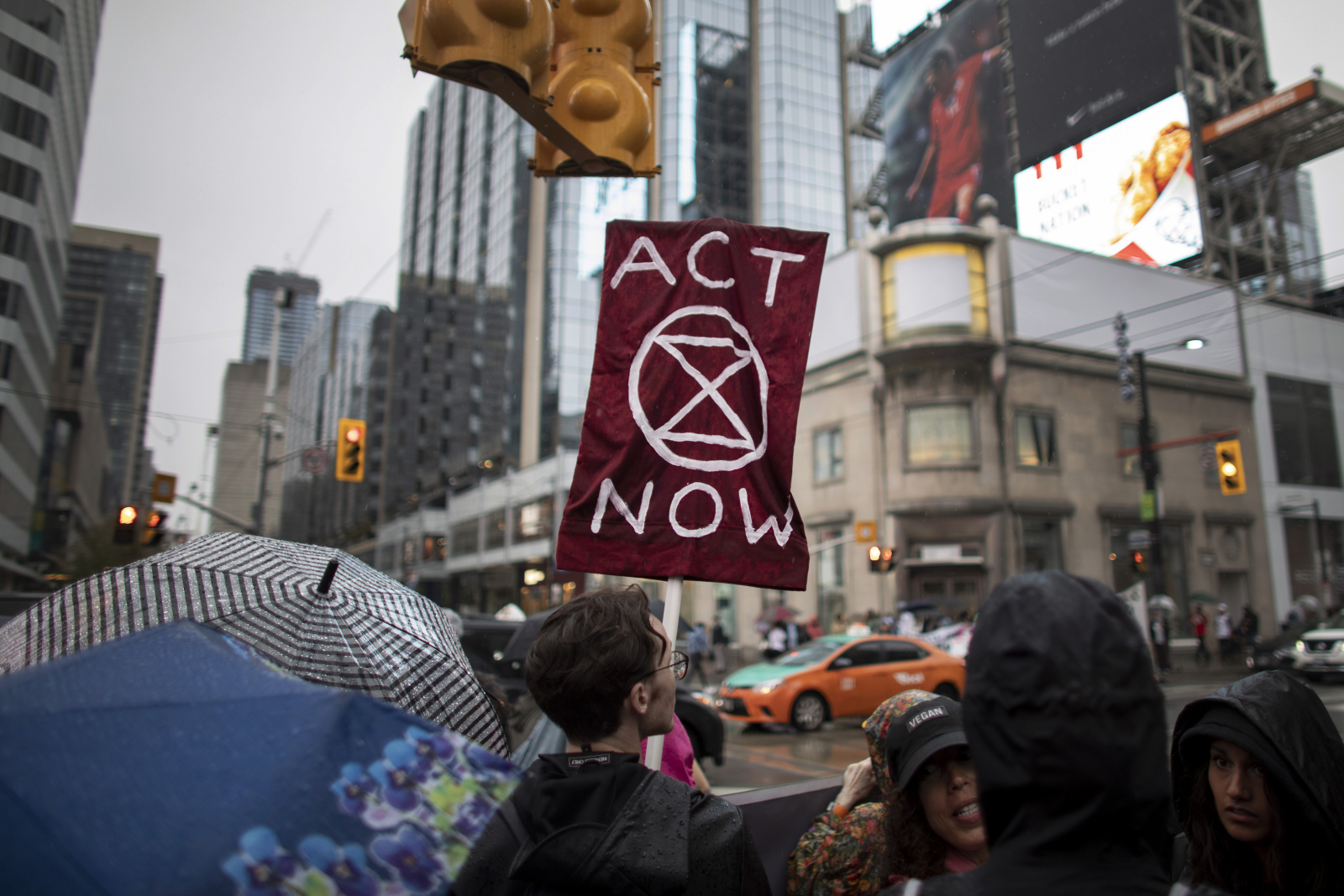 Protestors, joined by faith leaders and members of Extinction Rebellion Toronto, take over the intersection of Yonge and Dundas streets in Downtown Toronto as part of a demonstration declaring a climate crisis on June 10, 2019. Photo by Nick Iwanyshyn
Previous story

To avoid the worst consequences of global warming, report after report has stressed the importance of cutting emissions. But with unusually intense weather events wreaking havoc all over the world — from Hurricane Dorian in the Bahamas to heat waves in Europe — new findings suggest that the world needs to devote an equally urgent effort to adapt to the changes that are already on the horizon.

The 81-page report, released Tuesday by the Global Commission on Adaptation, argues that big investments in adaptation measures will not only avert environmental catastrophe but also reap significant returns: Researchers found an investment of $1.8 trillion from 2020 to 2030 could generate $7.1 trillion in total net benefits.

“Mitigation and adaptation are actually two sides of the very same coin,” Christiana Figueres, former executive secretary of the United Nations Framework Convention on Climate Change and a member of the adaptation commission, told the AP. “If we delay mitigation any further we will never be able to adapt sufficiently to keep humanity safe. And if we delay adaptation we will pay such a high price that we would never be able to look at ourselves in the mirror.”

So what kind of adaptation measures are we talking about? The new report recommends five specific areas in which to invest.

Early warning systems are technologies that can accurately forecast when a storm, heatwave, or other adverse weather event is incoming. According to the report, just 24 hours’ warning can reduce the resulting damage by 30 percent, and investing $800 million in such systems in developing countries would prevent $3–16 billion per year in losses.

The report’s authors suggest that upgrading living conditions in vulnerable communities — which might mean improving housing, water, sanitation, drainage, and waste management — will build resilience and strengthen their adaptive capacity. More climate-resilient infrastructure adds about 3 percent to upfront costs but provides $4 in benefits for every $1 of cost.

Investing in drought-resistant crops and modernizing irrigation systems could help protect small-scale farms from rising temperatures. If nothing is done, the report says, global crop yields could shrink by 30 percent by mid-century.

Mangroves — trees that grow in coastal swamps — reduce the impact of storm surges that threaten coastal communities. According to the report, mangrove forests prevent more than $80 billion per year in losses from coastal flooding and protect 18 million people. They also contribute just over $40 billion annually to sustain local fisheries. (Incidentally, mangrove forests are also an incredible natural carbon sink.)

Investing in water infrastructure and natural watersheds could expand access to clean water. Today, 3.6 billion people don’t have enough water for at least one month out of the year. Failing to act could expose an additional 1.4 billion people to water shortages by 2050.

Who’s gonna foot the bill for all this, you may ask? The report recommends a combination of public sector, private sector, and international financial support in developing countries, though it adds that “money is not flowing at the pace or scale needed.”