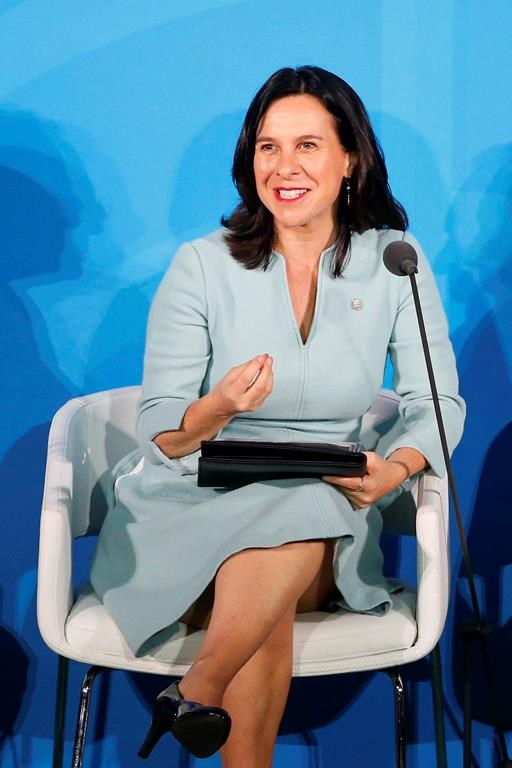 Montreal Mayor Valerie Plante was on the international stage at the United Nations Climate Summit today, telling the audience that cities will have a key role to play in the fight against climate change.

Plante says two-thirds of the world's population will live in urban centres by 2050, putting cities at the forefront of the climate fight.

And she vowed that Montreal would take a leadership role, committing to reduce carbon emissions by 55 per cent by 2030, which Plante called an ambitious but reachable goal.

In a brief speech to the UN General Assembly, she noted Montreal is aiming to surpass the UN target of a 45 per cent reduction in emissions from countries by 2030.

The UN seeks to achieve carbon neutrality — when as much carbon is removed from the atmosphere as is added — by 2050.

Plante said cities are working to tackle climate change, but much more needs to be done, and it will require the help of governments and the private sector.

"We know the recipe, and we know exactly what to do," she said Monday in a speech delivered in French.

Plante said reaching those goals will require such actions as reducing the use of cars for solo trips, increasing active transport and making buildings carbon neutral.

She also noted the city has moved to protect local biodiversity by stopping a large real estate project that would have destroyed the last of Montreal's large green spaces and added 10,000 more vehicles to the roadways.

Plante thanked youth who have mobilized in favour of the planet and "remind us every day that this Earth, we do not inherit from our ancestors, we borrow it from our children."

Plante's office says she was the only mayor to be invited to speak at the event.

Her remarks came ahead of Friday's climate march in Montreal to be attended by Swedish teen environmental activist Greta Thunberg. Thunberg will be given the key to the city during her visit.

Across the globe, young people call for action to save their world