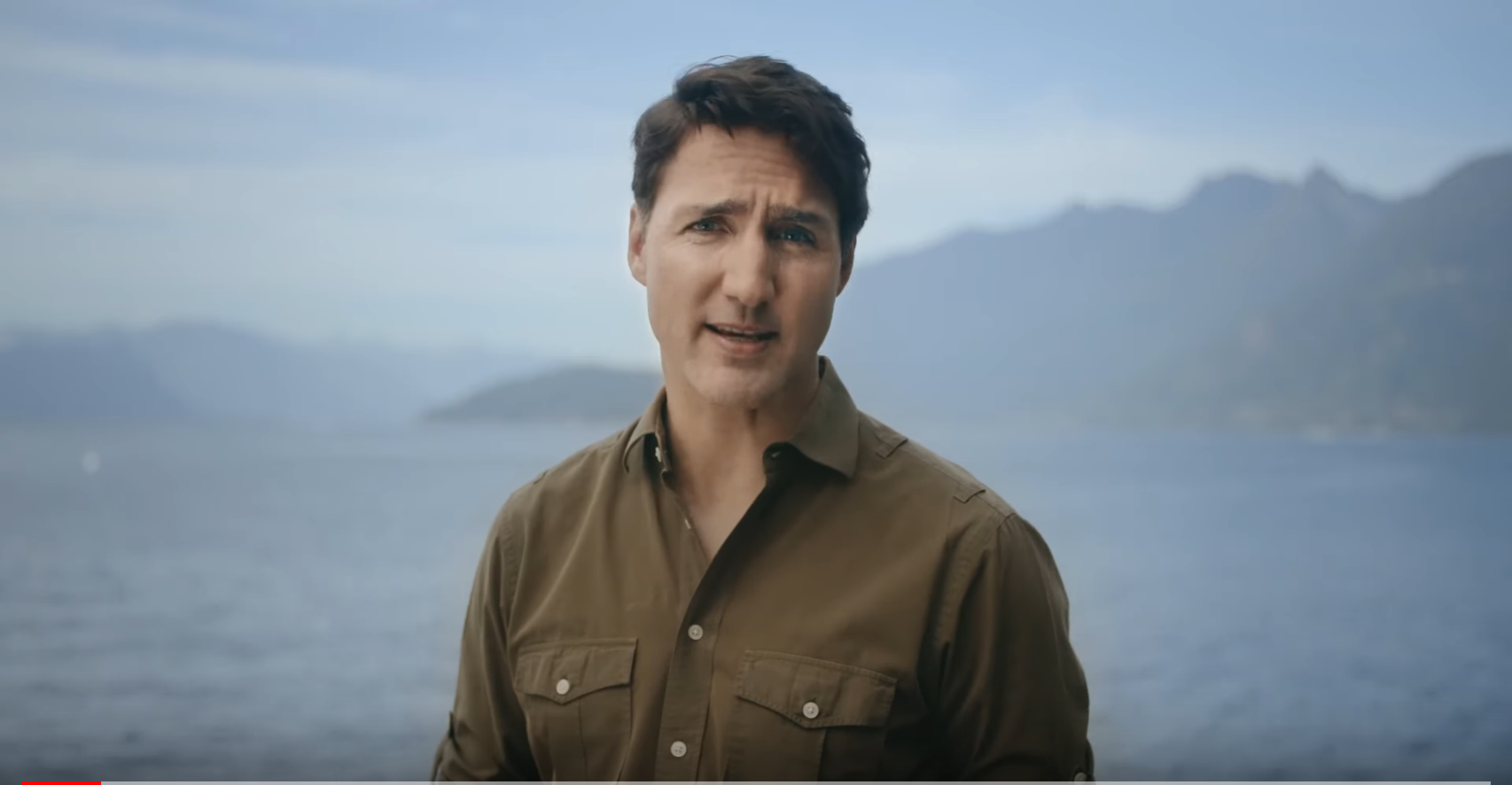 Prime Minister Justin Trudeau says he wants to be able to tell his children we stepped up to the challenge of climate change in the Liberals' latest campaign video. Image captured Sept. 24, 2019.
Previous story
Next story

The New Democrats are seeking to boost momentum in the polls with ambitious climate-action promises, while the ruling Liberals are trying to refresh their sullied record with tax cuts to hit net-zero emissions by 2050.

Prime Minister Justin Trudeau’s Liberal government said it would, if re-elected Oct. 21, halve taxes on businesses involved in the green transition, as Canada matched the 2050 net-zero pledge made by the European Union and other countries at the UN Climate Summit in New York this weekend.

Climate scientists broadly agree the net-zero target is necessary if we are to avoid the worst effects of global warming.

“Years from now, I want to look my kids in the eyes and say we stepped up on climate change,” Trudeau said during a campaign stop in Burnaby, B.C., on Tuesday.

“That’s why we worked long and hard to build our plan,” he says in a video that repeats the messaging. “Of course, it’s not perfect, and we need to do more, but it’s a serious plan that will reduce pollution and create jobs.”

The renewed focus on the environment and climate change comes as leading climate activist Greta Thunberg plans to travel from the UN summit to attend Montreal’s climate strike this Friday.

Eligible sectors could include manufacturing related to renewable energy, production of renewable fuels, zero-emission vehicles and batteries for them, carbon capture and removal technology and electric-vehicle charging systems.

NDP Leader Jagmeet Singh pushed back against Trudeau while unveiling more details of his party’s climate plan, saying the prime minister failed to live up to prior commitments and approved the Trans Mountain pipeline expansion without factoring it into the country’s emissions strategy.

Both the Liberals and the NDP sought to present their climate action plans in the best possible light on the campaign trail after the UN climate summit and ahead of major rallies in support of robust action.

“This is a crisis of epic proportion and in the face of this crisis, we see Mr. Trudeau, who continues to just say pretty words, empty promises but no action,” he said.

The Trans Mountain file has limited the prime minister’s ability to claim to have done all he could to drastically reduce Canada’s environmental impact, despite having introduced a price on pollution and a string of other green policies.

Singh repeated a promise that an NDP government would immediately end federal fossil fuel subsidies, which the party estimates are worth more than $1 billion a year. But when asked for a clear answer on whether he supports major LNG projects, such as the LNG Canada development in Kitimat, he was less decisive.

(B.C.'s NDP government has approved the project and is broadly supportive of developing liquefied natural gas resources, including via subsidy.)

“My position is, when it comes to energy in Canada and energy around the world, we have to get off all forms of carbon. That’s the future,” he said to the applause of assembled supporters.

He said the transition away from carbon-based energy production would require heavy investment in clean and renewable energy, without specific economic estimates.

Turning to the question of supporting major LNG projects such as LNG Canada, he said, “With any project, there needs to be ongoing work to make sure that all communities are consulted appropriately and that everyone has buy-in. There’s been significant work done, there’s always some more work to be done.”

An NDP spokesperson later added the party did not know the terms of agreements made in support of LNG Canada, and would be concerned about potential penalties for withdrawing that support.

Singh, who seeks to retain the Burnaby South seat he’s held only since winning a by-election in February, has said when asked about LNG in B.C. that the province has, “without any question, the most ambitious climate-action plan in Canada.”

“I’m disappointed at the federal level that we don’t have those targets, that Mr. Trudeau has approved Trans Mountain without factoring that into our emissions strategy.”

Conservative Leader Andrew Scheer also dismissed the Liberal climate plan, calling Trudeau "a master of improvisation" who is making policy up on the fly. Scheer also reiterated his past criticism of the Liberals' carbon tax, saying it makes life more expensive for Canadians.

But Scheer was non-committal about whether a Conservative government would consider adopting the zero-carbon target itself.

"We are committed to the targets that we have signed onto. We have committed to implementing our real plan for the environment, which gives Canada the best chance to reach those targets," Scheer said while campaigning in southwestern Ontario.

Green Leader Elizabeth May is meanwhile calling for all political leaders to march with her, Thunberg and tens of thousands of others in Montreal on Friday to demonstrate political unity.

“This crisis is more important than partisan politics,” she said. “Regardless of parties, regardless of this election, we need to stand together and proclaim that the status quo is over. Let's be sure our children know there is an adult in the room. Let's stop debating what is possible and start doing what is necessary."

The Green party platform proposes the creation of an inner cabinet, with members from all parties working together to address the climate crisis.

Trudeau’s campaign team said his schedule is announced the day before, and the NDP and Conservatives did not reply when asked if their leaders planned to attend.