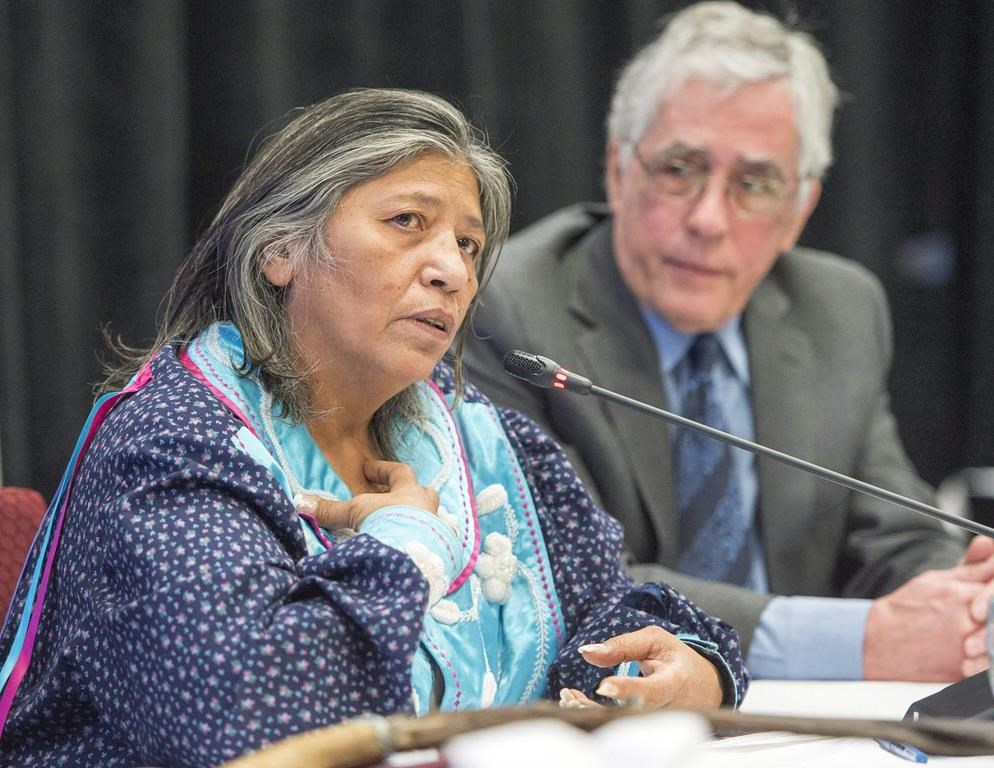 Mohawk elder Sedalia Fazio makes her opening statement as Jacques Viens, head of Quebec's Indigenous inquiry, looks on before the start of proceedings on Monday, February 12, 2018 in Montreal. File photo by The Canadian Press/Ryan Remiorz
Previous story
Next story

A Quebec inquiry that examined relations between Indigenous communities and the provincial government has issued a scathing final report that says the province should apologize.

The Viens Commission lays out 142 recommendations for the Quebec government in its final report submitted today.

The first one calls for a "public apology to members of First Nations and Quebec's Inuit for the harm caused by laws, policies, standards and the practices of public service providers."

The inquiry presided over by retired Quebec Superior Court judge Jacques Viens was convened in December 2016 to look into how Indigenous people are treated by the police, the province's youth protection agency, health and social services as well as the justice and correctional systems.

It wrapped up public hearings last December and today published its 520-page report, which concluded that Quebec's Indigenous peoples are victims of "systemic discrimination" in their relations with those departments and agencies.

Premier Francois Legault told Radio-Canada today that preceding governments have a lot to answer for and promised to follow up on the commission's findings.

"We must change the way we provide services to Indigenous peoples in Quebec," Legault said.

It seems that all of Canada's

It seems that all of Canada's governmental entities have signally failed to honour the notion that First Nations people are actually "Persons" in the fullest legal meaning of the word. Our treatment of the indigenous is an ongoing violation of human rights - not that we are at all exceptional in this respect but we should stop lying to ourselves and boasting about our moral superiority in these matters.

Canadians are as fearful, as bigoted, as discriminatory as other notorious human rights violators. This makes Canadians hypocrites of the first order. Time to put up or shut up!