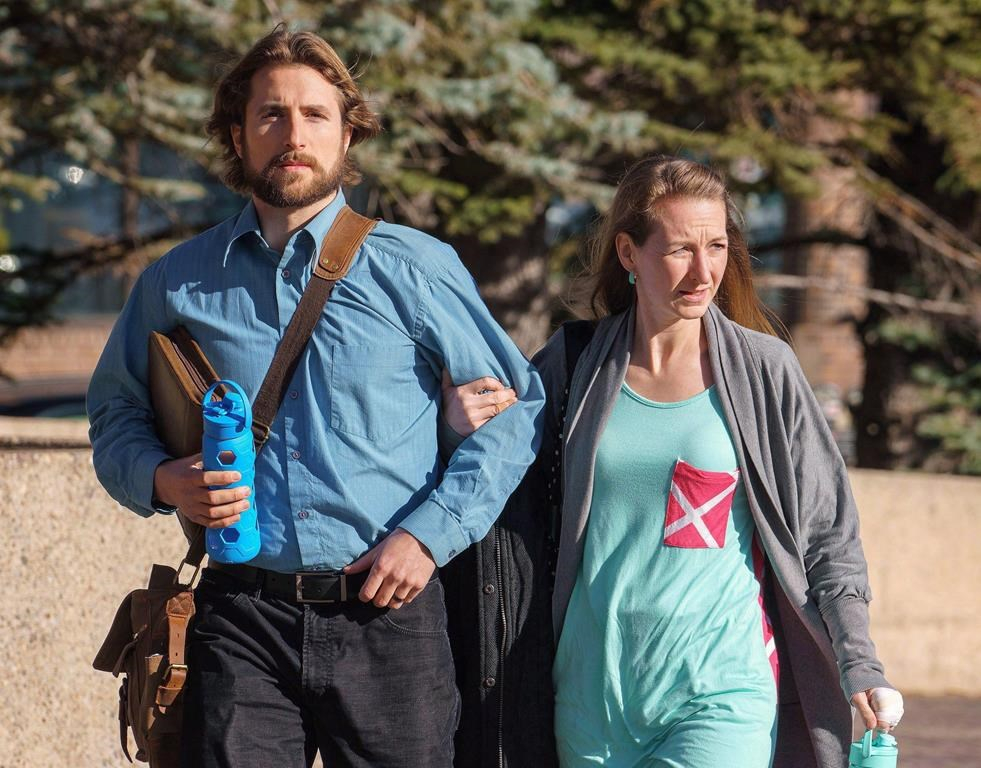 An Alberta judge's comments about an expert witness at the trial of parents who were accused in their son's death were "prejudiced, racist, xenophobic and anti-immigrant," says a letter by a group that represents Nigerian doctors in Canada.

The letter is signed by Adeyemi Laosebikan, president of the Canadian Association of Nigerian Physicians and Dentists, and is one of three complaints being investigated by the Canadian Judicial Council, which oversees federally appointed judges.

"In a multicultural society such as Canada, these comments are disturbing, divisive and unacceptable," the letter reads.

"Professionally, these comments are unethical and socially immoral. A position of influence such as that of a judge should be occupied by individuals who understand and truly apply the universal principles of natural justice, equity and fairness."

Last month, Justice Terry Clackson found David and Collet Stephan not guilty of failing to provide the necessaries of life to 19-month-old Ezekiel. The Stephans testified they thought their son had croup and that they used herbal remedies to treat him before he died in hospital.

In his decision, Clackson said the medical examiner called by the Crown, Dr. Bamidele Adeagbo, was hard to understand and spoke with an accent.

"His ability to articulate his thoughts in an understandable fashion was severely compromised by: his garbled enunciation; his failure to use appropriate endings for plurals and past tenses; his failure to use the appropriate definite and indefinite articles; his repeated emphasis of the wrong syllables; dropping his Hs; mispronouncing his vowels; and the speed of his responses,'' Clackson wrote in the decision.

Adeagbo, who is originally from Nigeria, did the autopsy on Ezekiel and testified that the boy died of bacterial meningitis. The judge sided with a forensic pathologist called by the defence, who said the boy's death was caused by a lack of oxygen.

"Mr. Justice Clackson in his written judgment unnecessarily smeared Mr. Adeagbo for his accent, that which he had no control over any more than the opposing medical expert had over her French accent," says the association's letter.

It asks that Clackson make a formal and public apology to Adeagbo. It also calls on the judicial council, the Canadian Bar Association and the Canadian Medical Association to publicly lend their voice.

"(Adeagbo) has been an expert witness for the Crown in the province of Alberta in more than 50 medico-legal cases and is actively involved in training medical students and postgraduate physicians," the letter says.

"Justice Terry Clackson's condescending comments and disposition to Dr. Bamidele Adeagbo on the basis of his accent and grammar fall short of honourable conduct and diminishes administration of justice."

Laosebikan, whose association has 2,000 members, said there was no choice but to respond to Clackson's comments once they became public.

"Any responsible organization would react in the same matter," he said in an interview Wednesday.

"This is a fellow medical professional who is being unduly maligned in the court of law while performing his professional and civic duty."

A group of 42 professors of medicine and law from across Canada filed a similar complaint last week with the judicial council.

Norman Sabourin, the council's executive director, said it has received a third complaint from an individual, but he did not name the person.

"All complaints are being reviewed in accordance with council's complaints procedures," Sabourin said. "The judge will be given the opportunity to comment."

Darryl Ruether, executive legal counsel for Court of Queen's Bench of Alberta, said Clackson will continue to sit as a justice.

"Because this matter is the subject of complaints before the CJC, and because it may be subject to appeal to the Alberta Court of Appeal, it would be inappropriate for the court to comment on it," he said.

Katherine Thompson with Alberta Justice said Wednesday that the Crown had not yet decided if it would appeal the verdict.