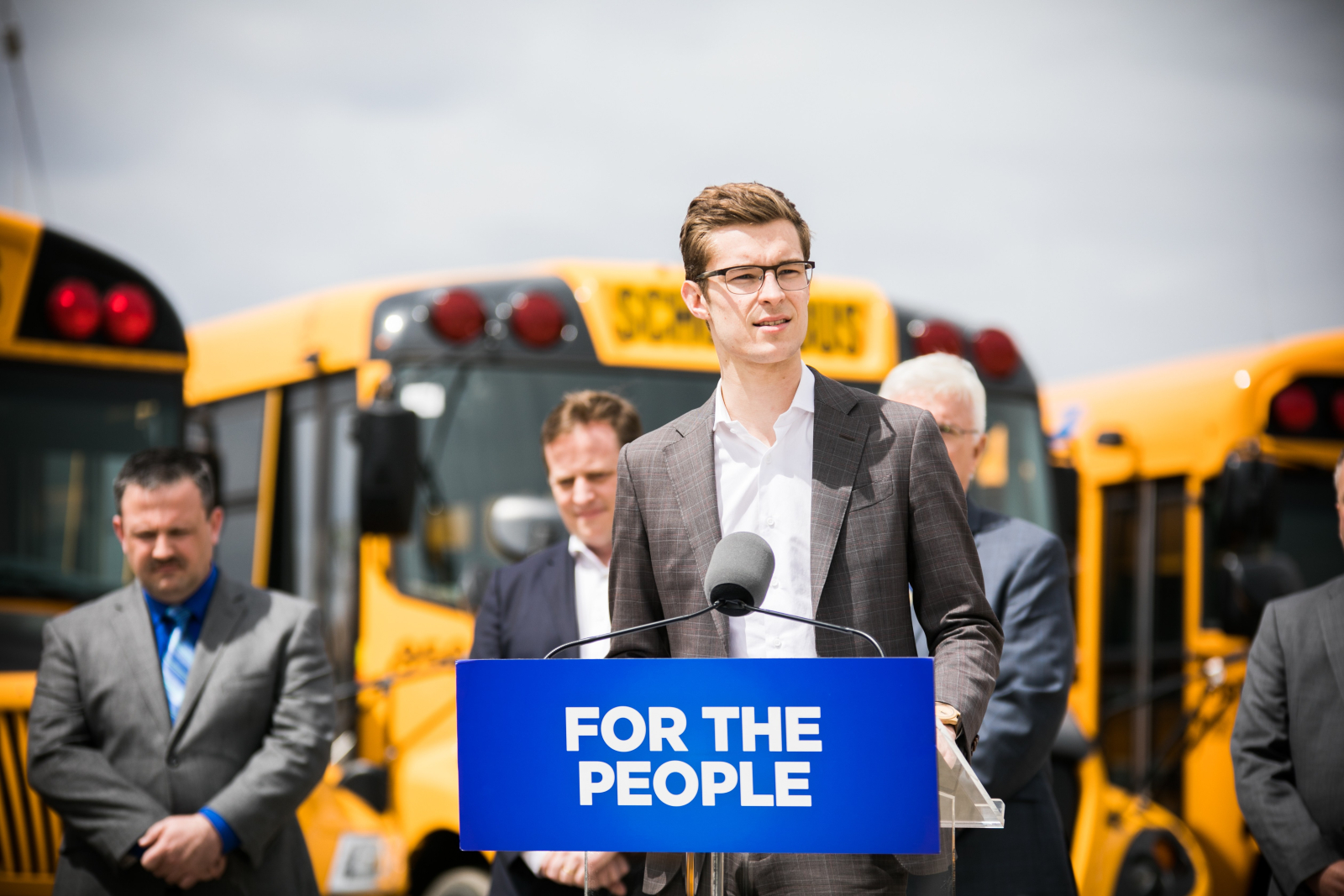 A Toronto brewery co-founder says her own trade group made a “colossal, tone-deaf mistake” in meeting with a Ford government politician who has vowed to fight abortion rights and same-sex marriage.

Mandie Murphy, who co-founded Toronto's Left Field Brewery, tore into Ontario Craft Brewers (OCB) in an open letter dated Tuesday and posted on the brewery’s website. Her concerns were echoed by two other breweries: Sawdust City Brewing Co., another OCB member based in Gravenhurst, Ont., as well as Hamilton’s Merit Brewing.

Murphy, the only female board member of the craft brewer trade group that claims to represent over 80 small businesses, said she was “sick with disappointment” that OCB had posted a photo on Twitter of its members alongside Sam Oosterhoff, the Niagara West MPP who has declared that abortion and same sex marriage should be illegal.

The photo, taken at Bench Brewing in Oosterhoff’s riding, shows some members smiling and raising a glass with the MPP. The tweet thanks him, as well as Stan Cho, the MPP for Willowdale and the Ford government’s parliamentary assistant to its finance minister — who is in charge of alcohol reforms — “for a fantastic roundtable on reforming Ontario’s alcohol system.”

“As a board member, I am sick with disappointment that this has happened under our watch,” Murphy added. “To be perfectly clear, I strongly disagree with MPP Oosterhoff’s stance on women’s rights, abortion, and LGTBQ rights. The fact that someone in power holds these views in today’s world terrifies me.”

Murphy was invited but was unable to attend the meeting, and acknowledged she could have just as easily attended, been in the photo, and thus now be in the firing line herself.

While she said that meetings with government representatives are an important part of the democratic process and that she had taken “many closed door government meetings” with MPPs this past year, she felt the public-relations element had gone too far.

”Despite not being present for the event or photo, I also take some accountability for it, as clearly we as a board should be asking more questions and managing photo-ops, meetings and social responses with a higher level of scrutiny,” she added.

Members of @OntCraftBrewers and others in province's beer industry are sharply critical of industry group for raising a glass with @samoosterhoff last weekend despite his anti-LGBTQ+ and anti-women views.

Oosterhoff, who defeated an establishment Progressive Conservative figure for the nomination, won his seat after pushing to revert Ontario’s sex education curriculum to a version that does not address issues of consent or gender identity. He is currently the parliamentary assistant to the minister of education.

He did not immediately respond to a request for comment from National Observer on the criticism of his role in the meeting.

Murphy’s note came a day after Sawdust City Brewing Co. had posted its own note on its website saying it did not know one of its former executives, pictured in the photo with Oosterhoff, was attending the roundtable discussion.

"We want to express our support for our female and LGBTQ staff and customers," the company wrote. "We are appalled that our brand was associated with values we do not share. We are actively addressing these serious concerns with the OCB … our beliefs in no way align with those stated by Oosterhoff."

Hamilton’s Merit Brewing, which is not a member of OCB, also expressed its outrage on Tuesday at the photo.

“For the unaware, Sam Oosterhoff has been a divisive figure to say the least. Maybe that’s saying it nicely ... he wants to destroy the rights of women and the LGBTQ+ community,” wrote the brewery.

“When the rights and safety of our communities are threatened, the advancement of our industry, or success of any of our businesses is not a priority,” it added. “First and foremost, as an industry we need to look after the safety and well-being of our staff, our guests, our colleagues, and the communities in which we exist.”

The OCB later apologized, suggesting it is a “single-issue trade association” and that it believes in a “diverse, equal and inclusive craft beer community.” But even that statement was criticized for being tone deaf, with some taking it as insinuating that it should not focus on broader social issues.

Bench Brewing Co, which hosted the meeting, also initially responded to the “discussions surrounding the Ontario Craft Brewers meeting” with a five-paragraph statement that defended it as an opportunity to engage with a government that is actively shaking up the beer landscape in Ontario, without mentioning Oosterhoff by name or engaging directly with the complaints.

“I’m disappointed,” Twitter user Aaron Bradley (@onezendad) wrote in response. “I cannot in good conscience bring my wife and daughters to a location that posed for a happy 'Cheers!' picture with someone who has time and time again indicated the sole reason he ran for office was to take away their rights.”

Bench later issued another statement by way of a Twitter thread, saying they did not fully grasp the implications of association with Oosterhoff in relation to the primary purpose of the meeting.

“While these conversations are important to the business of beer, naïvely, we did not grasp the full repercussions of our participation. In retrospect it was short sighted, and we are truly sorry for those offended and for not engaging in honest, candid dialogue afterwards.”

Sixteen members of this year’s graduating class from the brewing program at Niagara College issued their own statement, noting that Craig Youdale, the dean of the college’s Food and Wine Institute, was also in the photo and had not expressed regret for posing with Oosterhoff or released any statement in support of women and LGBTQ+ students.

Youdale referred questions from National Observer to the college, which said via a spokesperson that he had met with all students in its brewing courses on Wednesday, taking questions and providing a venue for them to share their concerns.

“Niagara College is a welcoming, diverse and inclusive learning community, and we respect the rights of our students and others to express opinions on important issues,” spokesperson Michael Wales said in an email.

“Niagara College is also a publicly-funded institution that has a responsibility to engage with elected representatives at all levels of government, from all political stripes, on issues that are relevant to our college, our students and the industries we serve,” it added.

This is the downside of electing retrogressive, agressively punitive fundamentalist/religious fanatics who insist on inserting their dogmatic positions into affairs of "state'. This is why most modern democracies take great pains to separate church and state. This is why one should never accept the spurious claim from the "faith" base, that their opinions and beliefs are required for the just conduct of public affairs.

The underlying message from all religions is that their's is the ONLY truth, the ONLY way to the virtuous, god-fearing life. They all have the hegemonic mind set and give them an inch of credence, they will attempt a coup d'etat.

Some of their methods are more subtle and insidious than the notoriety attracted by beheadings of infidels.

Make no mistake both methods are designed for only one purpose, not salvation but subjugation.