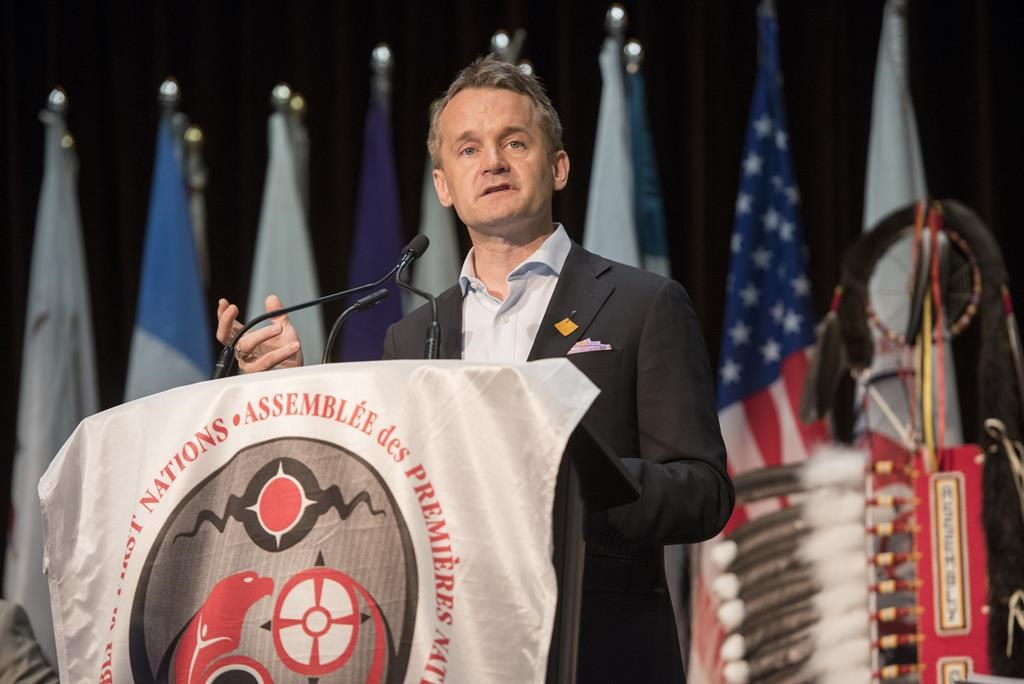 First Nations chiefs are expressing outrage and disappointment at the federal government's decision to appeal a Canadian Human Rights Tribunal ruling ordering Ottawa to pay billions of dollars in compensation to First Nations children and their families separated by a chronically underfunded child-welfare system.

"This is beyond unacceptable. The government of Canada is once again preparing to fight First Nations children in court," National Chief of the Assembly of First Nations Perry Bellegarde said in a statement Friday.

"The government could have addressed the broken system and the funding inequalities before, but they didn't. To appeal this CHRT ruling, which was meant to provide a measure of justice for First Nations children in care, is hurtful and unjust.”

The Assembly of Manitoba Chiefs issued its own statement.

"AMC is outraged by the actions of the Trudeau government today," said Grand Chief Arlen Dumas. "The decision today speaks to the lack of concern the federal government has for the children and families who have been harmed by a broken child-welfare system that's been imposed on them."

Off-reserve children, covered by provincial agencies, typically had more resources devoted to them.

The result was a mass removal of Indigenous children from their parents, for years, in a system Indigenous leaders say had more First Nations kids living in foster care than at the height of the residential-schools era.

The decision to challenge the ruling comes three days before the Oct. 7 deadline to file an appeal.

Prime Minister Justin Trudeau said he agrees with many of the tribunal's findings, including that victims should be compensated, but that more time is needed for consultation than the tribunal's Dec. 10 deadline allows.

More than three years ago, the tribunal ruled there was clear discrimination by the federal government against kids living on reserves who needed help from child welfare agencies. Ottawa, the tribunal said, didn't ensure services available to on-reserve children were funded at anywhere near the same levels as provincially funded services available off-reserve.

The tribunal put off a decision on compensation at that time.

Its final ruling awards $40,000 for each child unnecessarily taken away from his or her family since Jan. 1, 2006 and another $40,000 for each of their parents or grandparents. Similar amounts should go to children abused in foster care, and children on- and off-reserve who were taken into care because they couldn't access services there, including mental-health supports, suicide prevention and basic medical devices, the tribunal ruling states.

The Assembly of First Nations estimates the number of children involved at around 54,000, bringing the minimum compensation bill to $2.1 billion. If all of their parents also get compensation, that number would rise.

The final amount awarded could be as much as $8 billion, according to a Liberal source.

Indigenous children make up more than half of children in foster care in Canada, even though they are just seven per cent of all children under the age of 15. In some provinces, as many as 90 per cent of kids in care are First Nations, Metis or Inuit.

Indigenous Services Minister Seamus O'Regan echoed Trudeau's comments Friday, stressing repeatedly that he agrees with the overall finding of the need for compensation, but that the tribunal's Dec. 10 deadline to come up with a compensation plan is not enough time to get it right.

"This is an extremely specific and prescriptive ruling," he said in a telephone interview from Newfoundland.

"Look, I fully understand the political ramifications of this. And I'm cognizant of the signal it sends. But I can only reiterate that this is not, in fact, what we want to do. We are committed to meaningful collaboration and we have proven it time and again."

When asked whether any alternative legal avenues were explored to buy more time rather than appealing the decision, O'Regan said this was "the only way." He also said the judicial review is not being sought because of the costs involved, but to ensure the money will compensate victims and families in the right way.

"In identifying survivors, how do we go about that in a way that is not re-traumatizing for these people? So that process, and how we go about that, is going to be extremely important and it is not something that we can arrive at by Dec. 10. That's simply not possible."

"It shows a complete departure from the values that Mr. Trudeau talked about in public. It is clear there are two different Trudeaus: one that talks about the importance of Indigenous relationships, and the other that takes Indigenous kids to court," Singh said in Saskatoon.

"This is a moral failure, this is unjust, this is continuing an injustice."

He said a New Democratic government would accept the tribunal's decision and provide equal financial compensation for all First Nations children.

Half of Indigenous children live in poverty, study says