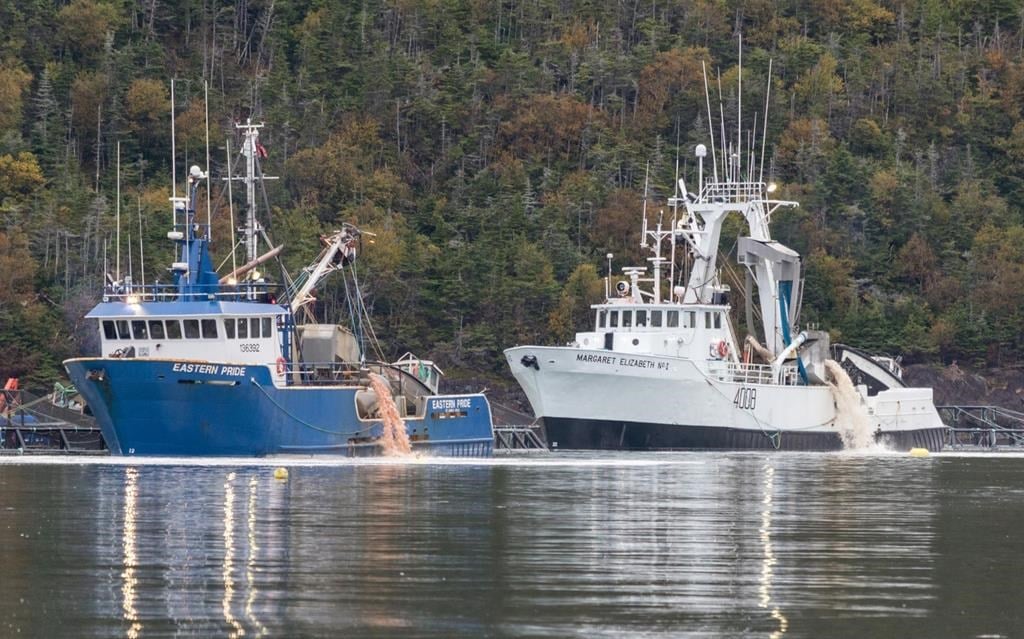 Pink residue is disposed into Fortune Bay in southern Newfoundland on Oct. 2 as part of a cleanup following salmon deaths at a fish farm last month. Handout photo by The Atlantic Salmon Federation
Previous story

Cleanup efforts continue after a mass die-off at a southern Newfoundland salmon farm, despite challenges including a stop work order on diving activities.

The province ordered a suspension of diving operations at Northern Harvest Sea Farms' Harbour Breton site after an "incident" involving a contracted diver over the weekend.

The Occupational Health and Safety branch of Service NL has also issued a stop work order to Strickland's Diving for all work sites as officers investigate the Saturday incident.

Northern Harvest, which is owned by a Norwegian company, had hired divers from Strickland's for the cleanup of an unconfirmed number of penned salmon whose deaths were detected in early September.

The company attributed the deaths to lack of oxygen as the fish clustered together while seeking relief from higher-than-usual water temperatures.

It says cleanup work continues while dives are suspended.

Northern Harvest has also responded to concerns about fat from decomposing fish that's been observed in the water around some sea cages, saying it is not harmful to human health and will be cleaned up.