Trudeau thanks morning commuters in his Montreal riding after election victory 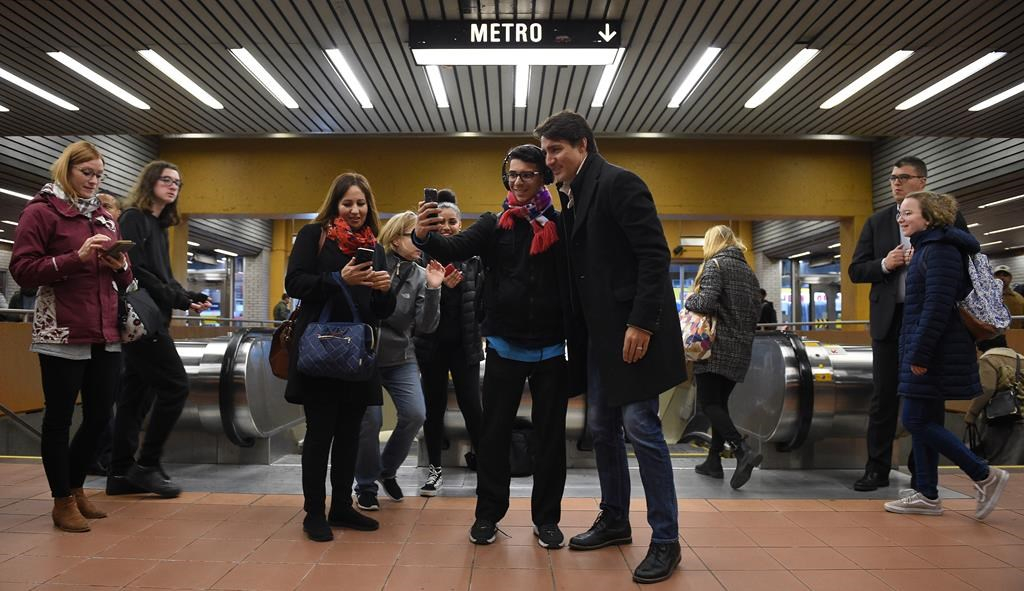 Prime Minister Justin Trudeau showed up at a Metro station Tuesday in his Montreal riding of Papineau to thank his constituents for helping the Liberals secure a minority-government victory.

Only a few hours after he left the stage at Liberal party election headquarters in Montreal, Trudeau stood at the top of the station's escalators to shake hands with commuters, thanking them as they congratulated him on his electoral success and posing for photos when asked.

"We see him on TV all the time," one boy was heard saying to another as they discussed whether to join other commuters waiting for a moment with Trudeau at the Jarry Metro station.

Trudeau made a similar appearance the morning after the Liberals won the 2015 election, surprising commuters in Montreal who were not expecting to see the prime minister on their way to school or work.

The Liberals were reduced to a minority government in this election, with a resurgent Bloc Quebecois tripling its seats in the province at the expense of both Liberals and the NDP.

The Liberals were also shut out of Alberta and Saskatchewan.

The Conservatives, who increased their seat count, also won the popular vote, meaning more Canadians voted for that party than any other in Monday's election.

Trudeau spent Monday in Montreal, where he brought his wife, Sophie Gregoire Trudeau, and their three children to vote in his riding of Papineau, which he has represented since 2008.

This report was first published by The Canadian Press on Oct. 22.