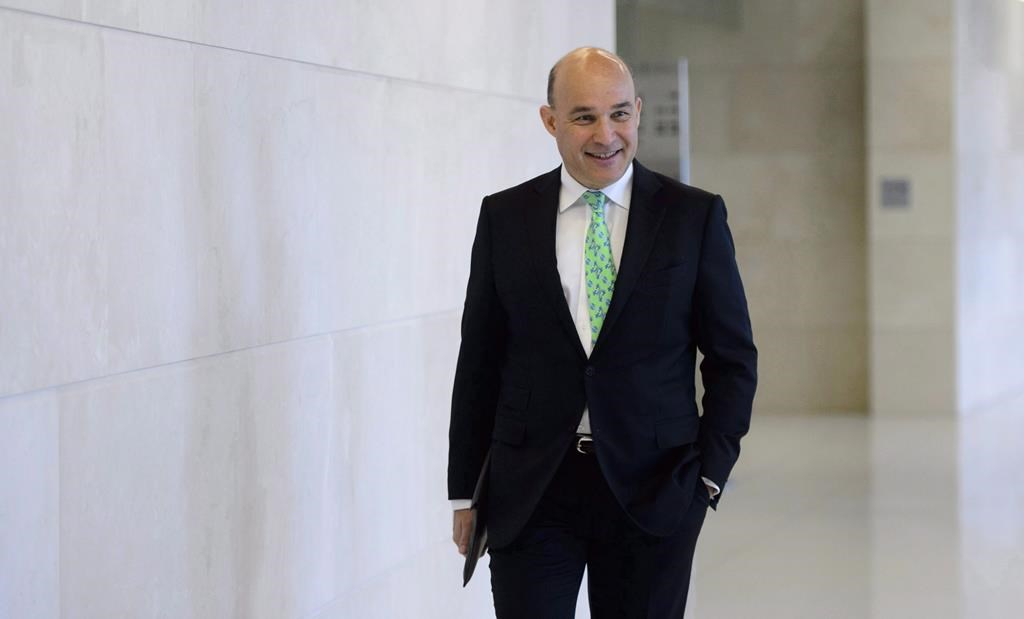 Jim Balsillie, chair of the Council of Canadian Innovators, arrives to appear as a witness at a Commons privacy and ethics committee in Ottawa on Thursday, May 10, 2018. File photo by The Canadian Press/Sean Kilpatrick
Previous story
Next story

Business leaders want Canada's newly elected lawmakers to shift their attention to the economy following an election campaign that sorely lacked a critical conversation: how to secure the country's future prosperity.

Much of the campaign's focus zeroed in on pocketbook commitments, which were designed to win individual voter support. Pledges emphasized redistribution of government money, with vows including tax cuts and credits, rather than detailed game plans on how to lift Canadian sectors.

The election's result — a minority mandate for the Liberals — will likely add an additional layer of uncertainty about the future of economic policy. To pass legislation, the Liberals will now have to find partners among their rivals, which creates doubts around what the government will eventually deliver.

The business community is urging the incoming government to build blueprints on how best to boost growth and to ensure Canada keeps up with the rest of the world.

"Lack of proposals or even discussions of a prosperity strategy by candidates seeking public office is very disconcerting," Jim Balsillie, former co-CEO of Research In Motion and chair of the Council of Canadian Innovators, told The Canadian Press in an email.

"Regardless of who governs, the only way we can pay for this country is by having a strategy to generate new revenues on a per-capita basis."

Balsillie, whose council represents some of Canada's fastest-growing firms, said in today's economy the most-valuable assets are intellectual property and data. He warned the economy will continue to face head winds unless Canada makes a real effort to encourage the commercialization of these assets.

Even with the global economy showing signs of a slowdown, the political parties largely steered clear of any thorough debate on the state of Canada's economy.

Dennis Darby, president and CEO of Canadian Manufacturers and Exporters, said the party leaders probably decided against putting forward growth-boosting strategies because some indicators — such as the low unemployment rate — have suggested the economy has been doing well.

He argues that Canada's performance has been far less encouraging in other areas — including weaknesses in GDP per capita, labour productivity relative to other OECD countries, capital investment and growth in exports.

"We're never against consumer tax cuts, but you have to be: 'What are we doing to try to get companies to invest?' "

He said the Liberals' minority government likely means at least part of their platform "is out the window," leaving business groups trying to figure out what they're actually going to do.

With 10 days remaining in the 40-day election campaign, the Canadian Agri-Food Trade Alliance took an unusual step of sending an open letter to party leaders to express its disappointment that there had been no serious discussion about how to ensure Canada's "long term economic success" by growing exports.

Claire Citeau, the alliance's executive director, said Friday the lack of a deep campaign debate about trade was particularly troubling at an uncertain time of international trade tensions and threats of expanding protectionism.

She said Canada's agri-food exports reached a record level in 2018 and are a big contributor to the country's economic growth and employment.

But Citeau said the opportunities for further growth "are being threatened by ... the uncertainty and erosion of predictability."

A spokesman for Finance Minister Bill Morneau said, after the new cabinet is sworn in on Nov. 20, the Liberal government will look at measures to grow the economy, increase productivity and add to the investments it made during its first mandate.

"Over the last four years, our government has worked hard to grow the economy, strengthen the middle class, and invest in making industries more competitive and innovative," Ryan Dunn said in an email.

This report by The Canadian Press was first published Oct. 27, 2019.