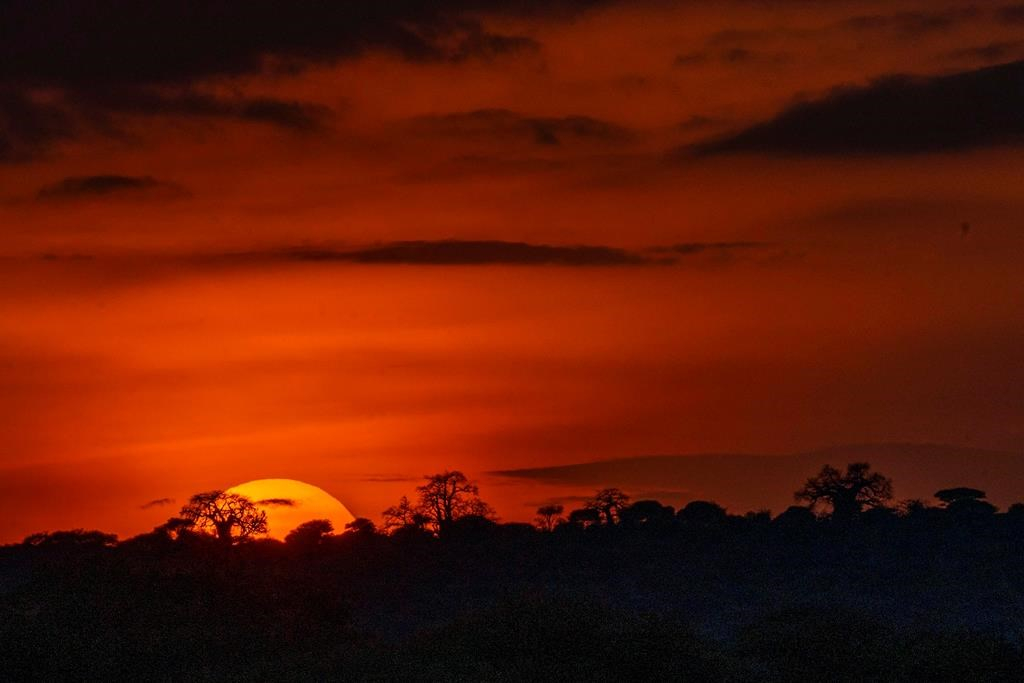 The Earth's warming climate will contribute to growing instability and insecurity on the continent, which is already grappling with pervasive economic, social and political challenges, says the starkly worded memorandum.

The document notes the Intergovernmental Panel on Climate Change predicts temperatures in Africa will rise between two and four per cent by 2100, about 1.5 times the global average.

Conflicts over water supplies, flooding and extreme weather events, food shortages and desertifcation could result, the memo says. In turn, there could be mass migration that leads to the spread of disease and increases in piracy and terrorism.

The six-page memo, prepared in April of last year for the deputy defence minister, was recently obtained by The Canadian Press under the Access to Information Act. Portions of the document were considered too sensitive to disclose.

Canada recently completed a year-long military deployment of helicopters and medical personnel to Mali, where water scarcity has worsened violence between factions.

"In general, the effects of climate change will present a more unstable, complicated and dangerous operational environment for the CAF in Africa."

The memo cautions that the effects of climate change anywhere in the world, and human responses to them, are impossible to predict precisely. However, it underscores the consequences of three broad changes stemming from rising temperatures: shifts in rainfall patterns, more frequent and serious weather events and a rise of sea levels.

— Devastating damage to infrastructure from more cyclones and flooding along the heavily populated coast from the Niger Delta to Accra, Ghana, and flash flooding and mudslides in Central Africa.

— The complete inundation of smaller islands and severe flooding of coastal centres of larger ones, contaminating freshwater and harming fisheries.

— Diminished crop yields from lack of rain and erosion of agricultural land from rising seas.

— Introduction of pathogens, such as the deadly Ebola virus, to new areas by migrants and a rise in malaria from mosquitoes nesting in more plentiful pools of standing water as more rain falls in some areas.

— Recruitment of desperate young people by criminal organizations involved in piracy, terrorism and trafficking in drugs or people.

Earlier this year, the British Ministry of Defence identified climate change as one of the greatest risks to defence and security. The U.S. military has also published a number of reports and papers outlining the potential impacts of climate transformation on its forces and operations.

Currently, the Canadian military has defence attaches in seven African countries, takes part in peace-support operations in the Democratic Republic of the Congo and South Sudan and periodically participates in other activities.

"Overall, the projected challenges of climate change reinforce the importance of sustaining, and potentially improving, CAF situational awareness in Africa," the memo says.

The document emphasizes the importance of helping Africa now to ensure it has the necessary "coping mechanisms" to deal with the many future challenges that will come — and prevent them from reaching Canada, said Canadian Forces College professor Walter Dorn.

The Liberal government's defence policy, released in June 2017, indicated Canada would need to enhance its relationships with African countries to successfully contribute to peace and security through training, the empowerment of women and girls and peacekeeping.

Yet Dorn, an expert on conflict prevention and peacekeeping, worries Ottawa isn't taking the issue seriously enough. He pointed to the lack of a comprehensive approach to Africa and the Liberals' lacklustre record on peacekeeping as evidence.

While the Liberals promised during the 2015 election campaign to significantly ramp up Canada's role in peacekeeping, the government has instead been accused of foot-dragging and contributing the bare minimum by United Nations officials and even some close allies.

"We have to plan to be able to help Africa with peace processes and with mitigating the effects of climate change, and this includes disaster response and peace operations," Dorn said. "These threats are global even if they originate in Africa."