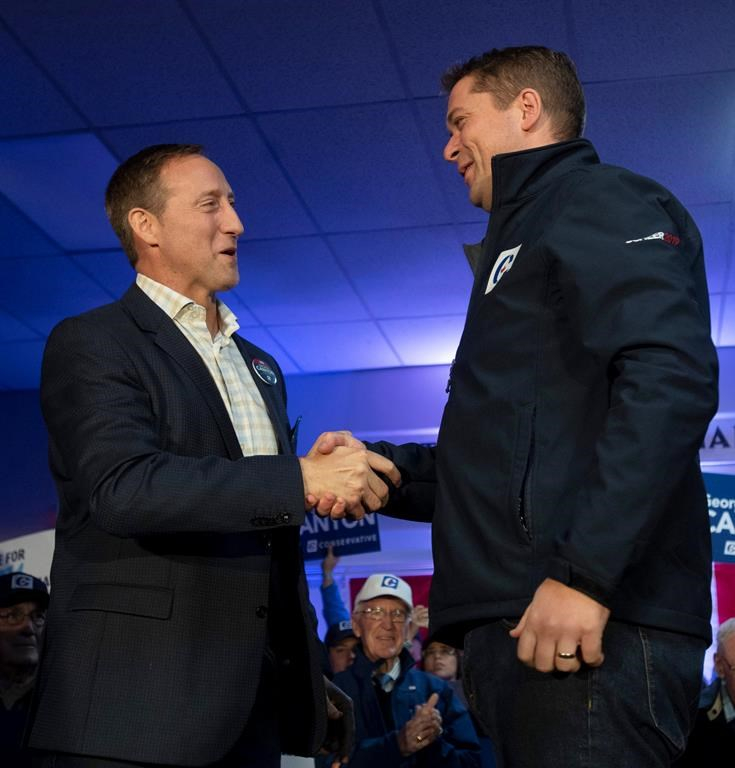 He offered the devastating critique of Scheer's campaign performance during a panel discussion Wednesday hosted by the Wilson Center in Washington.

"To use a good Canadian analogy, it was like having a breakaway on an open net and missing the net," MacKay said.

An increasing number of Conservatives, disappointed that Scheer was unable to defeat the Trudeau Liberals, have begun openly calling for him to resign and make way for a new leader who can expand the party's base and gain more traction in Ontario and Quebec. MacKay — who briefly led the Progressive Conservatives before they merged with the Canadian Alliance to form today's Conservative party — is prominent among those named as a potential successor.

Until now, the former cabinet minister has played down talk of a future leadership bid, insisting that he's fully supportive of Scheer.

"What went wrong? Well, I'm going to be very honest with you," MacKay said.

"And yet that was thrust onto the agenda and hung around Andrew Scheer's neck like a stinking albatross, quite frankly, and he wasn't able to deftly deal with those issues when opportunities arose."

Despite Scheer's repeated assurances that a Conservative government would not reopen either the abortion or same-sex marriage issues, MacKay said the issues created "a nervousness" among voters, particularly women.

MacKay also criticized Scheer's campaign for failing to "seize the agenda" with a big idea. Scheer's proposal to create a cross-country energy corridor could have been one such idea but it "didn't really catch on." It was a "compelling idea," MacKay said, but Scheer "didn't fill in the blanks."

Scheer's proposal to use technology, rather than taxes, to deal with climate change could have been another big idea. But the pace of modern campaigns makes it difficult for such ideas to gain much traction, MacKay said.

In the end, he said Canadians weren't inspired by either the Conservatives or the Liberals.

The Conservatives won 121 seats — 22 more than they took in 2015 — and came out marginally ahead of the Liberals in the popular vote, largely due to overwhelming support in Alberta and Saskatchewan. However, they failed to make the hoped-for gains in Quebec, Ontario and Atlantic Canada.

This report by The Canadian Press was first published Oct. 30.

Scheer lost in Ontario because he lied and lied and lied, and his policies aligned with those of Doug Ford.
Some of us will also remember the smell of whatever the heck it was McKay wore, when he ran for leadership. ISTR it was alliance with the Ree-ffoarmm Party, renamed Canadian Alliance.
I hope no one forgets that he was besties with Harper, in terms of policies, etc.
He's also a deal breaker: he didn't maintain his agreement with the kingmaker in that race, which was to not entertain or pursue alliance with the Reeffoarmm Party.
Or for that matter, that he called Belinda Stronach a dog.\ when she crossed the floor and broke off her romantic relationship with him.