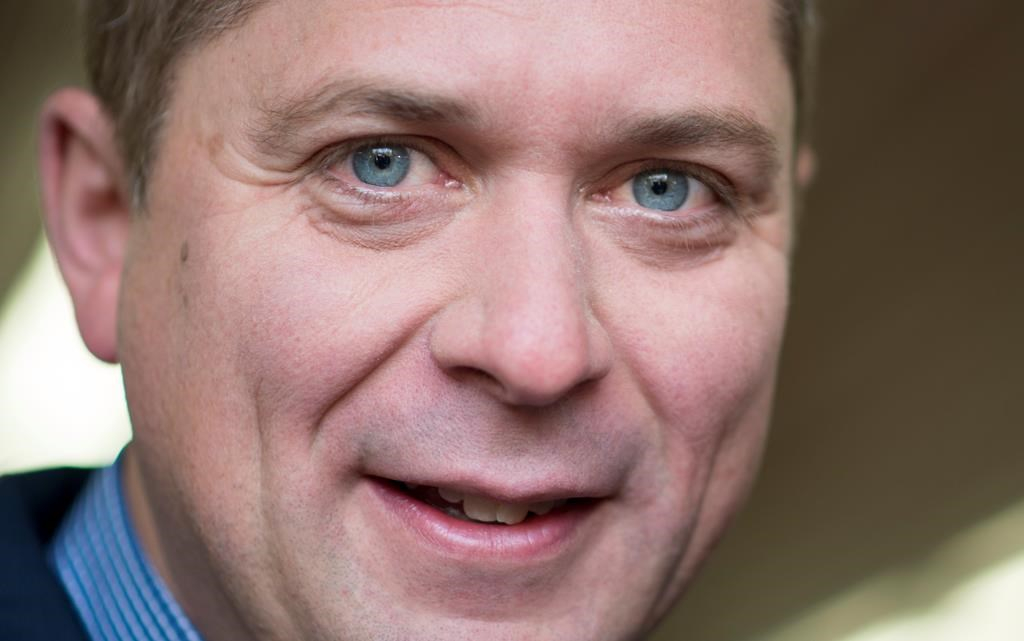 Andrew Scheer says he is personally against abortion, but promised a Conservative government under his leadership would not reopen the debate.

His political rivals pushed the Conservative leader to clarify his stance on abortion at the French-language debate hosted by private television network TVA on Wednesday night, demanding to know whether he is personally in favour of women having the right to choose.

Scheer didn't answer the question about his personal views on stage, and he has evaded such questions since before the election campaign began.

On Thursday, Scheer finally decided to elaborate, while arguing he has been upfront about his position since he first ran for office 15 years ago.

"My personal position has always been open and consistent," Scheer said Thursday in Upper Kingsclear, N.B.

"I am personally pro-life, but I have also made the commitment that as leader of this party, it is my responsibility to ensure that we do not reopen this debate, that we focus on issues that unite our party and unite Canadians," he said.

"That is exactly what I will do and that is why I will vote against measures that attempt to reopen this debate."

Scheer was pressed to clarify his stance on abortion this summer after it emerged that his Quebec lieutenant, Alain Rayes, had told candidates in the province that backbench MPs would not be allowed to bring forward any bills or motions on the issue.

That goes against party policy, which created confusion until Scheer, a practising Catholic who has voted in favour of restricting abortion rights in the past, said he would oppose any attempt to revive the issue in the House of Commons.

Asked whether his decision to finally say more about his personal views would put the matter to rest on the campaign trail, Scheer said he expects the Liberals to keep talking about it as a way to distract Canadians from their own record.

"It's a historic Liberal strategy, that when a Liberal government was dealing with scandal and corruption, it tried to sow fear among Canadians. It tried to divide Canadians with false attacks," Scheer said.

"So, I expect Justin Trudeau to continue to sow fear and division among Canadians, but Canadians can trust that as prime minister of Canada, I would not reopen this debate," he said.

With another major debate behind them, the federal party leaders were scattering across the country Wednesday.

They are all hoping that when the dust settles after the French-language debate, they will have broken out of the stasis the polls keep showing, despite three weeks of each party working hard to convince Canadians to support them in the Oct. 21 election.

Trudeau stayed in Montreal, where he met with local candidates and supporters. Scheer took his campaign to Atlantic Canada, with stops in New Brunswick and Nova Scotia.

New Democrat Leader Jagmeet Singh is in Toronto, returning to areas where he is hoping to take seats back from Liberals after an extended sojourn in British Columbia.

The Greens' Elizabeth May and the People's Party's Maxime Bernier are also on their respective home turfs — May on Vancouver Island and Bernier in Quebec's Beauce region.

Net week the leaders have two more debates, these ones organized by the new federal debates commission.