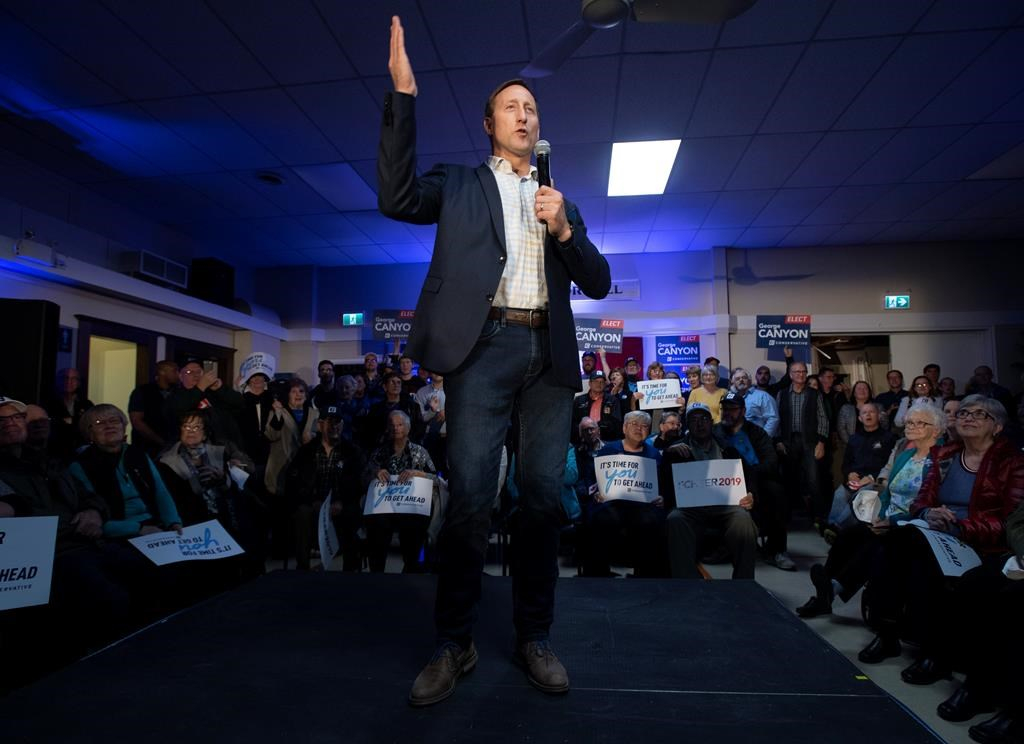 Signs are pointing to a civil war breaking out within the Conservative party, but breaking down along different lines than past internal battles that divided the party ideologically.

At its heart a single question: is Andrew Scheer personally and solely to blame for the failure of the party to capture a majority in last week's vote?

The Conservatives will soon announce who they've hired to conduct their campaign post-mortem to officially answer that question, but analysis is well underway — some of it very publicly.

At the grassroots level, one Conservative has launched an online petition calling on Scheer to resign, while hundreds of others have peppered Scheer's social media pages with pledges of allegiance, laying the loss at the feet of the media and the electoral system, among other things.

Some former Conservative MPs have also spoken out publicly about the results, attaching negative outcomes to Scheer's anti-abortion views. At the same time, the anti-abortion Campaign Life Coalition released an analysis Thursday suggesting candidates they supported did better than those they didn't.

"If Andrew Scheer had allowed the nomination of, and even actively sought out, more pro-life nomination candidates, the Conservative party could have potentially won significantly more seats than 121," the coalition said.

Behind closed doors, Conservatives are chewing over different things: why their storied ground game failed to deliver, why there were no communications strategies at the ready to tackle known points of weakness, and why Scheer and others raised public expectations that a majority was even in the cards when it was clear internally it wasn't.

Altogether, there's now a frenzy of speculation around the future of Scheer and the party that some insiders say is completely overblown, noting neither the Liberals nor NDP are seeing the same focus on their futures despite both having disappointing election results.

But some of that frenzy is being whipped up by a man long-thought to want to lead the Conservatives: Peter MacKay. MacKay was at the helm of the Progressive Conservatives when they merged with the Canadian Alliance to form the modern day Conservative party in 2004.

He didn't take a run at leading the new party then — the job went to Stephen Harper — but MacKay's decision to come out swinging this week against how Scheer ran his campaign revved up the rumour mill yet again that he's preparing a bid.

MacKay delivered a blistering critique of Scheer on Wednesday, calling his social conservative values a "stinking albatross" around his neck that cost the party the election, an opportunity MacKay likened to "having a breakaway on an open net and missing the net."

In the wee hours of Thursday morning, MacKay tweeted his support for Scheer, saying his comments were aimed at helping the party improve to win the next election.

"Reports of me organizing (are) false," MacKay wrote.

For nearly a decade after the Conservative party was formed, Harper worked to pull together the two factions of the party into a unified voice, an effort that many credit to him as his true legacy to the country.

Today, the fights between the old Alliance and PCs are a thing of the past, said Garry Keller, a former senior Conservative staffer.

The fights over the party's results last week come from different camps: those who think Scheer himself is to blame and those who are looking at the campaign as a whole — its tactics, strategy and policy, he said.

They are conversations that need to be had, but thoughtfully and over time.

"While people are both in private and in public talking about what do we need to do better the main thing is everyone needs to take a deep breath," Keller said.

"It's fun to vent, but it is actually not helpful in the long-term to the Conservative cause."

Scheer knew as soon as he saw the results on election night that he'll face a leadership review at the party's spring convention — it's mandatory if a leader fails to win a majority government. But when caucus meets for the first time next Tuesday he will face a first test: whether his team of MPs choose to exercise their power under the Reform Act of 2014 and give themselves the authority to launch a leadership review of their own.

The meeting will be presided over by Cheryl Gallant, who has the distinction of being the party's longest serving member of Parliament, a baton she inherited after the former "dean" of the caucus, Deepak Obhrai, died over the summer.

Scheer's main goal will be to get his caucus onside. He'll give a speech peppered with themes he covered on election night and since: look at the upside. A lead in the popular vote. An increase in seats. That the 2019 Conservative caucus is only three seats shy of how many MPs were elected in the 2006 election campaign that gave Harper his first government.

Scheer will likely also point to the fundraising numbers released Thursday that show the Tories continue to lead the way, bringing in $10.1 million in the third quarter of 2019.

"These results mean we're in the best position for the next election. It allows us to pay off election debt quicker, and maintain a level of election readiness no other party will be able to match," said Dustin van Vugt, the party's executive director, in an email.

This report by The Canadian Press first published on Oct. 31 2019.