These building rules could be our climate salvation 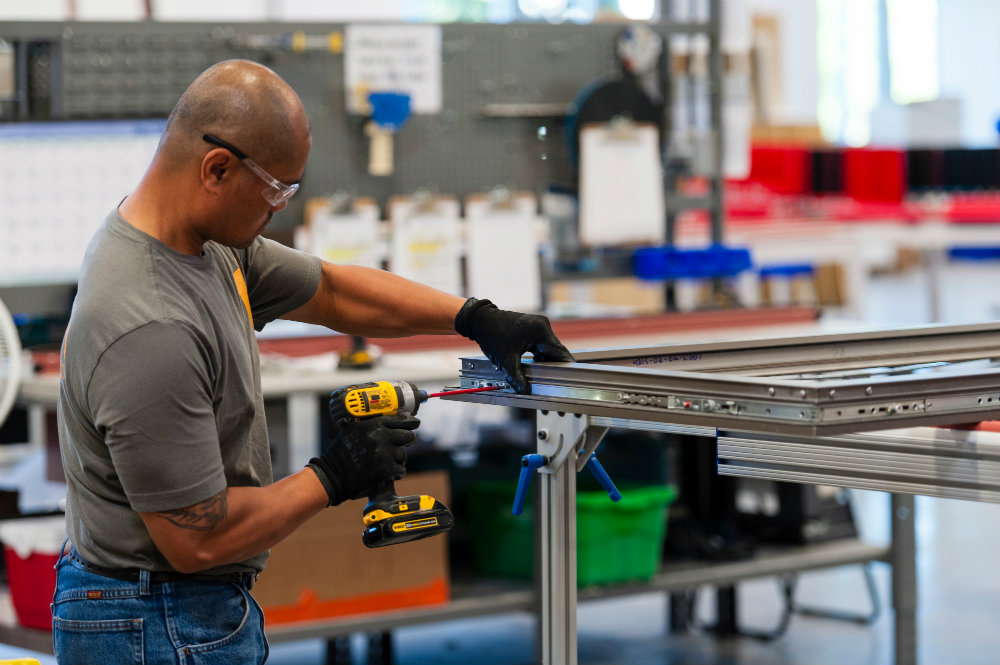 Not that anybody even raised an eyebrow. As conservative trolls drown the internet with disinformation on carbon pricing and cynical politicians force stupid and inaccurate stickers onto Ontario gas pumps, these regulations have been quietly working away in the background out west, driving down emissions in the communities that have been putting them to work.

Moreover, according to one recent report, they’re seeding the ground for a low-carbon economic bonanza.

If it’s not obvious by now, I’m a fan of these regulations. I’ve been writing about and advocating for climate and clean energy policies for close to a decade. I’ve produced dozens of reports on clean power and energy efficiency for Clean Energy Canada and other think tanks, renewable-energy industry associations, and others. And I believe these two policies will ultimately have as much of a positive impact on Vancouver’s—and British Columbia’s—climate leadership legacy and reputation as the much-celebrated carbon tax has had.

How the Regulations Work

But before we get too excited, what is the BC Energy Step Code, anyway? And what is the Zero Emissions Building Plan? And why am I such a fanboy?

Let’s start with the first one. British Columbia’s former Christy Clark government enacted the BC Energy Step Code mere days before calling the election that would eventually spell the undoing of her Liberal Party of British Columbia government. It did so after a team of industry, government, and utility experts hashed out the regulation’s core characteristics over the course of a year and a half.

In simplest terms, the provincial BC Energy Step Code regulation allows cities to require their builders to deliver a higher level of energy efficiency performance in new projects than is expected of them under the base building code. So far more than 50 cities are using it, and together they represent more than 70 percent of new residential construction in the province.

To understand the BC Energy Step Code, it helps to picture it as a metaphorical staircase. Each step up the stairs represents a higher level of measurable energy efficiency. Cities that use the regulation—it’s optional for them, but not for their builders — move up this “staircase” at their own pace, one “step” at a time. Each time they move up a step, new buildings going up become more energy efficient.

The BC Energy Step Code is basically irrelevant to existing homeowners who live in a community that is using the regulation, unless they intend to tear down their place and rebuild it, or launch into major renovations. In either instance, their builder will be constructing a more efficient home than they would normally would be required to do so, because the construction has to comply with the level of the BC Energy Step Code that their community has adopted.

Those who may be in the market for a new house or low-rise townhome might ask city hall when their community will be adopting Step 3 of the BC Energy Step Code. West Vancouver and both the city and district of North Vancouver are already there. Houses built to meet the requirements of Step 3 will be more durable and more comfortable, with better indoor air quality. And the owner or renter’s heating bill will be lower than it otherwise would have been.

The Zero Emissions Building Plan is similar, but explicitly targets greenhouse gas emissions instead of energy use more broadly, and it only applies in the City of Vancouver. But in both cases, new home buyers no longer have to think of energy efficiency as an optional “upgrade package”—competing for their attention with sexier items such as an all-granite kitchen or, God help me, a salamander broiler.

It’s built into the very DNA of the building.

Yes, thank you, I have heard about the housing affordability crisis.

It’s a very technical report, but the important bit is on page 37. That’s where we learn that in the areas of the province where most British Columbians live, “all buildings modeled were able to achieve Step 4 for less than a 3% incremental capital cost, and achieve Step 3 for less than 2.4%.”

Allow me to unpack that. First, a home built to meet the requirements of Step 3 or Step 4 will be substantially more durable, comfortable, and cheaper to heat than one built to minimum legal requirements. And, the researchers concluded, such a home can be built for 2.4 to 3% above what it would cost to construct it to the base building code. A series of real-world case studies subsequently confirmed the projections.

Three percent isn’t nothing, but it’s in line with what builders already pay to get up to speed each time there is a new building code update. And there’s another way of looking at it, too.

Earlier this year, with funding support from Natural Resources Canada and BC Hydro, I co-authored a report Lessons From the BC Energy Step Code. One of the sources I interviewed put the “costs” of energy efficient buildings into perspective nicely: “Just as with seismic standards, fire prevention and egress measures, and public health requirements, energy performance is not cost-neutral,” one interviewee said. “Rather, it is an investment for societal good.”

Some in Canada’s home building industry argue that energy efficiency measures must remain voluntary, and out of the realm of regulation. Unfortunately, that approach has not yielded a wave of high-performance, energy efficient, climate-fighting buildings. Instead, until these regulations came along, high-performance homes in B.C., and in most other places, were relegated to a niche product—pursued only by the most affluent home buyers.

Voluntary energy efficiency standards have effectively kept the many benefits of high-performance homes away from the broader market, from people like you and me. And they have only increased the retrofit burden we will need to deal with down the road as we eventually inevitably work to shift all building emissions to zero.

The BC Energy What Code?

The Province of British Columbia first made the BC Energy Step Code available to local governments in 2017, and it came into legal force at the end of that year. If you missed the hue and cry, that’s because there wasn’t one; all of the province’s largest building construction, and architecture groups helped put it together. No conflict meant no coverage.

The City of Vancouver’s regulation, developed through a similar process, enjoyed a similarly uneventful rollout. The media collectively yawned, and moved on to yet another story about pipelines.

Of the two regulations, only the Zero Emissions Building Plan explicitly targets carbon pollution. But Burnaby, Richmond, and Surrey have figured out how to use the BC Energy Step Code to advance their community climate goals. They’re making life a little easier for developers of tall buildings to install low-emissions super-efficient electric heating systems in their buildings rather than the default setup—boilers that burn natural gas, a fossil fuel.

And the BC Energy Step Code and the Zero Emissions Building Plan are significant on another level. They don’t just reduce energy waste in buildings; instead, they work to transform the industry from its very foundations. And along the way, it turns out, generate a lot of cash.

Still with me? Good, because I’ve saved the best part for last.

This past spring, the Vancouver Economic Commission released a study examining how the BC Energy Step Code and Zero Emissions Building Plan might together boost demand for high-performance, low-carbon building materials and technologies within Metro Vancouver, and what that would mean for the region’s economy.

The agency concluded that between today and 2032 these two boring regulations could together drive a new market for technologies and materials to the tune of $3.3 billion.

“There’s a whole new segment of the market that is emerging in different product categories as a result of the BC Energy Step Code and the Zero Emissions Building Plan,” George Benson, who works with the Vancouver Economic Commission as a green-building market consultant, told me.

Benson says it’s likely too early to start seeing the impact of the policies on British Columbia firms. But a low-carbon building boom is clearly on the horizon, he says.

“The point of the study was to do some forecasting to give these companies a longer runway to make business decisions and prepare for the changes,” says Benson. “Those folks who are paying attention and thinking about where their business is going, yeah they’re expecting an increase in business for the high-performance products.”

Benson’s team was interested in the export market potential for British Columbia companies that develop high-performance products. “We think other jurisdictions will be adopting similar performance-based policies in the style of the Step Code,” he says. “That’s where our manufacturers, designers, and installers are really going to shine.”

The BC Energy Step Code and Vancouver Zero Emissions Building Plan are just two examples of the many nerdy technical regulations that are quietly working away in the background, driving the systemic changes we need to effectively respond to climate change.

Under an agency called Codes Canada, the federal government is working on a tiered or stepped “model” building energy code loosely based on the BC Energy Step Code. Technical committees develop these model codes for the government which then offers them to all the provinces and territories, many of which adopt them outright.

The feds have also ordered utilities to accelerate the phase out of coal power plants that still help keep the lights on in Alberta, Saskatchewan, and Nova Scotia. Its Clean Fuel Standard—again, raise your hand if you’ve ever heard of it—will slash 30 million tonnes of carbon pollution each year by 2030. And Ottawa has directed oil and gas companies stop leaking and venting so much methane—a powerful and very dangerous climate pollutant.

Not that it gets much credit for any of this, at least not here at home. Certain Canadian environmental groups cannot stop talking about bitumen, and remain reluctant to offer any praise where it is due. (Meanwhile, just to the south of us, leading U.S. environmentalists have characterized Canada’s methane climate regulations as “globally leading.”)

Yes, carbon pricing will be helpful. Of course. But in the end, arcane regulations like the BC Energy Step Code will do much of the heavy lifting on climate change. They will carry us into a prosperous low-carbon economy, in British Columbia and everywhere else.

And ideally, nobody will even notice it happening.

By Barry Saxifrage | Opinion, Energy, Politics | November 2nd 2019
Reports from the Race to a Safer World

By Keith Doucette | News, Politics | October 31st 2019
Reports from the Race to a Safer World

This seems to be a great

This seems to be a great story and I'm very glad to find it -- very good news, and not widely reported.

But the writing style puts me off; it seems not up to the readability and the clear tone of your usual articles. No need to be so chatty or breezy to catch our attention, no need to talk down to us about a "metaphorical staircase" to explain the simple step-ups of the standard. We are not children; just make the points, without any fluff It's great material, and will carry itself.

Though without more detailed argument, it seems a stretch to say that the impact of improving new buildings could happen soon enough to amount to "climate salvation".