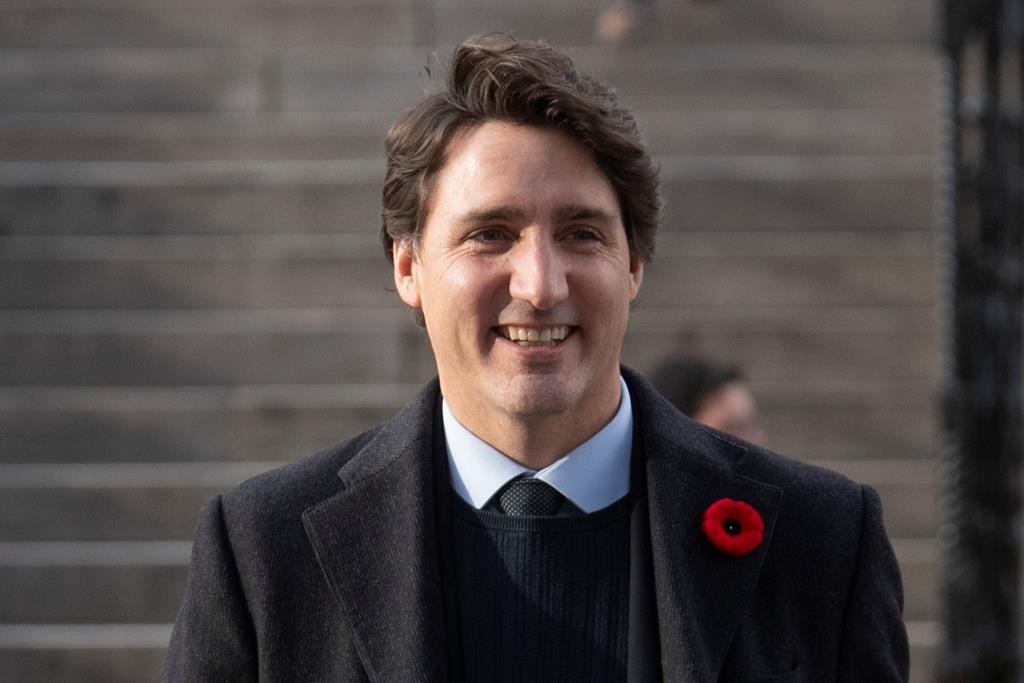 Justin Trudeau says his new government has a lot of work to do to ensure it is governing for the entire country, but his MPs are warning the prime minister not to go too far to placate regions that spurned core Liberal policies and values.

On his way into the first gathering of re-elected, newly elected and defeated Liberal MPs since the Oct. 21 vote, Trudeau said that western alienation is a "significant issue" for his government.

"That continues to be a significant issue that we're talking about, that I've been reaching out to premiers, to mayors, to business leaders, to colleagues and former colleagues on," Trudeau said Thursday.

"There's a lot of work to do to ensure we're governing for the entire country."

The Liberals were shut out of Alberta and Saskatchewan but held onto enough seats elsewhere, particularly Ontario, to continue governing with a minority of seats in the House of Commons.

Trudeau's name is politically toxic in the two resource-dependent prairie provinces, where the vast majority of voters believe the Liberal carbon tax and other policies aimed at fighting climate change are detrimental to the already-hurting oil patch.

The Liberals also lost seats and failed to make hoped-for gains in Quebec as the separatist Bloc Quebecois staged a resurgence, in large part due to the popularity of the provincial government's new secularism law banning individuals in positions of authority, including teachers and police, from wearing religious symbols on the job.

Of all the national leaders during the campaign, Trudeau took the strongest stance against the law, refusing to rule out federal intervention in court challenges.

Various current and former MPs said they expect Trudeau to expand his inner circle of advisers, which has tended to be dominated by people who previously worked for Liberal governments in Ontario, to include more westerners and Quebecers, and to find other ways of consulting people in those provinces.

Some Liberals tout veteran cabinet minister Ralph Goodale, who was defeated in his Saskatchewan riding after more than 25 years as an MP, as a valuable addition to the Prime Minister's Office.

He said he has not yet had time to seriously reflect on his future but added: "The first duty of every member of Parliament should be the unity and cohesion and success of the country and any way that I can make a contribution to that in my post-parliamentary life, I'm happy to do."

But beyond the "structural" issue of how to include western views in government, Goodale said it's more important that the government demonstrate an understanding of the economic insecurity felt by westerners and make sure it's addressed "in a conscientious way that builds Canadian unity."

"There's a very challenging circle to square here," he said. "We have to demonstrate that it is" possible to simultaneously protect the environment and promote economic growth.

Randy Boissonnault, who lost his Edmonton seat, said the government must understand "at a very deep level, not just what the anger is" in the prairie provinces, but engage face-to-face with westerners about how to keep the country united.

He suggested it would be a good idea for the government to increase staff at the regional offices of ministers so that there are more people on the ground in Alberta and Saskatchewan to ensure those voices are heard.

"I think if we can engage in a not temporary but a long-term, concerted outreach across Alberta and Saskatchewan, that will take the temperature down and allow people to move on," he said.

But re-elected Montreal MP Anthony Housefather said there must be limits to how far the government goes to reach out to voters who rejected the Liberal message.

Housefather said talking to one another and handling disagreements in "a respectful way" will go a long way to bridging divides exposed by the election results.

In an interview prior to the meeting, re-elected Montreal MP Alexandra Mendes expressed frustration with what she termed the populist, selfish, "me, me, me" attitude of some western and Quebec voters, who cared only about the interests of their provinces and not the country as a whole.

"Do we have to listen to it in a way that will accommodate that point of view? No, I don't think so personally," she said.

"At some point, they'll have to be called out on their incoherences and the dangers that they are threatening to the unity of the country."

David Graham, who was defeated in his Quebec riding, attributed his loss at least in part to the Liberals' opposition to the province's secularism law. But he had no regrets about the stance he and Trudeau took.

"If I lost the election because I defended people's rights then, damn, I lost for the right reason," Graham said, adding that Trudeau must "continue to stand for what he believes in, what's good for the country as a whole."

Jonathan Wilkinson, the fisheries minister who won re-election in British Columbia, disputed suggestions that the views of voters in Alberta and Saskatchewan are "antithetical" to Liberal policies and values.

Prairie voters are concerned about the impact of the transition off a fossil fuel-based economy but, as someone who's run clean tech businesses in the past, Wilkinson said: "I think there are ways that technology can help us play a role in terms of bridging some of these conversations."

Robert-Falcon Ouellette, who lost in his Winnipeg riding, said the government is attempting "a very tricky balance" between the economic and employment prospects of westerners and the desire of Canadians elsewhere to protect the environment.

He predicted Trudeau will adopt a "very different tone," having to work with more people to move his minority government's agenda ahead.

"I don't think we're going to head into an us-versus-them type of mentality. It doesn't fit our DNA. It's more of like, even though maybe you didn't vote for us, how can we still work together, how can we win your confidence?"

Earlier Thursday, Trudeau met with P.E.I. Premier Dennis King, who is leading a recently elected Progressive Conservative minority government of his own. The meeting was just the first of several the prime minister has planned with premiers in the coming days, including Manitoba's Brian Pallister on Friday.

"As I reflect on the need to work well with others, your example of how you've managed a minority government, working with the Greens in a very constructive, productive way, for Prince Edward Island, I look forward to picking your brain on how you're working so well with others because that's going to be important to me," Trudeau said.

King suggested it would "actually be refreshing" for all parties if federal politicians followed P.E.I.'s example.

At the gathering of Liberals later, Jim Carr, the international trade diversification minister who won re-election in Winnipeg, put in a surprise appearance.

He was diagnosed the day after the election with multiple myeloma, a form of blood cancer. He did not rule out returning to cabinet, although he is undergoing treatment.

This report from The Canadian Press was first published Nov. 7, 2019.

— With files from Teresa Wright in Ottawa