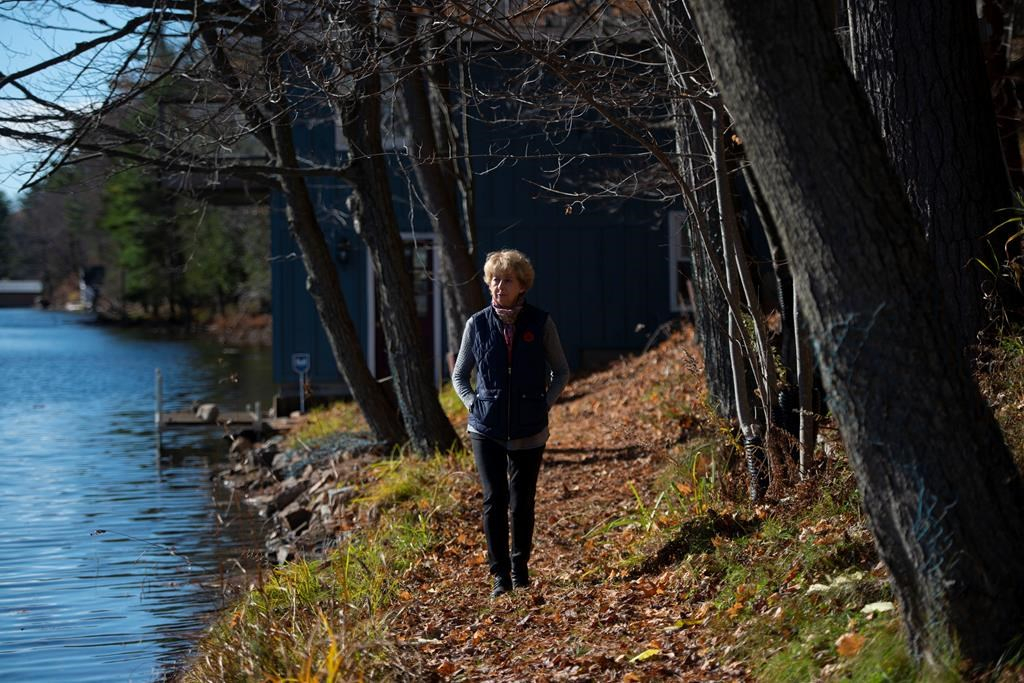 Not only did Reine Samson Dawe's husband serve his entire career in the Canadian Armed Forces, but her four sons all followed in his footsteps. And while she is quick to point to the many ways military life has benefited her family, there have also been hardships — including the death of her youngest son, Capt. Matthew Dawe, in Afghanistan in 2007.

Selected this year's Silver Cross Mother by the Royal Canadian Legion, Samson Dawe will lay a wreath at the base of the National War Memorial during Monday's Remembrance Day ceremonies on behalf of all mothers who have lost children as a result of military service to Canada.

In an interview from her home in Kingston, Ont., Samson Dawe acknowledged the challenges that come with being part of a military family. Those include frequent relocations, often to relatively isolated communities, as well as the separation that comes with training and deployments and the threat of a loved one being injured or killed in the line of duty.

Samson Dawe, who met her husband while interning at a military hospital in Halifax after studying physiotherapy in Montreal, recalls the night in 2002 when four Canadian soldiers were killed by a U.S. warplane in Afghanistan. Her two oldest sons, Peter and Philip, were serving in the country at the time and she barely slept a wink while waiting for news.

"When Pete called and the first thing he said was 'Mom, we're OK,' I couldn't speak," she said. "I cried my eyes out. At that point, there was no restraint or anything. I was so relieved. But those are moments that are extremely difficult, obviously."

Five years later, however, Matthew Dawe was killed by an improvised explosive device along with five of his fellow Canadian soldiers and an Afghan interpreter. The 27-year-old died the same day his son, Lucas, turned two.

Even now, Samson Dawe has difficulty relating how the tragedy affected her and her family. But she credits her son's death with having brought the family closer together as they struggled to cope with its aftermath, which included supporting Lucas. And despite losing her son, she prefers to see the positives of her unexpected life as the wife and mother of Forces members.

"We were young and I always thought it was a bit of a challenge to move at times, but it was also an adventure and I enjoyed going to new places and meeting new people," Samson Dawe said, adding it also helped build resiliency in her and her sons.

The federal government did not historically give much thought to military families for most of the last century, said Canadian War Museum historian Tim Cook.

"The care of the families was not primarily the task of (the Department of National Defence) and others," Cook said. "It was to win the war. And I think what we found, certainly in the second half of the 20th century, was that we were doing a poor job in helping families deal with grief and loss and re-integrating veterans back."

It was only after the Cold War, when Canadian military personnel deployed on a variety of different missions, most of them peacekeeping, there was "a renewed affirmation of the relationship between stable, functioning military families and an effective, sustainable fighting force," the Canadian Armed Forces ombudsman wrote in 2013.

"Consequently, support to families has been elevated to a top institutional priority for much of the post-2000 period."

The Canadian Armed Forces now maintains a network of 32 Military Family Resource Centres on bases across the country, which serve as a one-stop shop for families who are moving to new areas or dealing with the stresses of separation and loss.

A covenant was also released in 2008 promising military families would not be put at a disadvantage because a loved one is serving in uniform; the government's defence policy, released in June 2017, also committed to additional funds and support for families.

"You don't really know the lifestyle until you've lived it," said Taylor Galloway, family engagement services manager at the MFRC in Ottawa, who works closely with military families in the national capital region.

The Vanier Institute of the Family released a study last week that found many military families in Canada continue to face more financial challenges than their civilian counterparts, including additional costs associated with relocations and deployments and husbands and wives having to sacrifice careers for a military spouse.

Many military families also have difficulty accessing health care, according to an article published in the Canadian Family Physician journal in January. The article noted that while Forces members are treated through the military health-care system, "their families must repeatedly navigate multiple civilian provincial and territorial health systems."

And while only a fraction of military families are affected by service-related injuries or illnesses, an August 2018 report by the Canadian Forces Morale and Welfare Services group, which is responsible for their well-being, found the impacts can be severe.

Overall, the CFMWS report found roughly 10 per cent of military families were struggling. And while one-third of military families felt they were well supported, "one-third did not think so and one-third were neutral." The report added that overall family participation in offered programs and services was low, though those who did participate felt the services were beneficial.

For her part, Samson Dawe encouraged military families to access the support and services that has been made available to help. And while she didn't want to diminish the support shown her family after Matthew's death, she urged Canadians across the country to spare a thought for military families on Remembrance Day — and every other day of the year as well.

"I would like Canadians to demonstrate their support to the military families," she said. "The last thing that the families want, and I think that goes for soldiers in general, they don't want pity. They deserve a whole lot more than that."

This report by The Canadian Press was first published on Nov. 10, 2019.

Remembrance means committing ourselves to peace and justice