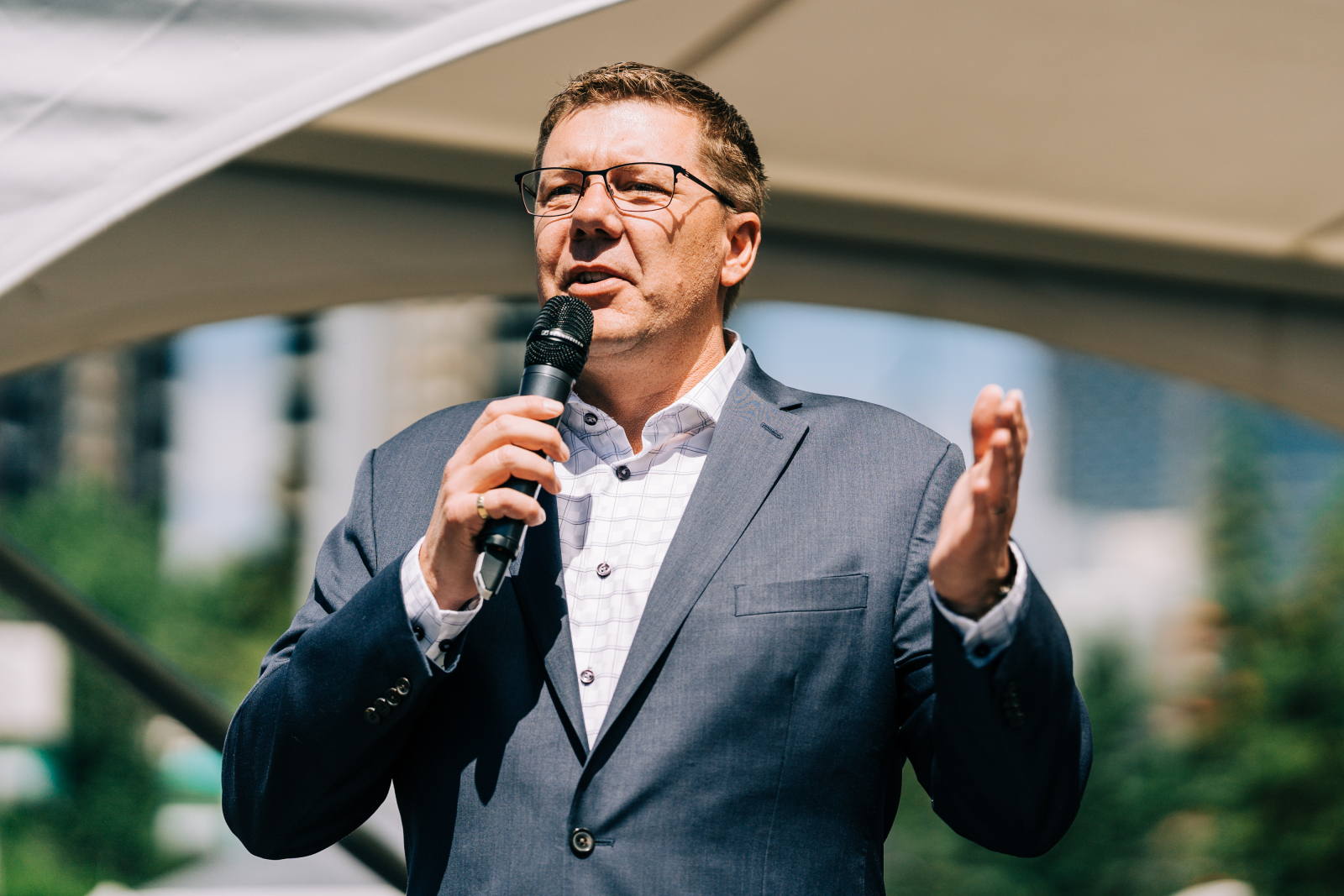 Prairie farmers are dealing with a wet harvest that is leading to increased fossil fuel use, and the premier of Saskatchewan wants to see the “entire” federal pollution-pricing regime put on hold as a result.

But opinions differ whether his proposed fix is the right one for the people of Saskatchewan, and elsewhere in the Prairies, where heavy rains in September and October meant that grain harvested was moist and will need to be dried out by using natural gas or propane-fired drying machines.

The leader of Saskatchewan’s NDP opposition, for example, has floated an alternative plan to rebate farmers directly. The NDP idea was endorsed by a representative from an association of corn growers, in comments to National Observer.

Even so, on Tuesday, Scott Moe told reporters he had asked Prime Minister Justin Trudeau to “put that entire (carbon-tax) program on pause,” because “there’s some farmers that have some very large carbon-tax bills that are coming on their grain-drying costs.”

The premier emerged stone-faced from his meeting with Trudeau in the prime minister's West Block office on Parliament Hill, saying, “I came out here in good faith” but that, following the meeting, “What I do see is that we’re going to see more of the same from this prime minister.”

The federal carbon-pricing system is being applied by default in Saskatchewan because Moe’s government has not put forward its own system to price pollution that clears minimum federal standards set by Trudeau.

Saskatchewan’s government said last month that rain and snow is leading to crops coming off tough or damp and that “some fields remain(ed) saturated with excess water.”

“We’ve had a very trying harvest in Saskatchewan. We’ve had some weather-related challenges. We’ve had a lot of tough grain that is in our bins and is being dried as we speak, and we see some exorbitant carbon-tax bills that are coming in on propane and natural gas that’s being used to dry that grain,” Moe said.

“I would be looking at what are the things that are practical, available right away,” he said Tuesday in Regina.

Richard Dureault, vice-president of the Manitoba Corn Growers Association, said the majority of corn farmers are also facing the issue of their crop being too wet. He said corn farmers usually take off about five to 10 per cent of excess moisture to get it to ideal conditions, but this year they’re taking off about 14 per cent.

“It’s kind of disappointing on our end, because there is not much you can do about it. Corn has to be dried, it just happens to be worse this year... we can’t pass that increased cost off anywhere — we’re just stuck eating another bill.”

Dureault said he preferred a rebate.

"Right now, farmers are exempt from diesel and gasoline fuels for the farm, and I just feel that the propane and natural gas for drying fuels and for barns should be exempt as well,” he said.

Feds will do 'early review' of carbon tax next year

The federal government says it understands that severe weather can have serious effects, including for the harvest season.

Still, she noted that “Canadians sent a clear message in the election that affordability and the fight against climate change are clear priorities that they want this Parliament to work on.”

The pollution-pricing system is "returning 90 per cent of the revenue directly back to people" in Saskatchewan, "such that 80 per cent of families are better off, with the rest going toward helping schools, small businesses and more to save money and cut pollution," she said.

In rural areas, there is an additional 10 per cent top-up, the government says.

"Our pollution-pricing policy reflects the realities of our agricultural industry," Kim added. “We have committed to review the federal backstop in 2022 and to do an early review in 2020 focused on competitiveness issues in trade-exposed industries such as agriculture. We will continue to work with all partners to ensure the backstop is working for them."

In short remarks to the press before the meeting, Trudeau said he knew “Canada does well when Saskatchewan does well” and that there were a number of things they can work together on.

Moe also said in addition to his request to “put the carbon-taxation policy on pause,” he was also looking for a “commitment to a conversation” around equalization and an “opportunity” to “get our goods to market” beyond the Trans Mountain pipeline expansion.

Moe said he would also “start to broaden our ambitions” with respect to “Saskatchewan’s outreach to our trading partners around the world.”

“We are going to broaden our footprint, if you will — and I will have more to say on this in the coming days — to ensure that Saskatchewan is represented around the world with the countries we are doing trade with.”

But he made clear that he would forge ahead with Saskatchewan's challenge to the carbon tax in the courts. The Supreme Court of Canada is expected to hear the case next month.

The House of Commons will reconvene that month, on Dec. 5, to elect the Speaker, followed by a throne speech, Trudeau’s office announced Tuesday.

Lest we betray them

Maybe Scott Moe should take all the taxpayers' money he's spending on legal bills to fight the carbon tax in court, and use it to subsidise the farmers instead?

I'm not unsympathetic to the plight of the farmers, but of course Trudeau has no choice but to stand firm and say no. If he allowed this articular exemption as requested, then he could expect an endless queue of other interest groups lining up at his door for their own exemptions, until the greatly-reduced tax revenue becomes completely dependant on people who don't happen to have a powerful lobby group, i.e. average citizens.

“Right now, farmers are exempt from diesel and gasoline fuels for the farm,...” what does that mean?