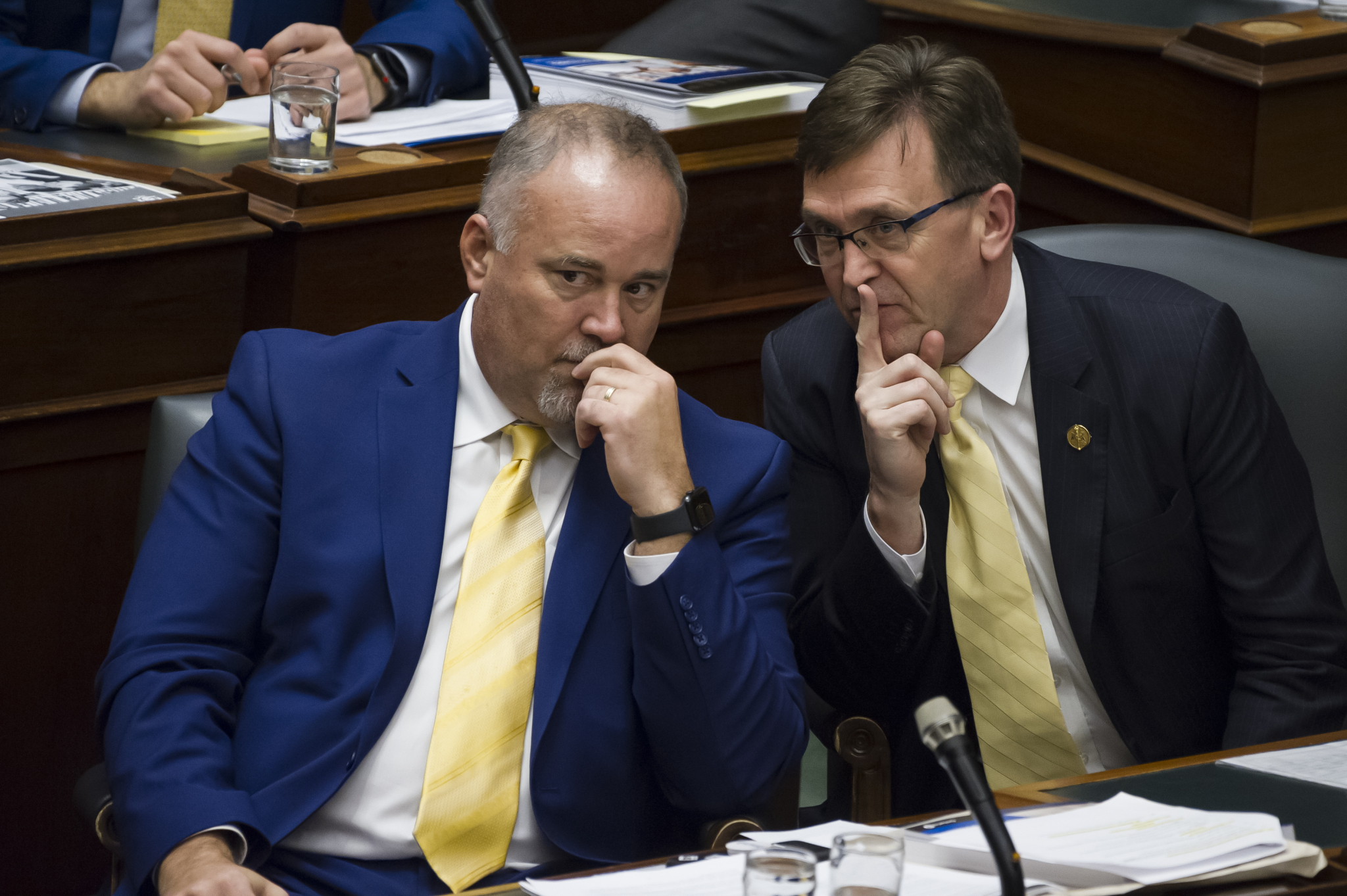 The Doug Ford government spent more than $230 million to axe more than 750 renewable-energy projects, despite promising taxpayers the move wouldn't cost them a cent.

The spending was revealed in question period Monday by NDP environment critic Peter Tabuns, who said the cost was hidden in the province’s 2018-19 public accounts as a “strange little entry” labelled “other transactions.”

“How can the premier claim he’s saving taxpayers and ratepayers money when he’s throwing away $231 million to not build renewable energy?” Tabuns said.

Ontario’s associate energy minister, Bill Walker, didn’t deny the number: “We thought maybe (this question) would be coming at some point,” he said.

The government cancelled the 758 wind and solar projects — including the contentious White Pines Wind Project in Milford, Ont. — soon after Ford took office in June 2018. At the time, the government said scrapping the projects would result in energy-bill savings for Ontarians.

Walker said the green-energy projects weren’t necessary and were, in some cases, unwanted. He pointed in particular to White Pines, which had been partially constructed when Ford cancelled it — one of the premier’s first acts after taking office in June 2018.

“This municipality was an unwilling host from Day 1,” Walker said on Tuesday. “They did not want the turbines, and we did the right thing.”

White Pines in particular had been a decade in the making, receiving final approval during the election that swept Ford to power. Axing the project was a Progressive Conservative campaign promise (the demolition process started in October).

The company behind White Pines, wpd Canada, previously warned that the cancellation could leave taxpayers out $100 million, but Ford’s government said it was crafting legislation to avoid that cost.

Tabuns compared the Ford governments’ actions to those of the previous Liberal government, whose cancellation of gas plants in Mississauga and Oakville cost the province more than $1 billion.

So between the Ford and Wynne

So between the Ford and Wynne govt's, "cancelling" energy programs has cost Ontario taxpayers over $1.24 Billion? Given the outrage of the PC's at the former Liberal billion dollar buy-out, the Ford Gov't action is incredulous. Burying the cost in the budget and "waiting" for it to be discovered is dishonest and clearly describes the lack of integrity of the provincial gov't. Politicians don't seem to grasp how badly these blunders cost them in credibility.

I would like to suggest that we remove the sentence "At no cost to the taxpayer" from our vocabulary. I can't recall such a claim being true is many years.

It seems pretty obvious that

It seems pretty obvious that Doug Ford has been massively bribed.