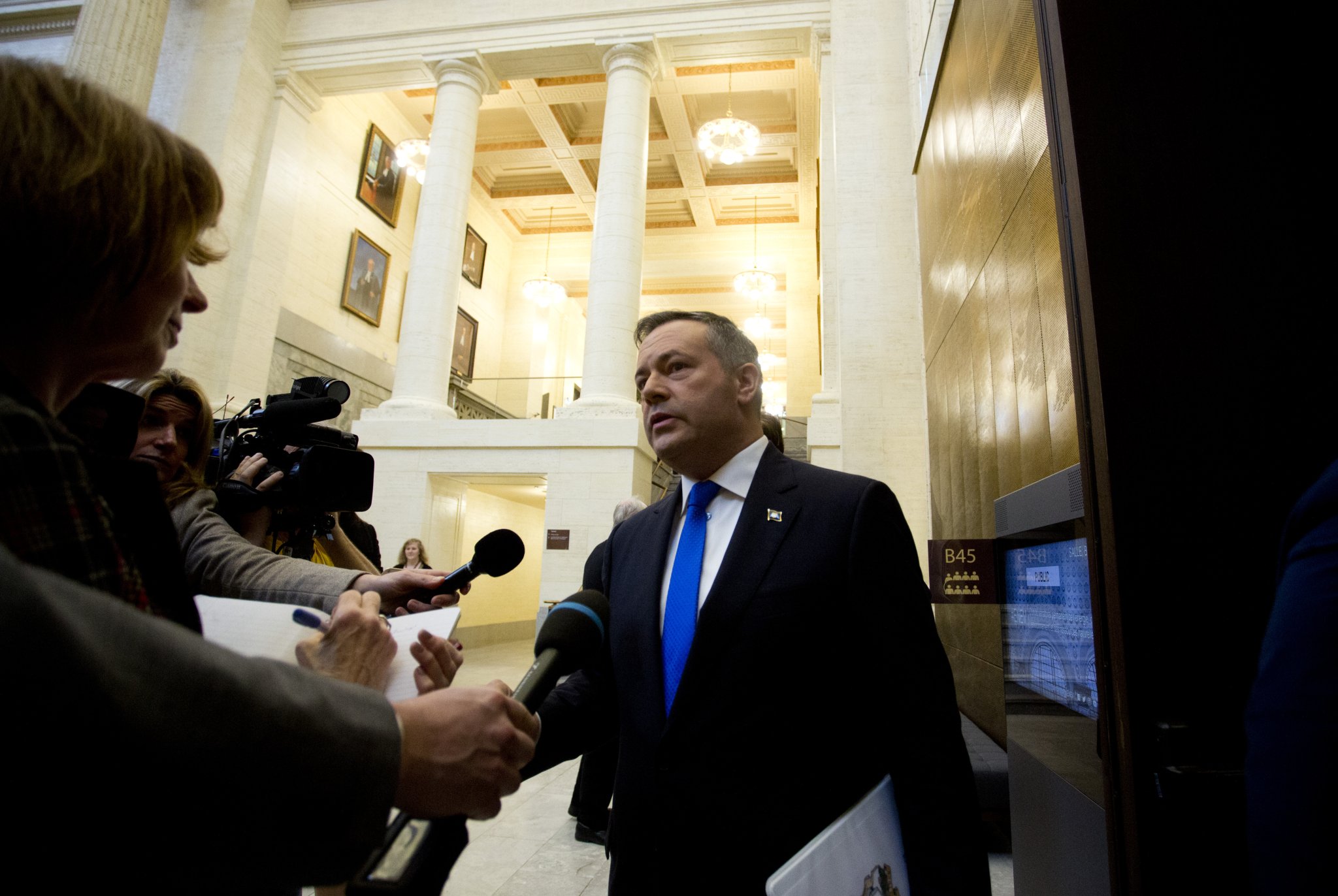 Alberta Premier Jason Kenney speaks to the Standing Senate Committee on Energy, the Environment and Natural Resources on May 2, 2019 about Bill C-69. (Andrew Meade)
Previous story
Next story

This summer the government tasked the inquiry with digging into the role of foreign organizations and funds in creating roadblocks for the energy industry and "disseminating misleading or false information" to that end.

Ecojustice responded to the inquiry by filing court documents in Calgary on Nov. 15. The documents outline allegations that the inquiry "has been called not to address a matter of pressing public interest, but to justify a predetermined intent to harm the reputations, economic viability and freedom of expression of certain organizations who have opposed the Government of Alberta's position with respect to oil and gas development."

The application for judicial review argues the inquiry should be stopped because it is improper use of the Public Inquiries Act, it impinges on federal jurisdiction, and because the commissioner of the inquiry is biased towards support for the United Conservative Government.

In an interview with National Observer, Ecojustice executive director Devon Page said that the lawsuit is necessary because the inquiry is meant to target dissent and create a fear around climate action advocacy.

"When they announced to the public inquiry this summer, it had the desired effect," Page said. "We received calls from Canadians across the country who were alarmed and were worried about being targeted and victimized by the inquiry. So in its first instance, we believe there's evidence the inquiry had the intended effect and that again, was to intimidate environmental charities and Canadians who were concerned about climate change."

Page says this is a case where the judicial process is being abused to pursue political gains.

No legal response has been filed in court at this time. However, the spokesperson for the Ministry of Energy Kavi Bal responded to the challenge by email saying, "Ecojustice accepted US$815,000 from the US Tides Foundation for its participation in the Tar Sands Campaign to land lock Canada's natural resources. A foreign-funded activist group opposing the inquiry on foreign-funded attacks on Alberta's oil and gas workers is not surprising and speaks for itself."

In the realm of raises more

In the realm of raises more questions than are answered ....

DID Ecojustice accept US$815,000 from the US Tides Foundation - and if so, over what time period? And was the money specifically tied to the Tar Sands Campaign?

Certainly the source for that quote leaves much to be desired.

Again Kenney is working from

Again Kenney is working from a double standard compounded by a false narrative. In a Global economy it could be argued that where the money comes from is irrelevant but regardless there is no arguing that Kenney's "oil war-room" (a campaign room, in my opinion, that is acting as a PR office for an industry quite capable of financing their own PR without the need of tax payer dollars) received $27,500 in funding support from Devon Energy (an Oklahoma company). Why is out of country monies acceptable on one side of a PR campaign but not the other? Take a look at the books of various pro-oil groups to see how much money comes from the various American Koch brother organizations (like the Fraser Institute as one example). As an Albertan I am offended by the actions of the Kenney government, environmental problems do not end at borders and actions to protect it shouldn't either. I don't support this idea that we need to turn the taps off tonight but I do believe we have to plan for a weaning process and shouldn't be black-mailed with our own tax dollars.

As a long time Alberta tax

As a long time Alberta tax payer I couldn’t agree with you more. I am outraged by how Kenney is using our money to support his own political agenda. I suspect that many Albertans are unaware of the amount of foreign ownership and control in Alberta’s energy sector. When you couple that with the fact that the industry controls (funds) the Alberta Energy Regulator, the emerging picture is dismal for anyone feeling any ethical responsibility for our planet’s health. Kenney’d spend on the war-room and related lawsuits could better be used to execute a long-term transition to a greener economy here in Alberta.

The tar sands are such a big

The tar sands are such a big and dirty source that exploiting them would burn 1/3 of humanity's fossil fuel burning capacity. Given that this issue has material global ramifications I am a little surprised that the lawsuit doesn't argue that non-Albertans have a material interest and therefore some consideration in what happens to the tar sands. After all the right to swing your fist ends where another's nose begins. On the other hand I expect such consideration would open a can of worms which could lead to all sorts of jurisdictional challenges, but maybe our crowded planet needs a legal system that recognizes our interdependence.

Who cares if they have

Who cares if they have outsourced funding? The point is, it shouldn't be illegal to dissent or have an opposing view from your current government!