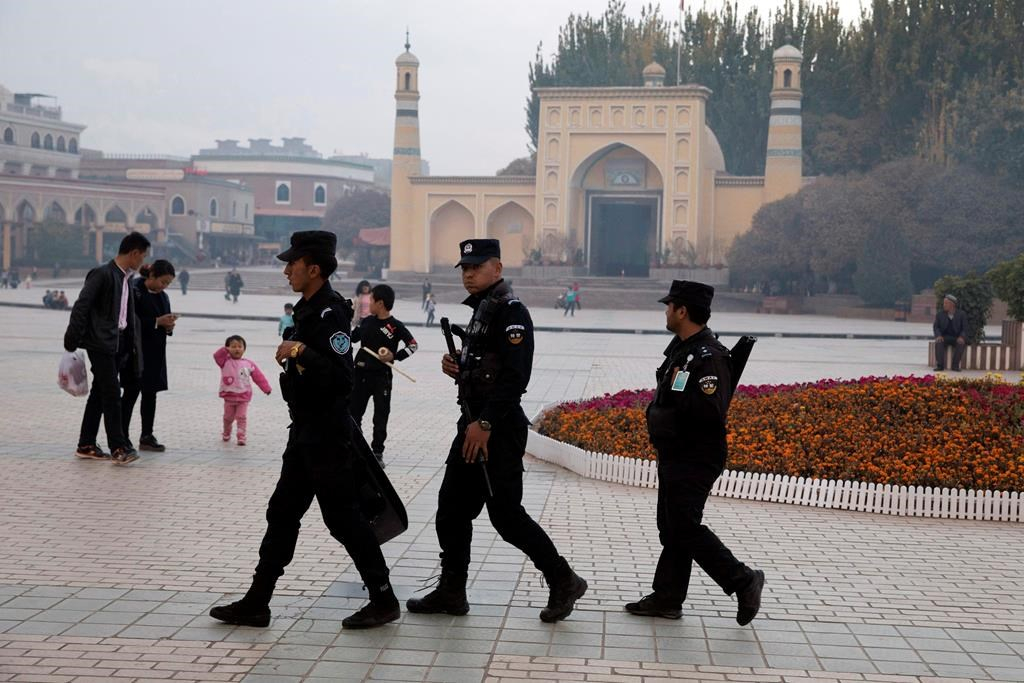 The "two Michaels" may have become Canada's most well-known prisoners in China.

Former diplomat Michael Kovrig and entrepreneur Michael Spavor have been imprisoned for almost a year since the diplomatic dispute between China and Canada erupted in early December of last year when the RCMP arrested Huawei executive Meng Wanzhou at the request of the United States on an extradition warrant.

The emergence Sunday of a leaked Chinese government blueprint for imprisoning one million Muslim Uighurs in China's western Xinjiang province is focusing attention on another Canadian detainee. Huseyin Celil, who settled in southern Ontario after becoming a Canadian citizen, is a former Uighur activist who has been imprisoned in China for 13 years.

The leaked Chinese communist government documents debunked Beijing's claims that it is running a voluntary employment and language-training program aimed at integrating Uighurs into mainstream Chinese society. They detail China's imprisonment and efforts to indoctrinate the Uighur minority, as well as the use of artificial intelligence and video surveillance to achieve that end.

The expansion of the detention camps and the roundup of Uighurs in 2016 coincided with the last time any of Celil's relatives had any direct contact with him, said Alex Neve, the secretary general of Amnesty International Canada.

Celil gained his Canadian citizenship in 2005. He was arrested in Uzbekistan a year later while visiting relatives, and taken to China.

Prior to early 2016, Celil's mother and sister visited him in prison about twice a year — his only contact with the outside world because Canadian diplomats have been barred from seeing him.

"The family reports stopped at exactly the time the mass incarceration and the roundups of Uighurs was underway," Neve said Monday. "So, it's very likely that the family has in some way shape or form either been incarcerated, or because of the crackdown visits aren't being allowed any more, or because of the fear that is now prevailing are being much more cautious and not sending messages."

On Saturday, Foreign Affairs Minister Francois-Philippe Champagne said he had a one-hour discussion with his Chinese counterpart about Kovrig and Spavor and that gaining their release is his "absolute priority."

Neve agreed with Champagne, but added: "It's really important that Huseyin Celil's case be receiving that same attention."

"We continue to raise our concerns with Chinese authorities," Guillaume Berube said in an emailed statement. "We are deeply concerned by the human rights situation faced by Muslim Uighurs and other minorities in China."

Canada has called on China to release all Uighurs "arbitrarily detained in Xinjiang" on three occasions at the United Nations Human Rights Council, including twice last year and most recently in March, said Berube.

Canada renewed those calls by presenting a letter to the council, co-signed with more than 20 other countries in July, and followed up again in late October with Britain at another UN committee in a joint submission on behalf of 23 countries, he said.

"We continue to call on the Chinese government to ensure the human rights of its people — including freedom of religion — are fully respected," he said.

The Chinese government has dismissed the latest allegations as fake news.

Neve said past Amnesty reports and those of other human rights groups had detailed some of what was revealed in the leaked Chinese government documents. Those reports largely relied on information supplied by Uighurs themselves, including some who survived imprisonment.

"What is however so chilling and so haunting about what we see in the documents is now we know that this is a cold, calculating, sinister matter of official state policy," said Neve. "It certainly refutes the empty protests that the Chinese government has frequently made that there's no problem here."

Charles Burton, a China expert with the Macdonald-Laurier Institute, said the documents make clear the Chinese government is engaging in "cultural genocide" of the Uighur people.

The current Canadian approach hasn't resulted in the release of Kovrig, Spavor or Celil, he said.

"We would regain the respect of the Chinese government if we showed some backbone," said Burton, who has also held Canadian diplomatic postings in Beijing.

"There are so many people with significant amounts of money and doubtful provenance connected to the senior levels of the Chinese regime here in Canada that we do have leverage over them by enforcing our laws on money laundering and preventing those people from engaging in money transactions and entering our country."

Nearly 3 billion people have lost their freedom in the name of ensuring public order. Now what?