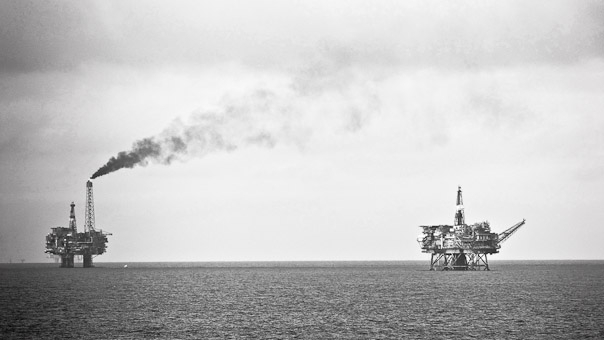 Greenpeace has been banned from carrying out climate protests on North Sea oil rigs after the oil giant Shell won a Scottish court order.

A judge in Edinburgh granted Shell an interim interdict, similar to an injunction, banning Greenpeace from occupying four of its rigs in the Brent field 85 miles north-east of Shetland, after its activists boarded two decommissioned rigs in October.

Lady Carmichael, sitting in the court of session in Edinburgh, said Greenpeace was unlawfully breaching Shell’s property rights and also putting its own activists’ safety at risk.

In a significant legal victory for Shell, Carmichael banned the campaign group from going within 500 metres of any of its installations in the Brent field, and ordered Greenpeace to pay Shell’s legal costs.

She said campaigners had no absolute right to choose where they protested and that Greenpeace ships could have mounted a protest 500 metres away from the rigs.

Greenpeace is deciding whether to appeal, but environment campaigners said this decision could have significant implications for climate activists by limiting where and how they could protest.

Greenpeace also occupied a BP oil rig twice earlier this year, leading to the arrests of 14 activists in the Cromarty Firth.

Richard Dixon, chief executive of Friends of the Earth Scotland, said a trend was emerging. The Metropolitan police had won a blanket ban against street occupations by Extinction Rebellion in London, while the chemicals firm Ineos won a ban on anti-fracking protests at any of its sites in England.

Both bans were overturned on appeal, but Dixon said orders restricting how and where people could protest had a chilling effect.

“This is a challenge for Greenpeace: it is taking away its opportunities to do something strong enough to draw attention to the climate crisis, a vital issue it’s rightly trying to highlight,” Dixon said.

Shell sought the interdict after Greenpeace occupied the Brent Alpha and Bravo platforms in October in protest at its decision to leave 11,000 tonnes of oil sediment in the legs of three of its four platforms in the Brent field, which are being decommissioned.

Greenpeace told the court Shell was trying to get an exemption from strict international rules on marine pollution, which the UK is a party to, which prevent oil firms from leaving installations at sea after they are decommissioned.

Shell has asked the UK government to support its application under the convention for the protection of the marine environment of the north-east Atlantic, known as the Ospar convention, to leave the disused concrete legs of the four rigs at sea.

Greenpeace says they will eventually corrode, releasing all that oil into the environment, a claim Shell has rejected.

Carmichael said allowing protests at such exposed and dangerous sites put the safety of protesters and potential rescue personnel at unjustified risk. She ruled that Shell’s rights to protect its property outweighed Greenpeace’s rights under European human rights law to demonstrate peacefully.

Meike Rijksen, one of the Greenpeace Netherlands activists who occupied the Brent platforms in October, said: “We will continue to fight against Shell’s plans to dump these 11,000 tonnes of oil in the North Sea. We really believe we are right it shouldn’t be allowed.”

Shell welcomed the ruling. “We wholeheartedly support the right to protest peacefully and safely. We’re pleased this decision recognises that the existing legal safety zone should be respected by campaigners,” a spokesman said.