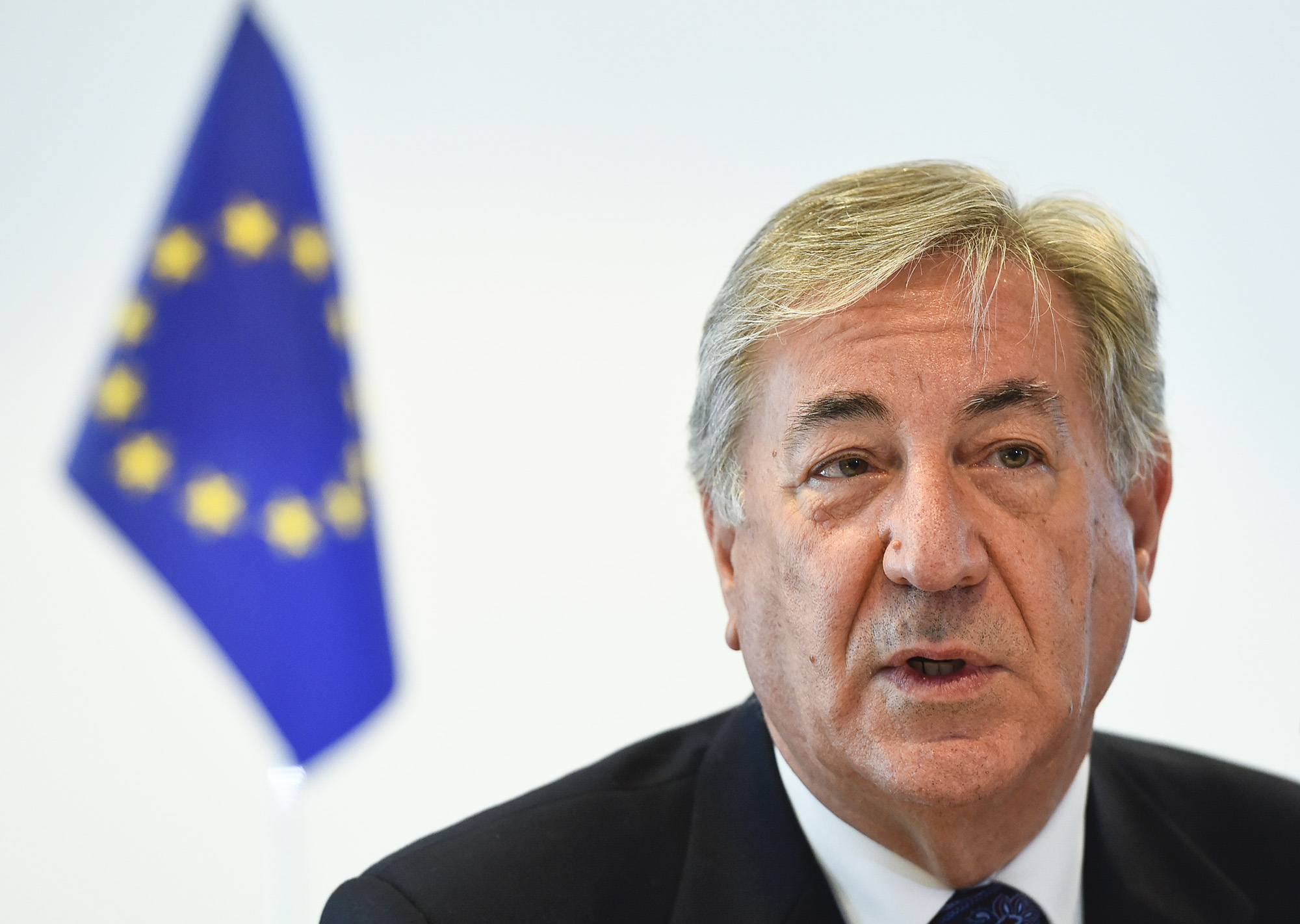 If you follow environmental issues, you might think that the Earth’s great forests are the main climate regulators on our planet, but you’d be wrong.

The oceans, which cover three-quarters of the Earth’s surface, have absorbed almost all of the excess heat generated from carbon pollution over the last half-century. They also suck up close to a third of the planet's excess carbon, and they provide over half of Earth's oxygen.

Not only do oceans stabilize the climate, they also provide food security for about a billion of us, support biodiversity, enable trade, tourism and transport and hold great potential for clean energy from waves, tides and currents.

But as the sea level rises, the polar ice retreats, millions of tonnes of plastic are dumped into the oceans every year and maritime resources are over-exploited, the oceans have never been as threatened as they are today. It’s clear we need to understand them better, if we are to survive.

That’s the main message that Karmenu Vella, European Union commissioner for the environment, maritime affairs and fisheries, wants to share ahead of next week’s meeting of G7 environment, oceans and energy ministers in Halifax.

“The biggest threat is that we are taking our oceans for granted,” warned Vella in a phone interview with National Observer on Sept 12.

The ocean is not “so strong that it can take anything,” he said. “Yes, it is strong, but it is also one of the most fragile elements we have.”

Three federal Canadian ministers will co-host their counterparts from the Group of Seven advanced industrialized democracies, as well as leaders from industry and public policy institutions, in Halifax between Sept. 18 and 21 to hash out how to move forward on key environmental objectives.

The G7 — consisting of Canada, France, Germany, Italy, Japan, the United Kingdom, and the United States, with representation from the European Union — head into the meeting with an ambitious agenda, covering everything from energy, sustainable finance and fisheries, transitioning to a low-carbon economy, climate change resilience and adaptation, plastics and marine waste, and a just transition for workers in the fossil fuel industry.

We will promote throughout the summer & in run up to #G7 #ENVI #Ocean meeting in Halifax, Canada on 19-21 Sept https://t.co/TTq2cw6fqV pic.twitter.com/7R1iybc6sU

“The biggest threat is that we are taking our oceans for granted," warns #EuropeanUnion environment commissioner @KarmenuVella #cdnpoli #G7

For Vella, the meeting is a chance to highlight the EU ocean governance agenda, which aims to strengthen rules, make human impact on the oceans more sustainable and bolster international maritime research. “We need to improve the ocean governance framework, we need to work towards reducing human pressure on the ocean, and we need to get to know our oceans better,” he said.

The EU has pushed for these priorities at the United Nations and with individual countries over the last few years. Vella said his intention was to continue to bring issues and solutions both to international fora and bilaterally.

“We used to talk about the freedom of the high seas. That freedom we don’t want, we want the high seas to be legally regulated, (with) legally-binding instruments.”

Vella said the majority of the world’s nations now fully understand such issues — and the global community can start moving towards action, especially when it comes to illegal, unreported and unregulated fishing, or IUU for short. “What we are doing, is we are literally fighting IUU, and we are trying to bring in as many other nations on board with us,” he said.

The EU has a “carding” system, similar to soccer, where it issues “yellow cards” and “red cards” to countries that don’t tackle these fishing issues. Red cards effectively means the imposition of trade embargoes on fish products caught in an unsustainable way.

It has given out over two dozen yellow and red cards in the last six years, Vella said, but more than half have now been lifted thanks to subsequent negotiations.

Another EU-supported effort to combat illegal and unregulated fishing has been at the UN’s Food and Agriculture Organization (FAO). The Agreement on Port State Measures, a binding international agreement, commits countries to refuse to dock ships at their ports if the fish products they have weren’t caught sustainably.

“We are urging that all the G7 members should ratify this,” said Vella. “We see Canada as a major player in the oceans community...I think with Canada we have a very good starting point, we’re on the same frequency on many topics.”

Canada has talked tough on such issues — former fisheries minister Dominic LeBlanc said this spring that he wants the G7 to use military technology to name countries carrying out illegal fishing — and passed legislation to being Canada’s ports “in alignment” with the agreement.

But LeBlanc also admitted there wasn’t a unified voice. “I don’t think, frankly, that we have enough consensus with G7 partners and other partners because it’s not only the G7 that wants to deal with this,” he told The Canadian Press.

In July, the EU signed what it called a “Blue Partnership” agreement with China to improve ocean governance and fight illegal fishing.

“I made the same offer to Canada about four weeks ago,” said Vella.

Beyond biodiversity and illegal fishing, the EU wants to see a greater push on limiting the use of plastics, following the G7 plastics charter — particularly single-use products like utensils, or improving the reusing or recycling of products.

Around 80 per cent of marine waste is coming from plastics, said Vella, while lost fishing gear makes up almost a quarter.

“We think that the long-term solution for plastics in the oceans is the circular economy,” said Vella, “the idea is that wasted plastic is not thrown away, but it’s recycled back into the economy as a secondary raw material.”

“There is an enormous economic opportunity in the oceans, but what we are saying is...we also have environmental responsibilities.”