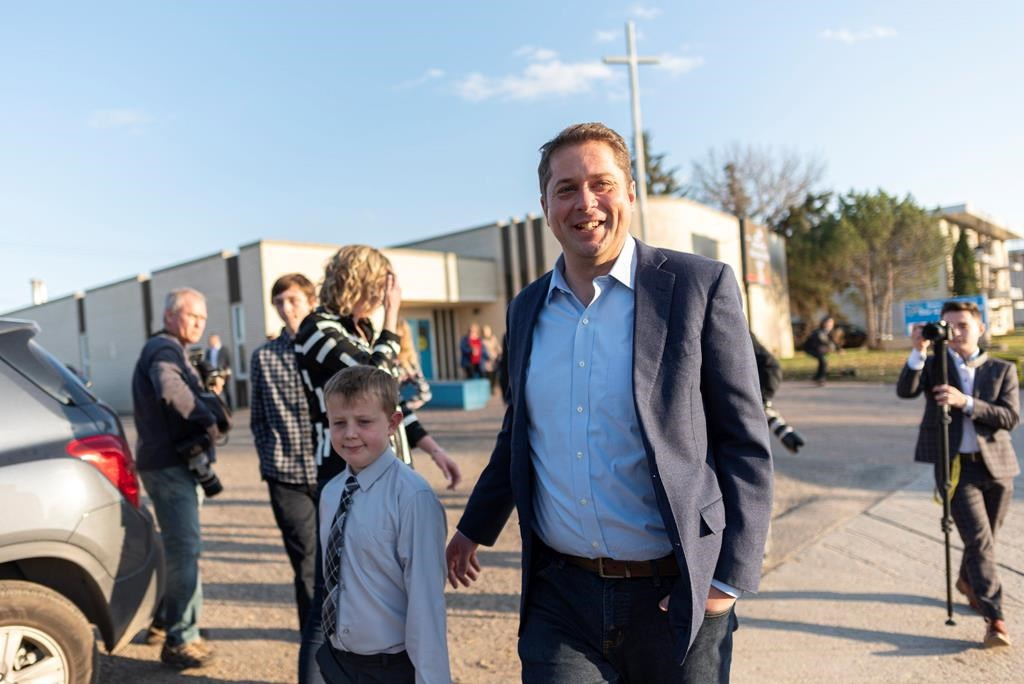 Regina resident Dennis Amon says federal Conservatives have a reputation to "eat their own," but he had hoped for a different outcome for his member of Parliament, Andrew Scheer.

Amon says he was sad when Scheer announced Thursday that he plans to resign as leader of the party and the Official Opposition.

"I think he was good for the West and for all people of Canada," Amon said while walking outside in the freezing cold near Scheer's Regina riding office.

"Unfortunately, a lot of people picked on his personal choices and his personal life and I don't think that was fair.

"I thought maybe the Conservative party would get behind him a little bit better and understand he did bring in fairly good election results considering who he was going against."

Scheer's Conservatives swept Saskatchewan and nabbed all but one seat in Alberta in the October election, however, they did not pick up as many seats as the party had hoped for in vote-rich Ontario and Quebec. Prime Minister Justin Trudeau's Liberals were re-elected, although to a minority government.

Scheer's positions on same-sex marriage as well as abortion dogged him throughout the campaign and after the loss some prominent Conservative voices called for his resignation.

While Scheer said he intends to resign as party leader once a successor is chosen, he plans to stay on as MP for Regina-Qu'Appelle.

Scheer was 25 when he was first elected in the riding in 2004. Staff at his riding office did not want to comment on his announcement.

Scheer's riding is also home to 12 First Nations, where some leaders have called him out for being absent, not only during his time as party leader but also as their MP.

Chief Matthew Peigan of Pasqua First Nation, about 70 kilometres northeast of Regina, said that Scheer should also step down as their representative in Ottawa.

"From 2004, he hasn't served, in my opinion, the best interests and pushing the issues of the Indigenous people forward. And if he hasn't been doing that and he hasn't done that as party leader, what's going to make him change to do that now?" said Peigan.

Jamie Page, a lifelong resident of Regina, said Scheer's resignation came as a good surprise. She feels he held homophobic views and hasn't been present in the community.

Others noted that as party leader Scheer was required to be elsewhere.

Saskatchewan Premier Scott Moe and his predecessor, Brad Wall, both made brief statements thanking Scheer for his time as leader.

Some local supporters also took to social media to thank Scheer for his leadership and support for the energy and agricultural sectors.

Others commended the football and "Simpsons" fan for being an all around "good guy" and someone who stood up for the "Saskatchewan cause," despite being born in Ontario.

"I think he did as best as he could," Dave Beattie said of Scheer's election performance.

He called the election loss "pretty much a given, you know, as far as regions go across Canada."

Scheer fights off leadership questions as he unveils new team