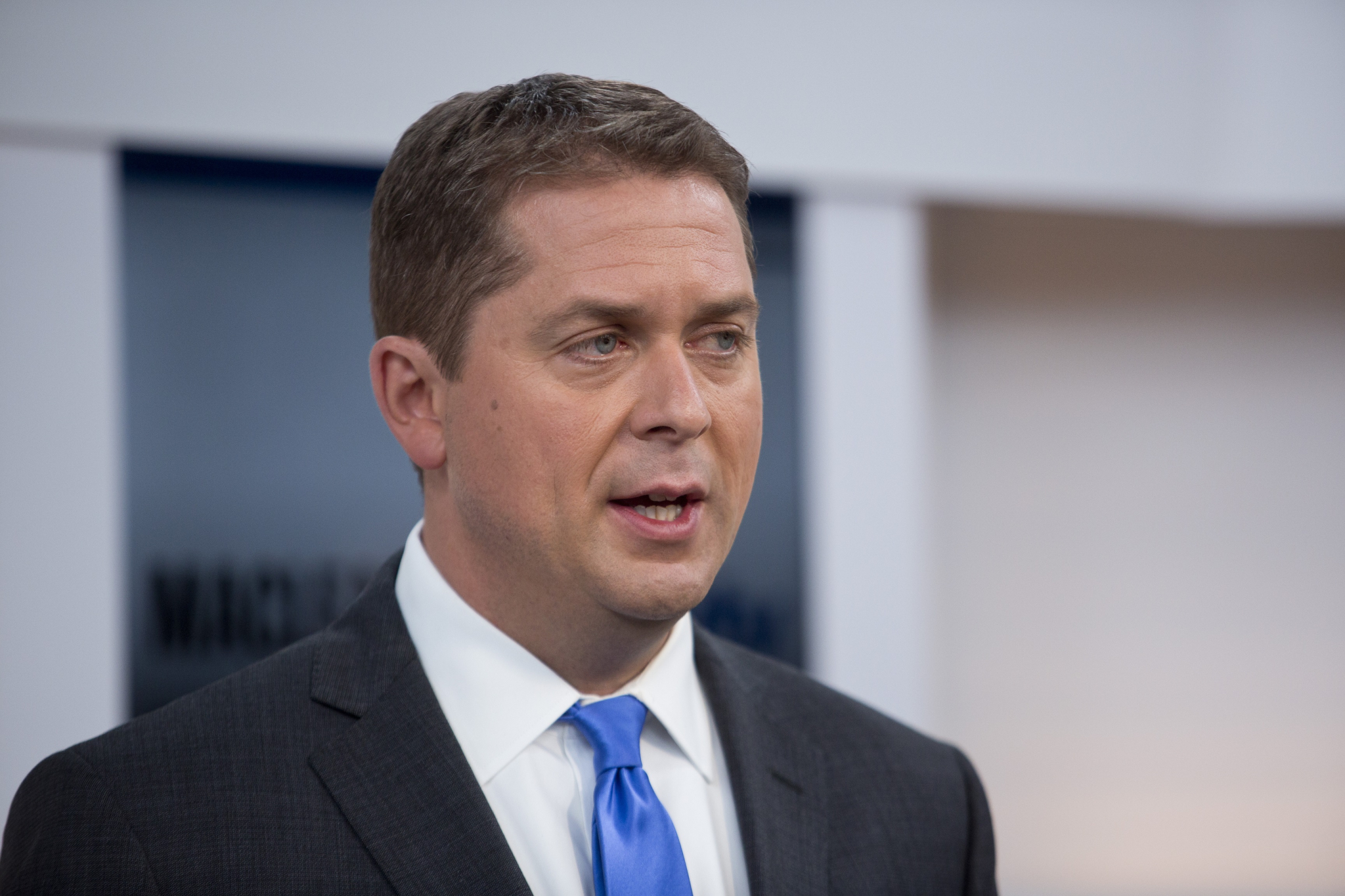 Andrew Scheer fought off questions about his future as the leader of the Conservative Party on Thursday, as he announced that his second-in-command would be a former Liberal.

Appearing on Parliament Hill, Scheer named Toronto-area MP Leona Alleslev as his deputy leader. Alleslev, who was elected as a Tory in this fall's federal election, originally won her seat as a Liberal in 2015 and served as a parliamentary secretary under Prime Minister Justin Trudeau before crossing the floor in September 2018 to join the Conservatives.

Alleslev “was a Liberal MP who came to us during the last parliament, because she believes in our vision,” Scheer told media in Ottawa. He said the message he was sending by appointing a floor-crosser instead of a long-time Tory was that “if you are disappointed with the government that Justin Trudeau has been providing Canadians, there is a place for you in the Conservative Party of Canada.”

But immediately after announcing his picks for the Conservative leadership team, Scheer was confronted with questions about his own future.

While the Conservatives picked up 22 more seats in 2019 than in 2015, they lost ground in central Canada and failed to win government — while running against a Liberal leader suffering from multiple scandals, including the SNC-Lavalin affair, violations of ethics rules and leaked racist photos of Trudeau in blackface. Some observers have also said Scheer's answers to questions about his beliefs on marriage and abortion cost him votes.

As a result, Scheer has faced a growing chorus of voices saying he should resign as leader, ahead of a party leadership review in Toronto this April. On Thursday, Scheer defended his decision to stick around.

Only Tories 'can keep this country united' says Scheer

In his remarks, Scheer tried to keep the focus on Trudeau and the Liberals. He listed several concerns about the direction of the government, including “worrying signs of economic difficulty ahead” and the pain felt by the energy sector in the West.

“Only a Conservative government can keep this country united and strong, and deliver the change so many Canadians are looking for,” Scheer said.

The chorus of voices calling for Scheer’s ouster includes Kory Teneycke, a former Stephen Harper spokesperson who also ran campaigns for Ontario Premier Doug Ford. Teneycke has set up a non-profit called Conservative Victory in order to pressure Scheer into immediately stepping aside and then running again in a competitive leadership contest.

There is also a website, scheermustgo.ca, which states it is “paid for by members and supporters of the Conservative Party of Canada,” and which is collecting names for a petition aimed at ousting Scheer.

Lisa Raitt, the former Conservative deputy leader who lost her seat this fall, defended Scheer at a University of Toronto event on Wednesday. But even she acknowledged there is a “theme” in conservative circles that the Tory leader “wasn’t strong enough.”

Scheer has fired two top aides, Marc-André Leclerc and Brock Harrison, who were chief of staff and communications director, respectively. He has also put former Harper government cabinet minister John Baird in charge of an “external review” of the party’s election performance, and is embarking on a “listening tour” across the country.

He waved away questions Thursday about these conservative-movement voices as “unfortunately part of what happens when we don’t form government.” He insisted “there is no one more disappointed” than he was in October’s election results, and “no one more eager” to get it right the next time.

In addition to Alleslev, Scheer said Tory MP Alain Rayes, who represents a riding near Sherbrooke in southern Quebec, is staying on as his Quebec lieutenant. “It’s clear our campaign did not reach the targets we would like, but Alain did an amazing job and he will continue to work hard,” said Scheer.

Andrew, be a good boy and run

Andrew, be a good boy and run to USA~ and get a REAL job for the 1st time in your LIFE, please ! OR. join Donald Trump’s Team~~~ you will fit right in,,,