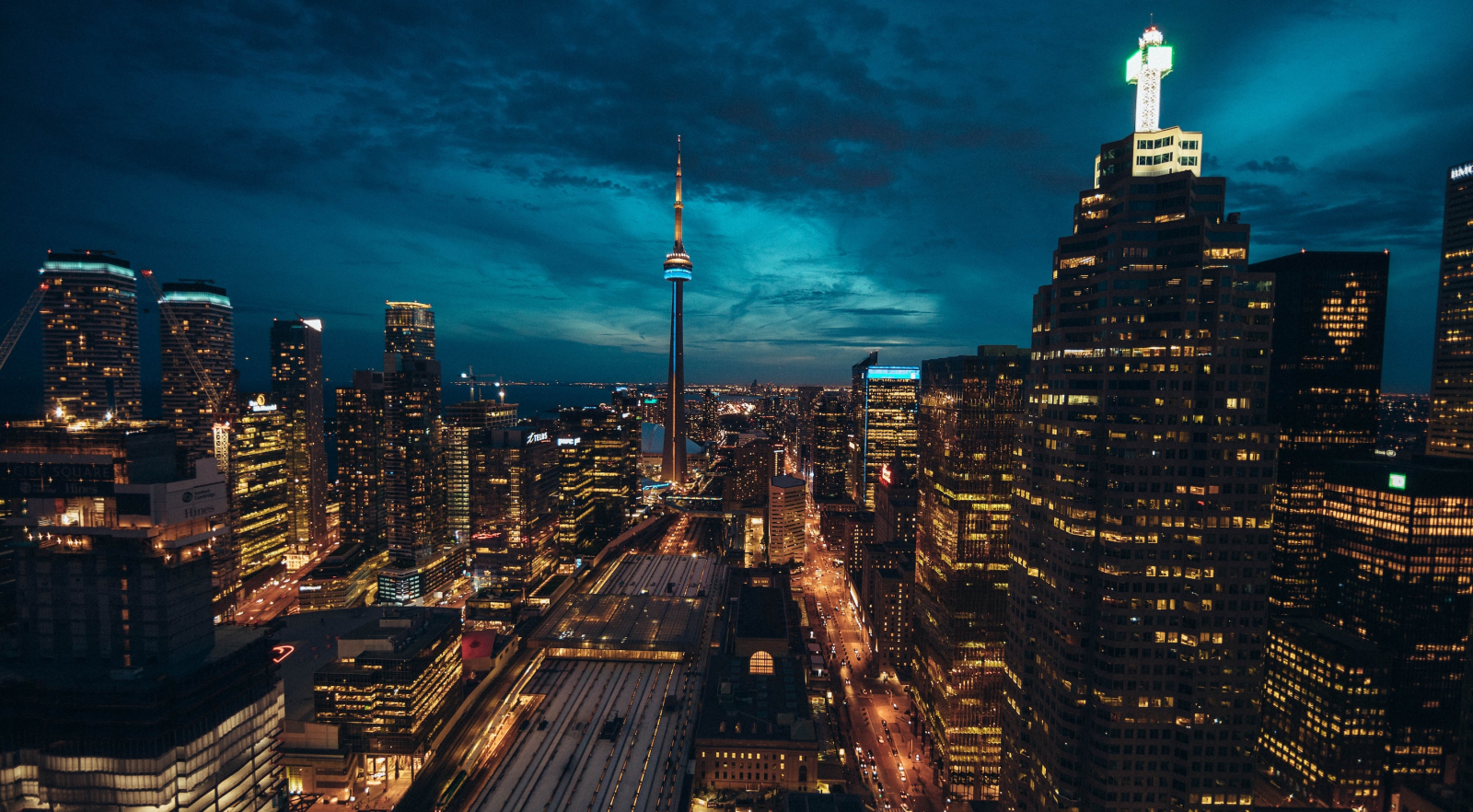 A westward view of Toronto at night. Photo by Roberto Nickson on pexels.com
Previous story
Next story

There is a “yawning gap” between what Toronto, Hamilton and the cities in between are doing to reduce emissions and what needs to be done. And it's not a good news gap.

The Atmospheric Fund, a regional climate agency, released its carbon emissions inventory on Monday and it shows the Greater Toronto and Hamilton Area (GTHA) is a long way from meeting its emissions targets.

There was actually a drop in total emissions - emissions in the GTA and Hamilton fell by about 3.4 per cent between 2015 and 2017, an annual rate of about 1.7 per cent. But the Atmospheric Fund said that in order to hit a target of net-zero emissions by 2050, pollution emitted by the extended region that wraps around Lake Ontario must be cut by seven per cent a year.

The six municipalities that make up the Greater Toronto and Hamilton Area (GTHA) emitted 49.2 megatonnes (Mt) of carbon emissions in 2017, the Atmospheric Fund's latest inventory shows.

The report notes its most recent data point is at the end of 2017, “which is not so long ago in some ways and yet a world apart in others.”

Climate emergencies, largely unheard of in 2017, have since been declared by most of the GTHA cities as well as Canada.

But provincially, an election in mid-2018 brought in a Progressive Conservative government that has dismantled Ontario’s prior climate action plan without a meaningful replacement.

The Atmospheric Fund said it did not yet have data to account for such changes in policy, but that “we must look backward in order to chart the way forward.”

And the news from that backward look, of just a few years ago, is not great.

“What we don’t have is the time to dither,” says Bryan Purcell, the fund's vice president of policy and programs.

Transportation emissions -- which account for a third of the total -- rose between 2015 and 2017, even on a per capita basis.

This was due to more and bigger vehicles on the road being driven longer distances and sitting in traffic, the report said.

Emissions from buildings made up 42 per cent of the total, mostly from the use of natural gas for space and water heating. A small amount was from natural gas used to produce electricity.

There was a 2-plus Mt dip in 2016 and 2017 building emissions compared to 2015 that “should be celebrated with caution,” the report said, since its analysis found it more likely due to weather patterns than climate policy.

“Changes in weather, including a warmer winter in 2016 that lowered heating energy use, are responsible for some of the reductions,” it read.

Toronto accounted for 14Mt of the 49.2Mt total. Peel (which includes Mississauga, Pearson airport, and Brampton) put out 10.6Mt, the industrial city of Hamilton emitted 10.4Mt, York had 6.3Mt, Durham was at 4.1Mt and Halton had 3.8Mt.

"There is a yawning gap between our ambitious climate commitments and the scale of climate action on the ground," the Fund’s Purcell said in a statement.

“The GTHA is among the most successful and prosperous urban regions in the world. We have the talent, the financial capital, and the public support needed to be world leaders in climate action,” he added

Purcell did try to lighten the tone somewhat, pointing to examples of successful initiatives that he said “we need to get better at replicating and scaling.”

“And above all else, we must honour our climate declarations and targets by acting with urgency and commitment befitting a deepening planetary emergency,” he said.