As the climate crisis melts our ice, our way of life could change in unexpected ways 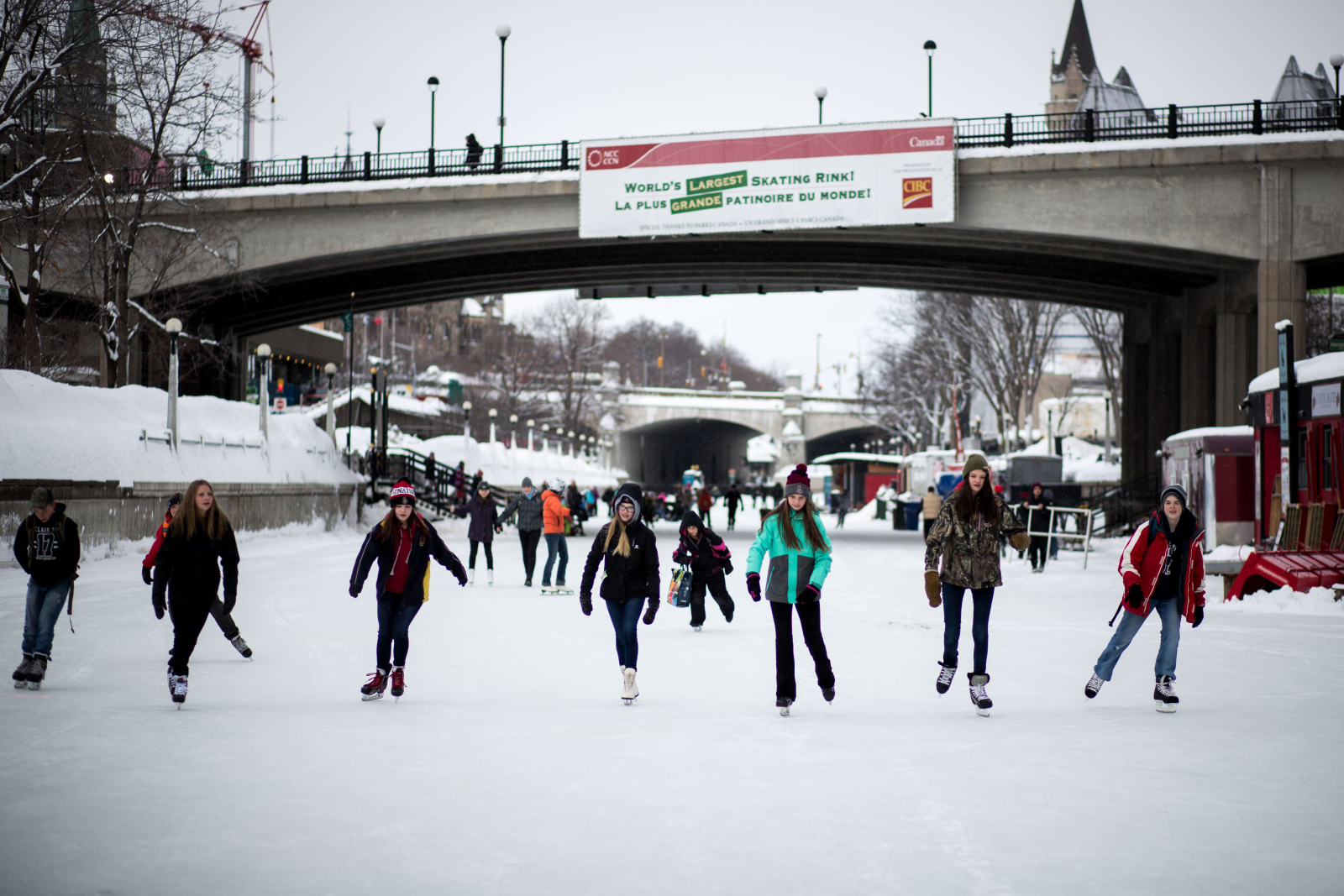 Ice skaters on the Rideau Canal in 2017. As the climate crisis accelerates, traditions like this are likely to become rarer. Photo by Alex Tétreault
Previous story
Next story

In Japan, a once-annual Shinto ceremony that revolved around the freezing of a lake is no longer possible most years.

In Minnesota, ice fishing competitions that feed local economies are expected to get cancelled more often as the climate crisis accelerates.

And in Canada, ice roads that serve as a lifeline for isolated Indigenous communities in the North are opening weeks later than they once did.

As our planet warms, the loss of freshwater ice in winter threatens to fundamentally alter our way of life, endangering spiritual practices, cultural traditions and livelihoods, found a study published earlier this year.

“Winters are warming rapidly, and we're already seeing direct changes on the way that we use our environment,” said Sapna Sharma, a co-author of the study and associate professor at York University who studies the impacts of climate change on lakes.

“I think there's still a disconnect on what the climate crisis means to us as individuals, what we're losing and how that might affect our well-being.”

The study, published in the October 2019 edition of the journal Limnology and Oceanography, attempted to quantify how the loss of inland ice would affect people, using case studies from across the northern hemisphere.

Much of this work attempted to assign numbers to these impacts: Minnesota’s annual Brainerd Jaycees Ice Fishing Extravaganza brings in an estimated US$1 million per year, for example. And the opening of ice roads in northern Canada have been delayed by as much as three weeks, which tightens the time window within which residents can use the routes for inexpensive travel to see loved ones and get items they need.

But the study also notes that “many human uses related to lake and river ice, such as a loss of sense of place, are more difficult to evaluate empirically and to assign a dollar value.”

Though icy winters are part of Canada’s cultural identity, Sharma said, we have to start thinking about our sense of place in the world will shift along with the climate.

Skating on the Rideau Canal may become rare. And festivals like the Quebec City Winter Carnival may change, too, as the cold months become warmer.

Life in Canada and abroad is intertwined with ice. But the loss of winter could alter our traditions and livelihoods, a new study has found.

“Tobogganing was a big part of (my generation’s) childhood, and it's something that isn't as common anymore. So even in southwestern Ontario, and in Toronto, we're experiencing this loss of winter,” Sharma said.

“I think it means something different for different people. There's this emotional loss, but this also translates to cultural losses.”

In some cases, the researchers found historical records of ice-reliant traditions stretching back centuries before the industrial revolution, when humans began emitting huge amounts of carbon.

The Shinto ceremony was one example, with documentation of ice cover on Lake Suwa, in central Japan, starting in 1443. The archive was updated and maintained by generations of Shinto priests, who documented the formation of an ice ridge that legend says is formed by the footsteps of one god crossing the lake to visit another.

This used to happen nearly every year ⁠— the formation of the ridge was a signal to begin a process to purify minds, bodies and homes. For the first 250 years of record-keeping, there were only three years where Lake Suwa didn’t freeze. But since 1989, the lake has failed to freeze 21 times.

“We have a really long track record that can really tell us about how climate is changing and how rapidly it's changing,” Sharma said.

“(Lake Suwa) is perfect example of a tradition that may be lost in the coming decade,” said Sharma.

A loss of ice skating and ice

A loss of ice skating and ice fishing??? The National Observer should be ashamed. https://www.theguardian.com/environment/2018/aug/19/paul-nicklen-if-lose...

Carbon pollution must be

I would like to see much more reporting on concrete actions already in progress to slow climate change and to economically benefit from climate action.
There have to be significant changes going on now that could be accelerated by broader publicity. There are many, many alternatives to the lifestyle model that says live in the suburbs, drive alone in a private automobile to the urban core, park it all day, and reverse the process at night. What are the alternatives people try? Which of these work?

An excellent point. I'd also

An excellent point. I'd also like to know the details of government legislation designed to slow down the transition....naming names. We keep hearing we still have the capacity to cut carbon emissions if we act now........but governments are actually often standing in the way, instead of leading the way. What are the best programs out there right now, and how can we ramp them up? That's information we all need if we're going to stand a chance.

Typical of the “east” and

Typical of the “east” and Ottawa to fuss about skating on the canal instead of the very real worry of a tanker spill in another part of Canada, the pristine BC coast. In case you didn’t realize the “west” isn’t Saskatchewan or Alberta but BC, and we are part of this country, I have never skated on frozen lakes......it doesn’t get cold here. Wake up!! The Climate crisis is about more than the ability to ice fish or skate, it’s NOT part of every Canadian’s culture and we (BC) have been here for thousands of years! Cheerio from Salt Spring Island

A question on climate among first to face Liberals in 2020

Canada’s weather more extreme and variable than ever