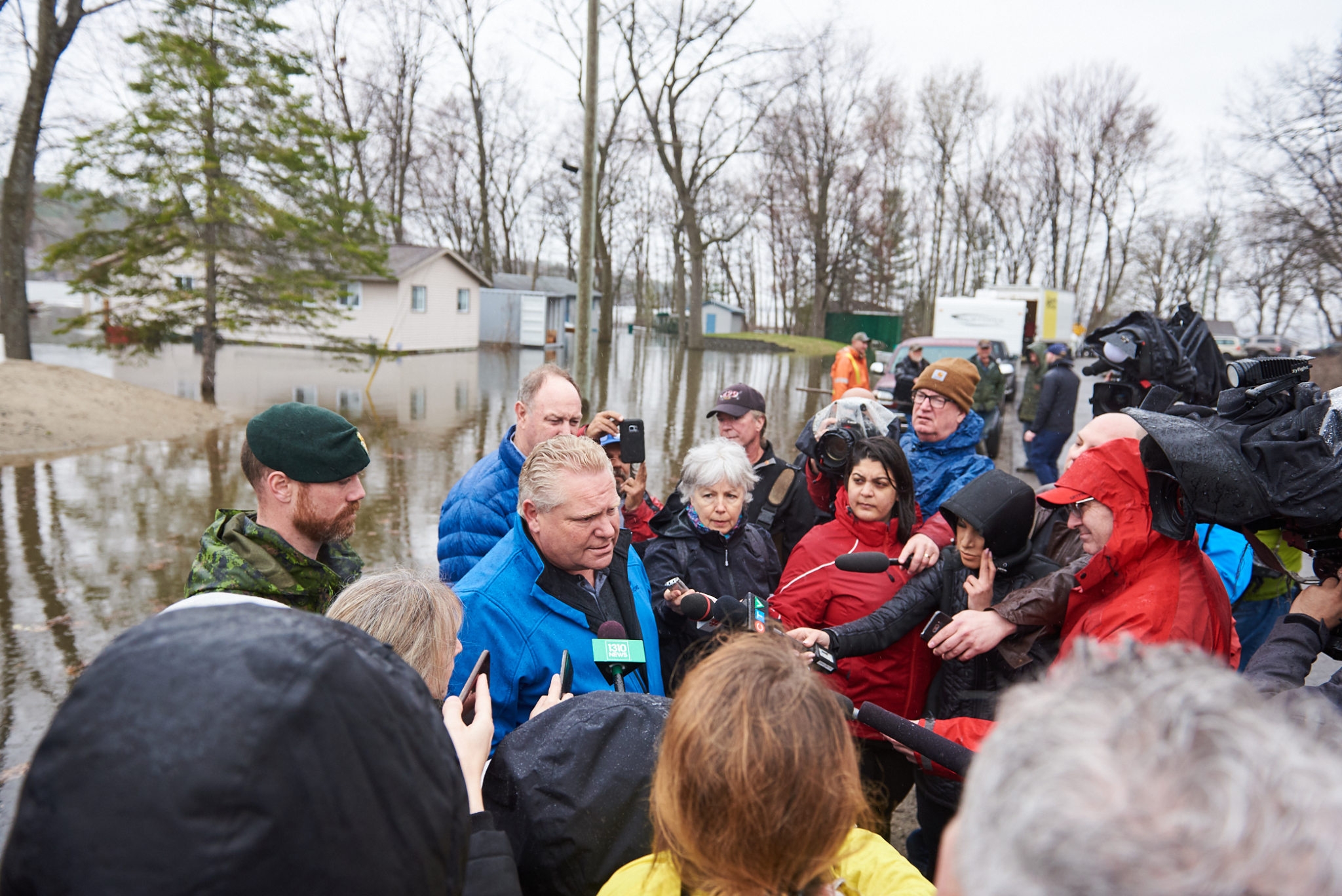 For 24 years, Environment Canada climatologist David Phillips has been pulling together an annual list of Canada’s most devastating, frustrating and thrilling weather stories.

But as the effects of the climate crisis set in, this year felt different, he said. The stories Phillips had to choose from ⁠in 2019 — tales of historic floods, wayward hurricanes and tornadoes in the Arctic ⁠— have become more extreme and variable than ever.

“It's like normal weather doesn't exist anymore,” said Phillips, a legendary weather-trend expert who also happens to be the most-quoted public servant in Canada.

Phillips’ top weather event of the year was last spring’s record-setting flood on the Ottawa River. The same river flooded in 2017 ⁠— an event experts said was the flood of the century ⁠— but the 2019 one was even worse. And with enormous floods also reported in Quebec, Ontario and New Brunswick, rising waters were a theme this year, Phillips said.

The climate crisis doesn’t cause floods that otherwise wouldn’t have happened ⁠— the Ottawa River has always flooded from time to time. But it does mean devastating, once-in-a-lifetime floods will likely happen more often, Phillips said.

“We're seeing the same weather, it just has a different personality and character to it,” Phillips said. “Storms are more stormy, or they're more intense. They're out of season, out of place.”

One out-of-place storm was hurricane Dorian, which made landfall in Atlantic Canada in September as a post-tropical storm. It caused power outages ⁠— another theme in 2019’s extreme weather, Phillips said ⁠— and uprooted trees, pounding the area with heavy rains and high waves. And early in the summer, remnants of hurricane Barry caused flooding in Toronto.

Those events may have been influenced by warmer ocean waters, which fuel hurricanes, Phillips said. Climate change is also making hurricanes slower, allowing potentially destructive storms to linger. Over time, we can see patterns, but it’s hard to attribute any one event to climate change even when they appear linked, Phillips said.

“It's like feeding a home-run hitter steroids,” he added. “Well, I mean, he's going to get more home runs, and he’s going to hit them farther... Climate change is like the weather on steroids.”

The North and farmers hit hardest

The climate crisis is hitting the Arctic hardest, and it showed in 2019. After a warm spell in September, Arctic sea ice froze the latest on record since 1979. Summer temperatures in the High Arctic were between 2.5 and 5.4 C above normal, Phillips said — the warmest such season in 72 years.

This heat had consequences. Ice roads across the North closed early, for one. And in June, eyewitnesses spotted a tornado in the Northwest Territories, only the fourth tornado ever reported at that latitude in Canada.

“How many different ways can you say, ‘Well, the big heat leads to the big melt?’” Phillips asked. “I mean, we've been saying that for decades.”

In the first half of the year, weather was worryingly cold and dry. Though much-needed moisture finally arrived in the mid-summer and fall, it was too much ⁠— crops drowned in the Prairies. Phillips said one Ontario farmer told him he needed both drought and flood insurance for the same growing season.

“How are they supposed to handle that?” Phillips said.

All is not lost

Though the climate crisis seemed to be on everyone’s mind this year, Phillips said, people were also thinking about a path forward.

“Some of the events seem to have a policy implication,” he said. “People began to say, ‘Well, you know, maybe we shouldn't let people build in the floodplain... Governments are beginning to think of that and talk about that.”

That shone through during the federal election campaign, when the climate was a top issue. And Phillips said he’s now taking calls from kids who want to become climatologists to help change public attitudes.

We can’t necessarily end the climate crisis, Phillips said ⁠— the world will continue to warm for a while even if humans cut emissions to zero tomorrow ⁠— but we can adapt. And though the top 10 weather stories of the year list is subjective, it does become a sort of historical document that allows us to see how extreme our extremes have become, Phillips added.

“I think the top 10 weather stories give us a chance to go back and think about it, to put things in perspective,” Phillips said.

“When we look back in 20 years, we’ll say, ‘You know what? It was stinging us in the face and we didn't see it. We didn't do enough to say we were giving it lip service.

"You know, we just thought it was the same old weather. But it was different.”

I'm stunned Phillip's uttered the phrase 'climate change'. He is infamous for never talking about it in his end of year 'weather round-ups. The weather summary gives him essentially a red carpet to weave expertise about climate change into his narrative, he declines, time after time after time, he's had innumerable opportunities to raise his head above the water line. He is the bloody senior climatologist ! The man is a weasel, apparently much more dedicated to preserving his position than to doing genuine public service. Maybe Harper cowed him when he put a lid on the civil service. Phillip's annual coast to coast weather summaries are just song and dance routines, he treats them as infotainment rather than vesting them as teachable moments...The world's climate is taking extreme tangents with greater intensity, evident to the world's major insurance companies, supposedly apparent to 'responsible governments' around the globe. Responsible members of the public have been wanting this compelling issue to be given a much higher profile than it has been awarded, Phillips is in a position to weigh in, he should have long ago! Phillips is a bureaucrat, in the very worst sense of the word. Johanna Wagstaffe, also a meterorologist but with CBC, is doing MUCH more credible and earnest public outreach...(https://podcasts.apple.com/ca/podcast/2050-degrees-of-change/id1243639929). She is the one that needs to be consulted with by journalists about this critical issue, not the empty suit tap dancer Phillips.