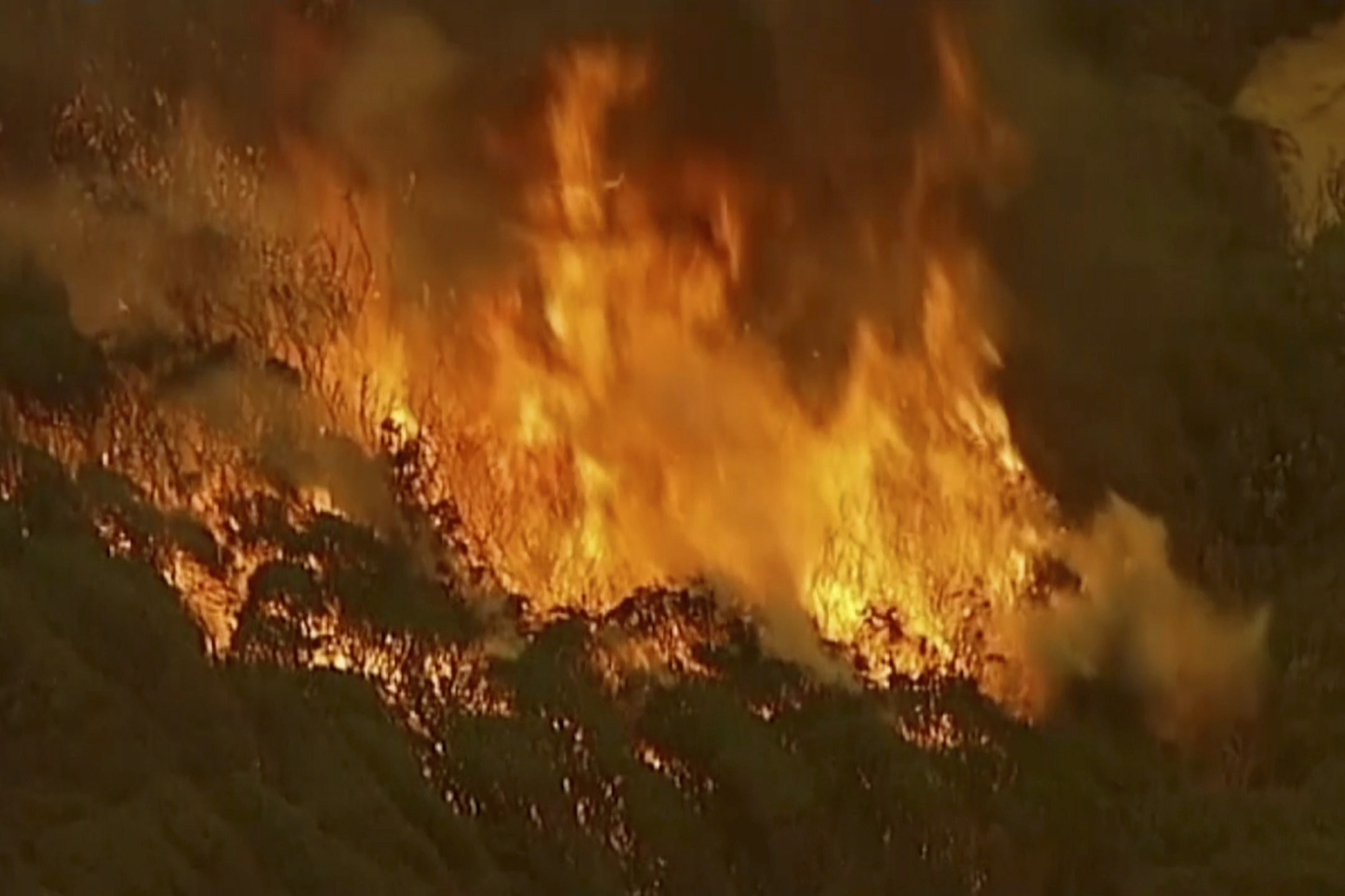 Even as Australia burns, its voters may not take the plunge into meaningful collective action to fight climate change.

And here’s why: out there be dragons.

Thirty-six of them, by the count of Robert Gifford, a psychology professor at the University of Victoria in British Columbia.

These are the psychological hangups that haunt humans and stymie efforts to deal with the global climate crisis. “Dragons of inaction,” Gifford calls them, and they are formidable.

“The dragons of inaction are the reasons or justifications or excuses that people use between either having a good intention to do something and then not doing it or simply using that as an excuse to not be concerned or not take action,” he explained.

The most fearsome of these dragons include a perceived lack of control, the influence of social norms and the difficulty of habit-breaking, conflict with seemingly more pressing needs and wants as well as attachment to a conservative political ideology.

Others include putting inordinate faith in technological salvation, growing numb to dire warnings, the perceived inequity of taking action when others might not and mistrust of government and other authority figures.

Humans are also prone to discount risks that seem far off into the future or far away from one’s immediate surroundings, Gifford said, and seek to justify the way things are if they expect change to involve personal sacrifice.

“We call that system justification,” Gifford said. (The full list of his dragons can be found here.)

The catastrophic Australian fires have so far claimed 27 human lives and killed perhaps a billion mammals, birds and reptiles, forced hundreds of thousands of people to evacuate their homes and scorched more than 100,000 square kilometres of land made bone-dry by three years of drought.

“If you're somebody whose house has burnt down or whose farm has lost all its livestock...you're not going to welcome a bunch of cappuccino drinkers in Melbourne going on a march,” says @climategeorge, on the delicate dance of shifting public views.

But Australians have long battled dry conditions and seasonal fires, making it more difficult for the human brain to draw the complicated connection to global warming that is making such events more frequent and more intense.

“The challenge we have is it is an exaggeration of weather patterns for which people are already socially adapted,” said George Marshall, co-founder of Climate Outreach, which advises governments across the world on how to communicate their climate change strategies and also the author of the book Don’t Even Think About It: Why Our Brains Are Wired to Ignore Climate Change.

Australia’s prime minister, Scott Morrison, has played up this argument and downplayed the connection to the policies of his Liberal government (the main conservative party in Australian politics). His actions include cheering the expansion of the country’s coal industry and scrapping the previous Labor government’s short-lived carbon tax. Both of these measures encourage more pollution and increase global warming, in turn making Australia’s fires worse.

But people tend to gravitate toward simple explanations, Marshall said, which helps explain the spread of a discredited notion that hundreds of arsonists are to blame. (In fact, police in New South Wales said just 24 people had been charged with deliberately lighting fires since November, while there are more than 150 blazes currently raging in that state.)

“The most compelling narratives for us are the ones that have clearly defined enemies and victims,” said Marshall, who is also the author of the book Carbon Detox.

He said the fires, which are most explicitly threatening rural, conservative parts of the country, could send the country down one of two paths.

On the one hand, they could spark serious conversations within those communities about the need to deal with climate change, which would in turn force the Liberals to react and adapt. But they could also exacerbate social tensions in a country where voters have entrenched and polarized views.

“You might find a situation where left-wing people in Melbourne become very, very agitated, but someone like a sugar-cane grower in Queensland doesn’t shift at all,” he said.

“If you're somebody whose house has burned down or whose farm has lost all its livestock, and you felt that you were really in the middle of it and traumatized by the experience, you're not going to welcome a bunch of cappuccino drinkers in Melbourne going on a march.”

Humans are adept at using motivated reasoning and other mind tricks to seek out information that confirms our own opinions while ignoring or downplaying those that challenge them, political scientists say.

So even as some Australians had to plunge into the ocean to avoid the flames and smoke, human psychology offers those predisposed to ignoring climate change plenty of encouragement to look away.

“Many people would like to think that stronger climate signals are going to change people's perceptions and further engage them in climate change,” Erick Lachapelle said. The political scientist at Université de Montréal has polled Canadians extensively on the topic. “But the reality is that people interpret climate signals through their pre-existing beliefs and worldviews.”

“If you're more individualist, materialist, conservative, then acknowledging climate change challenges your worldview because it requires you to rethink your assumptions about the role of the free market and government intervention,” he said.

That cognitive dissonance can even apply to those directly affected by catastrophic flooding, droughts, fires and storms, which scientific consensus says are being exacerbated by climate change.

”I wouldn't assume that everybody who goes through that kind of experience is going to be much more worried about the environment or more willing to act,” said Melanee Thomas, a political scientist at the University of Calgary. “It’s complicated. You cannot draw a straight line between any of this stuff.”

She said neither the 2013 Calgary floods nor the 2016 Fort McMurray wildfires shifted Albertans’ views on whether the province should reduce its reliance on oil and gas and embrace an energy transition.

Polling conducted across Canada by Lachapelle and other researchers shows that people in Alberta, home to most of the country’s oil and gas industry, hold sharply divergent views on climate change compared to the rest of the country.

They are much less likely to think the planet is warming, that it is due to human activity and that it will personally affect them.

Recent electoral history reflects that, with voters bringing in a provincial government that is aggressively defending its oil and gas industry and in the October federal vote shutting out Canada’s Liberal government in favour of a Conservative party that promised to scrap its carbon tax.

“The political scientist in me would say that people are always using a psychological justification, either confirmation bias or motivated reasoning,” Thomas said.

At least 90 per cent of all climate scientists agree humans have caused climate change, yet a U.S. study published last month by the Yale Program on Climate Change Communication showed a quarter of Americans think there is disagreement among scientists.

“Public misunderstanding of the scientific consensus — which has been found in each of our surveys since 2008 — has significant consequences,” the study said, citing an understanding of that consensus as a “gateway belief” that leads to more support for climate action.

Gifford from the University of Victoria said he has sympathy for the people of Alberta — the Canadians facing the most wrenching change as a result of tougher climate action.

"They've been ranchers and oil people... They have a whole culture and generational history invested in that, and so having to change is not easy," he said. "Nobody wants to be told they're a bad person or doing the wrong thing."

But Thomas is careful to point out the result required more than just a knee-jerk reaction to an environmental catalyst.

“You don't get the Fredericton outcome without a strong local candidate, national salience, climate strikes with 500,000 people on the streets of Montreal. There's a whole bunch of things that have to happen — a confluence of factors that line up in a particular direction,” she said.

Thomas predicted that Morrison, the Australian PM, may well end up losing his job over the fires — but more for his ham-fisted response to the crisis than his government’s steadfast support for the country’s coal industry.

“The scale of the disaster is so acute and great that I think it would be naive to think that there aren’t going to be political effects,” she said. “Whether or not social movements can organize effectively to make it about climate change, so that you can actually get sustained policy on climate change, is an open question.”

Marshall, the climate adviser, said Australia could be heading toward a climate reckoning, but cautioned that it might take some time to play out.

“I think it is unlikely, but it is possible that this may represent some mass social tipping point in Australia,” he said. “In a deeply entrenched situation like Australia, I would be very surprised if things shift immediately, because people are already invested in their current views.”

Still, he said, it would be foolish to predict the outcome based only on history.

“We are in uncharted territory now. In many ways, we're dealing with an issue which is quite unlike what we've dealt with before. And therefore, the way that we respond may be different.”

We've been taking too much

We've been taking too much and wasting too much -- a seriously flawed economic model for running a planet with a 2-3% bioproductivity per year, but we've fooled ourselves wonderfully for a few generations now.

The biggest dragon for lifetyle deniers, who talk but don't walk their climate-change understandings, is giving up on existing and bucket-list 'needs', with little ability to imagine a fulfilled, joyous life without them. The biggest dragon for the all-out deniers is that they have an enviable trust that Mother Nature is endlessly bountiful, because, like all good mothers, she's immune to abuse and always bounces back.

These warring tribes share common ground, however, in the economic model we're all invested in. Businesses can bring them together, because those with business savvy understand better than anyone that demanding profits, on a global average, beyond the 3-4% bioproductivity that Gaia Incorporated provides can't be sustained.

The upshot is humans destroying half the life on Earth, which we've accomplished: https://www.cbc.ca/radio/quirks/oct-19-2019-understanding-the-anthropoce....

Why can't we agree, in theory and in general, at least, that we need a business model for Earth that fits with how the place operates? How can accord and concerted actions ever be devised and function without that fundament in place? Global business leaders need to get together, take stock, literally, of the Earth and its yields and demands.

Otherwise, let's tear up our Homo sapiens cards, party like it's Appetites & Resources forever, and fight with everyone who's different, because that's what we do.

People vote for climate deniers because they have been largely bamboozled by million dollar campaigns, waged every day in every media outlet, by hundreds of "think tanks" all sponsored indirectly by corporations that need things to stay the same for as long as possible. And, in some cases, perhaps because they are just unable to wrap their heads around the world they are destroying -- even when the dots are connected for them, they just don't want it to be true.