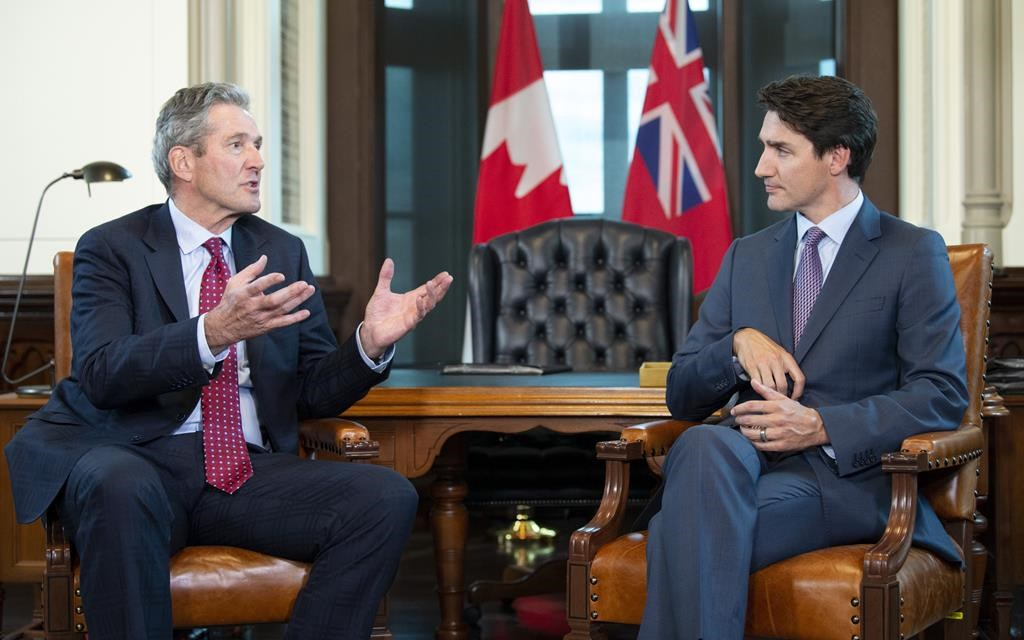 Manitoba Premier Brian Pallister is hoping to discuss carbon taxes and climate change with Prime Minister Justin Trudeau when the federal cabinet holds a retreat in Winnipeg next week.

Pallister said he hopes Trudeau can show some flexibility on the carbon tax that Ottawa has imposed on Manitoba and other provinces that have refused to implement their own, especially after poor Liberal election results on the Prairies last fall.

"We have an opportunity now, post federal election, for the federal government to demonstrate the sincerity of its commitments," Pallister said Wednesday.

"It said, during the election and since, that it wanted to reach out, essentially, to capture the hearts and minds of western Canadians."

The federal government has also imposed a carbon tax on Ontario, New Brunswick, and Saskatchewan — as well as on Alberta, where United Conservative Premier Jason Kenney repealed the tax brought in by his NDP predecessor.

Some of the provinces, including Manitoba, are challenging the tax in court. Saskatchewan has a Supreme Court of Canada hearing scheduled for the spring.

Pallister had originally proposed a lower carbon tax than what Ottawa was demanding, then pulled the idea altogether when Ottawa refused to budge. He said Wednesday the federal government should credit Manitoba for the billions of dollars it has spent to develop hydroelectric power, some of which is exported.

"Wisconsin, for example, (and) Minnesota benefit by the purchase of clean hydro electricity produced in Manitoba. Yet we get no respect from the federal government for that contribution to a better planet."

The federal government has said carbon pricing is a necessary part of a plan to reduce emissions and the tax is offset by income tax rebates.

Pallister said he is not seeking a deal with Ottawa similar to one obtained by New Brunswick last month. New Brunswick is being allowed to apply its own levy on consumer fuels such as gasoline and propane, while also cutting its provincial gas tax to offset the tax.

Pallister described that deal as "robbing Peter to pay Paul."

"Quite frankly, allowing some provinces to ... lower their fuel tax while raising a carbon tax isn't going to achieve any changes in consumer preference and isn't going to help us fight climate change."

Pallister had yet to hear whether Trudeau will agree to meet with him during the cabinet retreat.

He indicated he did not meet with Trudeau while the prime minister was vacationing over the holidays in Costa Rica, where Pallister owns a vacation home and spends a few weeks each year.

This report by The Canadian Press was first published Jan. 15, 2020