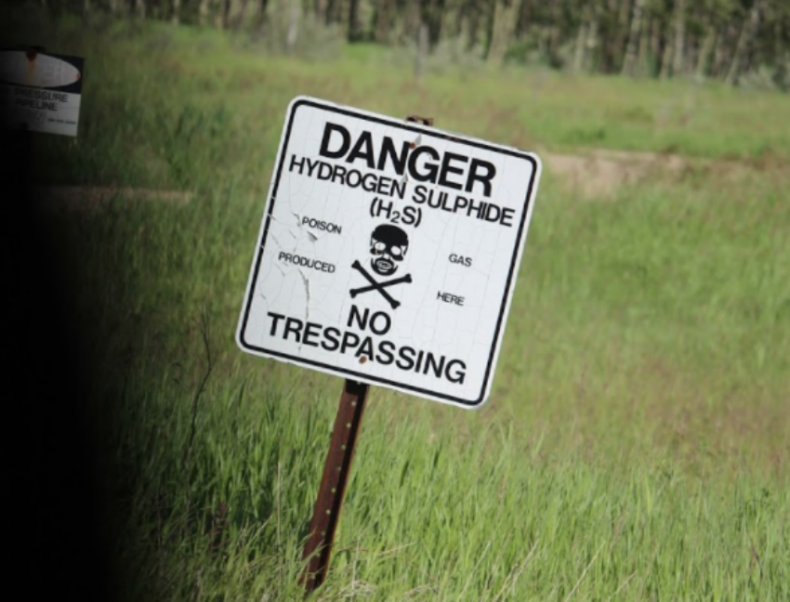 The Alberta Energy Regulator has charged three companies for allegedly releasing toxic gas that “impacted human health” near a town in the northwestern region of the province in 2018.

The gas was hydrogen sulphide, a toxic substance that smells like rotten eggs and can be fatal in high doses, the regulator said Monday. The charges are against Calgary-based natural gas producer Tourmaline Oil, a Tourmaline-controlled spinoff company called Topaz and CWC Energy Services Corp., a drilling and well-servicing company.

The gas was released on Feb. 25, 2018, near Spirit River, a northwest Alberta town that’s a five-hour drive from Edmonton.

In a press release, the AER didn’t elaborate on how the hydrogen sulphide affected human health. Also known as H2S or sour gas, hydrogen sulphide can sometimes leak from the wellheads, pump jacks, pipes, tanks and flare stacks of oilfields.

H2S is colourless and can cause permanent disabilities, even at non-fatal doses. In Canada, it has sickened and killed oilfield workers and, in one case, killed livestock in Saskatchewan.

The AER press release also didn’t include exact details on how the incident happened, where the H2S was released, how high concentrations of the gas were and how many people were affected.

"To ensure each company has a right to a fair prosecution, the AER cannot release any further details," said AER spokesperson Shawn Roth in an email.

However, the regulator previously noted the incident and a follow-up investigation in its compliance dashboard, an online database of energy industry-related incidents. In its initial report, the AER said it happened during "servicing operations" at a well and that there were "no impacts to wildlife or waterbodies."

The regulator noted that the incident was reported on Feb. 28, 2018, three days after it happened. The report also said that the amount of gas leaked was less than 0.1 cubic metres, or about 100 litres.

On Aug. 9, the AER passed the case on to the Alberta Crown Prosecution Service to decide whether charges should be laid, the regulator said.

Five charges have been laid against both Tourmaline and Topaz: two counts of knowingly releasing a substance that caused or may have caused an adverse affect, two counts of failing to report the incident as soon as possible and one count of failing to obey AER requirements around well safety.

CWC Energy Services faces three charges, two for releasing a substance that caused or may have caused an adverse effect and one for failing to comply with well safety rules.

The charges aren’t criminal, falling under Alberta’s Environmental Protection and Enhancement Act, and the Oil and Gas Conservation Act. The companies’ first court date will be Feb. 19 in Grande Prairie, Alta.

Editor's Note: This story was updated at 2:53 p.m. to include additional information from the AER.

Coverups and lies ‘a systemic cancer’ in the world of oilpatch health and safety breaches: whistleblowers

Great. Lives endangered. Companies charged. No individuals charged. Guess where this will go.

It would be interesting and

It would be interesting and important to know what penalties could be assessed for these violations. I hope that everyone who may have been endangered have access to more details! This is the problem when a regulator is funded by the industry they regulate!...the fox guarding the hen house.

"can be fatal in high doses"

"can be fatal in high doses"

HIGH doses? The LD50 (dose at which 50% of people will die) is just 500 ppm — not far from the concentration of CO2 in the atmosphere! In smaller doses, it can also cause permanent blindness and other nerve damage.

I know because I looked it up when arguing with climate change deniers about the effect of "trace" gasses. Hydrogen sulphide is a killer!

"the amount of gas leaked was

"the amount of gas leaked was less than 0.1 cubic metres, or about 100 litres"

I love it how they downplay poisons by citing absolute amounts.

Oh the wonders of government