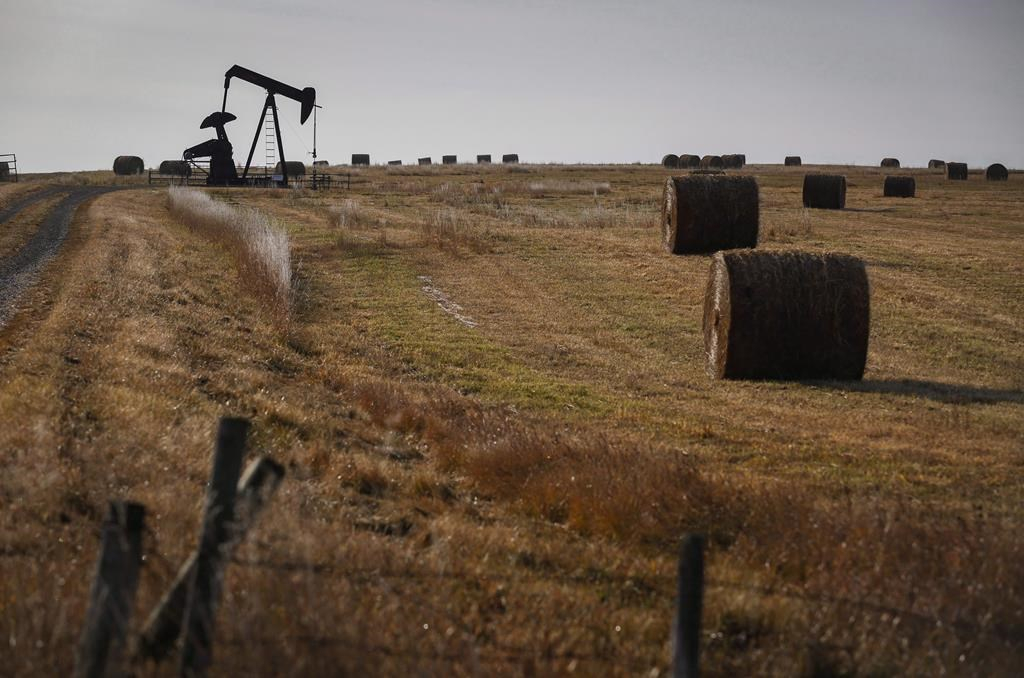 The amount of unpaid property taxes that oil and gas companies owe Alberta rural municipalities has more than doubled over the last year, a trend some are calling a tax revolt.

Rural Municipalities Alberta said Monday that a survey of its members shows that they are owed a total of $173 million — a 114 per cent increase since a similar survey was done last spring.

"If Alberta’s property tax system is not amended to prevent oil and gas companies from refusing to pay property taxes, many rural municipalities will struggle to remain viable," association president Al Kemmere said in a release.

Kemmere explained that municipalities want the province to change the rules so they can force companies to make good on tax debts. Property taxes on energy facilities are controlled by the province, not the local community.

"A lot of the oil and gas is doing their fair part as citizens, but we need legislation to force others to pay much like everybody else has to pay," said Kemmere.

In Ponoka County, south of Edmonton, Reeve Paul McLauchlin estimates his municipality is owed about $2.6 million out of a total municipal budget of $27 million.

"It creates operational constraints, our ability to provide community services. We have non-profits asking for assistance. We say 'no' more and more."

Industry says the way taxes are assessed is driving companies out of business. Properties are assessed by the provincial government, which evaluates them on replacement cost and not on market value, said Ben Brunnen, vice-president of the Canadian Association of Petroleum Producers.

"We defend the need for the province to take a look at how assessment works and have it reflective of the market," he said.

"A lot of these unpaid taxes are coming in jurisdictions where you've got assets that are older and not as productive or economic. The choice for these types of assets is to shut (them) in or find a way to reduce costs."

Those shut-in wells often end up abandoned and unreclaimed after a bankruptcy, said Brunnen, who suggested some municipalities are going to have to accept less oil and gas revenue.

The Alberta Court of Appeal ruled last year that municipalities are unsecured creditors, which puts them at the back of the line for tax debt collection after a bankruptcy.

McLauchlin, also an oilpatch consultant, said about 40 per cent of unpaid taxes are from severely distressed companies in an industry hard and widely hit by lower resource prices. The rest of the shortfall is from companies that continue to operate but don't pay.

"My personal opinion is that this is a tax revolt," McLauchlin said. "They are using this as a lever to decrease their assessment and change those costs."

Some of that has already occurred. Last year, Alberta's United Conservative government implemented legislation allowing municipalities to cut taxes on certain kinds of wells by up to about one-third.

The province initially reimbursed municipalities for the cuts. But the municipalities say that program has ended and they've been left to absorb the loss.

Boychuk said mill rates on wells and other facilities haven't changed in years. Oil and gas reserves, however, have declined.

"What industry is really saying is that they've depleted their wells so far they can't cover operating costs. The wells are done and whatever wealth remains needs to be directed to cleanup rather than looted any further before bankruptcy."

The number of wells under care of the Orphan Well Association, an industry-funded group that cleans up abandoned wells, stands at 3,400 — an increase of 300 since last January.

The same companies are

The same companies are probably good candidates to bail on reclamation and remediation obligations as well. Good luck collecting.

Corporations already pay less than their fair share of taxes, whether property or income!

One more piece of the

One more piece of the corporate welfare puzzle. When you own a government, you do not need to pay taxes.