Humanity is closer than ever to annihilation, Doomsday Clock says 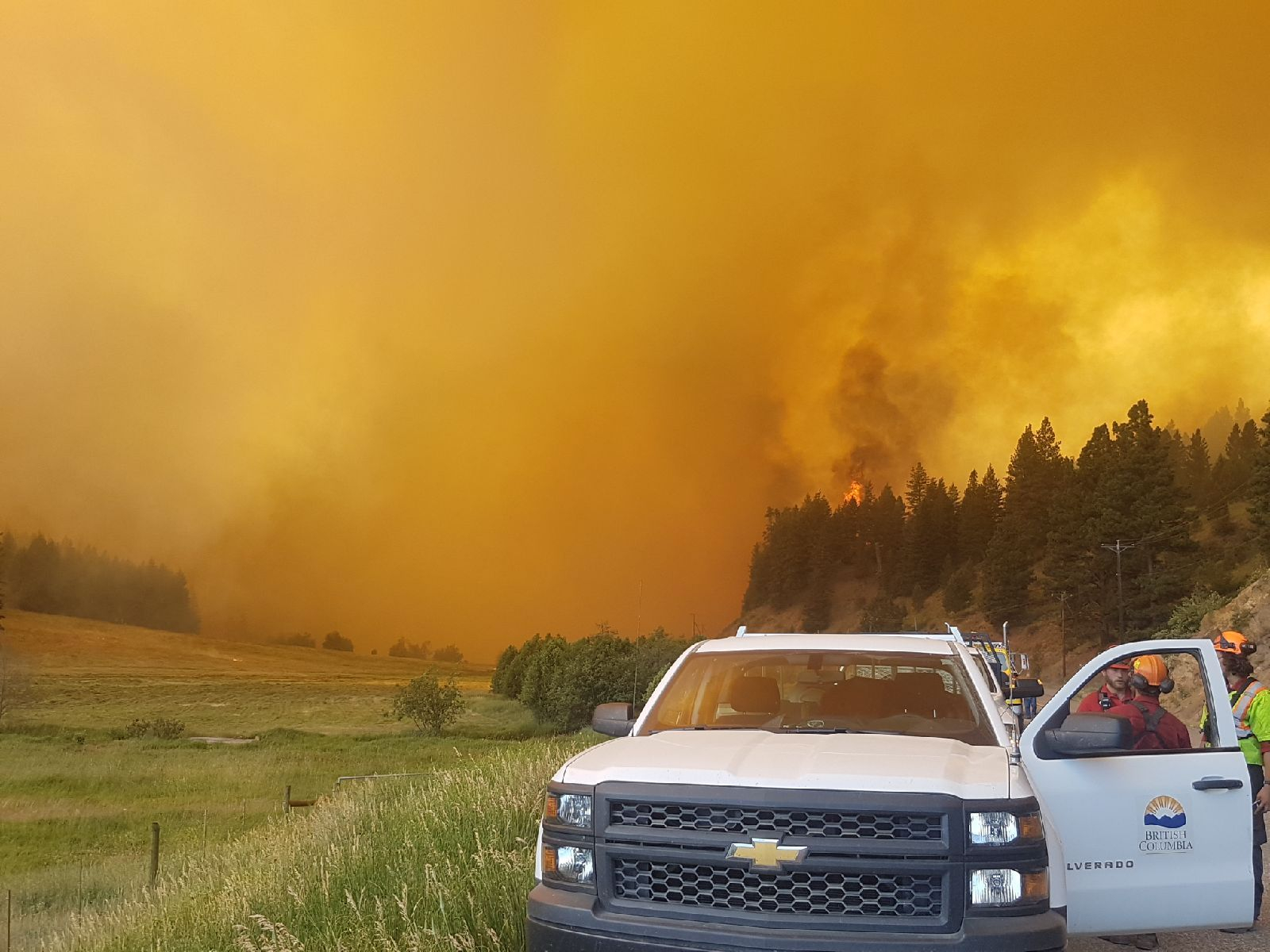 Wildfires like those that led British Columbia to declare a state of emergency in July 2017 are becoming more intense and more frequent as a result of climate change. Photo courtesy of B.C. government's Flickr page
Previous story
Next story

Failure to act on the climate crisis and renewed nuclear escalation have left the world the closest it's ever been to man-made global catastrophe, the scientists behind the Doomsday Clock said Thursday.

The profoundly unstable situation is being torqued by the rising power of disinformation and a shift away from the multilateral forums used for decades to deal with complex global problems, they said.

The clock, a symbol of how dangerous the world is, was moved to 100 seconds to midnight by the Bulletin of the Atomic Scientists at an event in Washington, D.C. It had been at the two-minute mark since 2018.

“The world needs to wake up,” said Mary Robinson, former president of Ireland and chairwoman of the Elders group of global leaders. “Our planet faces two simultaneous, existential threats: the climate crisis and nuclear weapons. We’re faced by a gathering storm of extinction-level consequences and time is running out.”

Developed in the aftermath of the Second World War by atomic scientists worried about nuclear apocalypse, the clock had been set as far as 17 minutes from midnight at the end of the Cold War. It was moved to two minutes to midnight in 1953 when the United States and the Soviet Union started testing nuclear weapons.

This year, inaction and counterproductive actions from international leaders compelled the members of the Bulletin’s science and security board “to declare a state of emergency that requires the immediate, focused and unrelenting attention of the entire world.”

The group’s full statement is here.

The shift to a more dire stance on the clock comes amid a disappointing lack of political progress on how to address climate change while its effects were demonstrated by one of the warmest years on record, extensive wildfires and quicker-than-expected melting of glacial ice.

“We’re far off course,” said Sivan Kartha, a member of the decision-making board and a lead author of the next UN panel assessment on climate change, due out in 2021. “Greenhouse gas emissions continue to rise, reaching record levels this past year, when science and plain arithmetic are clear — emissions need to head toward zero.”

“The world needs to wake up,” Mary Robinson said. “Our planet faces two simultaneous, existential threats; the climate crisis and nuclear weapons. We’re faced by a gathering storm of extinction-level consequences and time is running out."

He said global emissions have risen sixfold since 1953, when the group’s focus was squarely on the nuclear threat and “the prospect of human-caused climate change was mere academic curiosity.”

Global temperatures are already 1 C above pre-industrial levels, which Kartha put in perspective by noting that during the last ice age, global average temperatures only moved lower by a couple of degrees “yet it’s surface was utterly transformed.”

“If humankind pushes the climate into the opposite of an ice age, whatever exactly that is, or even pushes the climate halfway there, we have no reason to be confident that such a world will remain hospitable to human civilization,” he said. “To test the limits of habitable temperature is madness.”

He said that while plenty of governments have echoed the climate emergency designation given to the crisis by scientists, “their policies are hardly commensurate to an emergency.”

Global leaders failed to reach agreement at December climate negotiations in Madrid, while a climate summit in September also fell far short of the ambition required.

Hope remains, he said, with more and more people grasping the reality of that emergency “despite the active disinformation campaigns that continue to obscure the clarity of the scientific consensus on climate change.”

“The engagement, activism and protest that’s emerging now is akin to the movements triggered by nuclear disaster and nuclear weapons fears in the ’70s and ’80s,” he said.

Rising nuclear threats from Iran and North Korea and the looming expiration of a U.S.-Russia nuclear deal also added to the more pessimistic outlook, the group said.

The international framework for dealing with these globally important issues has been undermined in recent years, with U.S. President Donald Trump heaping criticism and threatening or actually removing funding from the UN and the North Atlantic Treaty Organization.

Trump has also pulled the U.S. out of the Paris Agreement on climate change and has withdrawn from a deal negotiated with other world powers to limit Iran’s uranium enrichment.

“Over the last two years, we have seen influential leaders denigrate and discard the most effective methods for addressing complex threats — international agreements with strong verification schemes — in favour of their own narrow political gain,” said Robert Rosner, chairman of the Bulletin’s science and security board.

The 19-member board makes the decision on whether to move to clock each year, in consultation with a board of sponsors that includes 13 Nobel laureates.