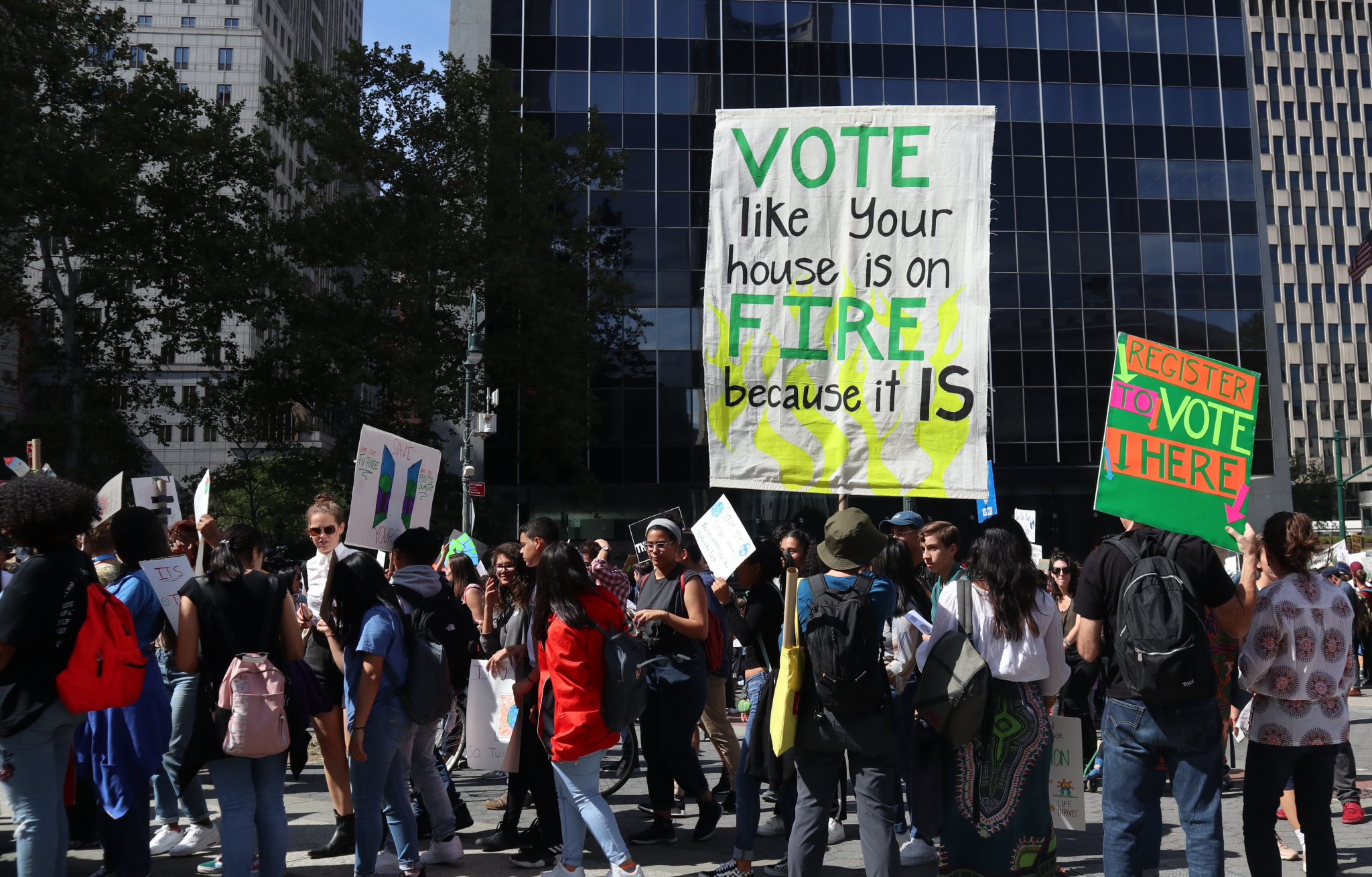 Part of the Climate Strike in New York City on Sept. 20, 2019. Photo by Fatima Syed
Previous story
Next story

Not long ago, Catherine McKenna told National Observer she thinks the Liberals have done everything they could to fight climate change over the past four years.

A new poll suggests that 50 per cent of Canadians disagree.

Half of the 1,599 Canadians polled said the current federal government has not been bold enough in addressing climate change. The survey, which spanned eight countries, found only 21 per cent of people felt their governments were doing enough to combat climate change.

Most of the Canadian respondents said that climate change was top of mind. When asked to list the three most important issues facing the world today, their top choices were “climate change,” “rising cost of food and energy” and “the environment or pollution.”

And 77 per cent of respondents said they either strongly or partially agreed with the statement “The world is facing a climate emergency and unless greenhouse gas emissions fall dramatically in the next few years global warming will become extremely dangerous.”

Climate change has been central to the 2019 election, as the Liberals defend their environmental record after face criticism from environmentalists for purchasing the Trans Mountain pipeline. The Green Party has been polling higher than past elections, sitting at 9.5 per cent according to CBC at the time of publication. And Elections Canada caused an upset in August by saying climate change may be a partisan issue since Maxime Bernier has expressed doubt about its existence, and called on charities to register as third parties if they want to publish paid ads about whether climate change is real.

Just over half of the Canadians polled also said they would be more likely to vote for a political party or candidate who promised to cut the country’s overall greenhouse gas emissions by 2050. As well, 43 per cent said they strongly felt politicians put the interests of big oil companies before communities.

Country divided on drilling for oil and gas

Canadians’ opinions appeared to be more fractured when it came to how exactly to combat climate change.

The pool was also divided on the Liberals’ federal carbon tax, with almost equal portions saying they strongly supported, partially supported, or did not support or oppose carbon pricing.

Of the eight countries surveyed, seven of them listed climate change as number 1 of their top three concerns — besides the United States, who ranked it as number 3 behind terrorism and health care.

The survey was led by a United Kingdom-based non-governmental organization called Hope Not Hate, and it included 11,469 people across Brazil, Canada, France, Germany, Italy, Poland, the United Kingdom and the United States. Hope Not Hate says they weighed the polling groups according to the demographics of each country.

Hope Not Hate says the polling overall shows “widespread alarm about the escalating climate crisis” that will put pressure on world leaders at the UN Secretary General’s Climate Action Summit in New York on Sept. 23.

“The global public is way ahead of the politicians when it comes to grasping how urgently we need to tackle climate change,” Nick Lowles, the group’s founder, said in a statement.

According to the Climate Action Tracker (CAT), which analyzes the emissions of 32 countries, Morocco and The Gambia are leading the pack in meeting their goals set out in the Paris Agreement in 2016. CAT estimates that if all countries followed Morocco and The Gambia’s commitments, the world would stay within a 1.5 C global temperature increase (the target set by the Intergovernmental Panel on Climate Change to avoid catastrophic global warming).

The tracker rates Canada as “insufficient,” and says if all countries had the same goals, there could be a 2.0 C to 3.0 C global temperature increase.