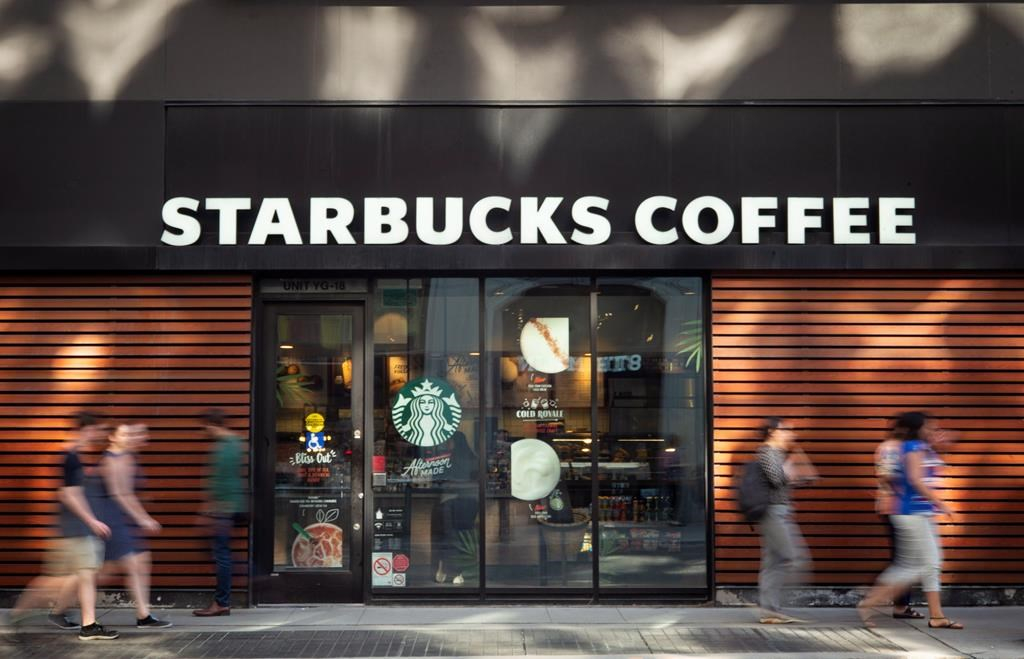 Starbucks has an ambitious plan to reduce its environmental footprint, albeit one it acknowledges will require considerable buy-in from its customers.

Corporate environmental commitments such as these often require consumers to change their behaviours, experts say, which is possible with the right incentives, but need to steer clear of the appearance of self-interest.

"We are committed to making our materials compostable and recyclable, but we know that ultimately, we need to enable consumers everywhere to move to reusable cups and utensils," said Rebecca Zimmer, director of global responsibility at Starbucks, in an email.

Starbucks is the latest large company to announce lofty environmental goals. Several airlines recently turned to carbon offsets, which invest in projects to compensate for their emissions output, and Maple Leaf Foods claimed in November that it is now carbon neutral.

An assessment on Starbucks's operations found that it emitted 16 million tonnes of greenhouse gases, withdrew one billion cubic metres of water and emitted 868 kilotonnes of waste across its full value chain in 2018.

Its mitigation strategies include expanding its plant-based options to migrate toward a more environmentally friendly menu and shifting from single-use to reusable packaging.

One potential option is to sway people away from cow's milk toward plant-based alternatives such as nut and oat milks, said Zimmer, in an interview. Dairy is responsible for 21 per cent of the company's global carbon footprint, according to a company report, edging out coffee and waste for the top spot.

Oat milk, in particular, seems to have a better environmental footprint, she said. Starbucks offers oat milk at some U.S. locations as a test, but has not yet made it available at any of its roughly 1,600 Canadian stores.

The company also aspires to have the majority of its customers arrive with mugs and cutlery in hand rather than rely on takeaway cups and disposable utensils, she said.

Just how the company will achieve those goals remains unknown and Starbucks will spend the year conducting market research and trials to determine specific plans.

It's not easy to change ingrained behaviour, said Katherine White, a professor at the University of British Columbia's Sauder School of Business.

"The big problem is usually that people just forget," when it comes to bringing a coffee tumbler from home, she said, but with the right motivation it's possible to teach people to form new habits.

One strategy is to offer rewards or punishments. Many grocery stores, for example, charge a fee for plastic bags. Starbucks, meanwhile, discounts drinks by 10 cents if customers bring their own cup.

The size of these incentives or fees matters, said White, adding five and 10 cents does little to change consumer behaviour.

A punishment could prompt backlash, she said, but Starbucks could offer a more substantial reward, such as an entry into a draw for free coffee for a month.

It's not unreasonable to ask consumers to bring in mugs or consider oat milk, but it's more serious if Starbucks commits to changing the economics of that proposition "in a really substantial way for consumers," said Sarah Kaplan, a professor at the University of Toronto's Rotman School of Management.

"If they made it so it was really substantially meaningful that would actually drive consumer behaviour," she said.

Starbucks could charge consumers more for cow's milk rather than an upcharge for dairy alternatives, she said.

"You want it to not ... look just completely self-interested," she added, noting Starbucks will likely be selling lots of reusable mugs in store.

While Starbucks has yet to determine just how it will get consumers on board with its vision, Zimmer thinks its future vision is possible.

"If I think broadly into the future, I do believe that as a society we're going to be making choices that are better for the planet, and so I do see pretty significant shifts: the way we live, the way we consume and the way we basically lead our daily lives."