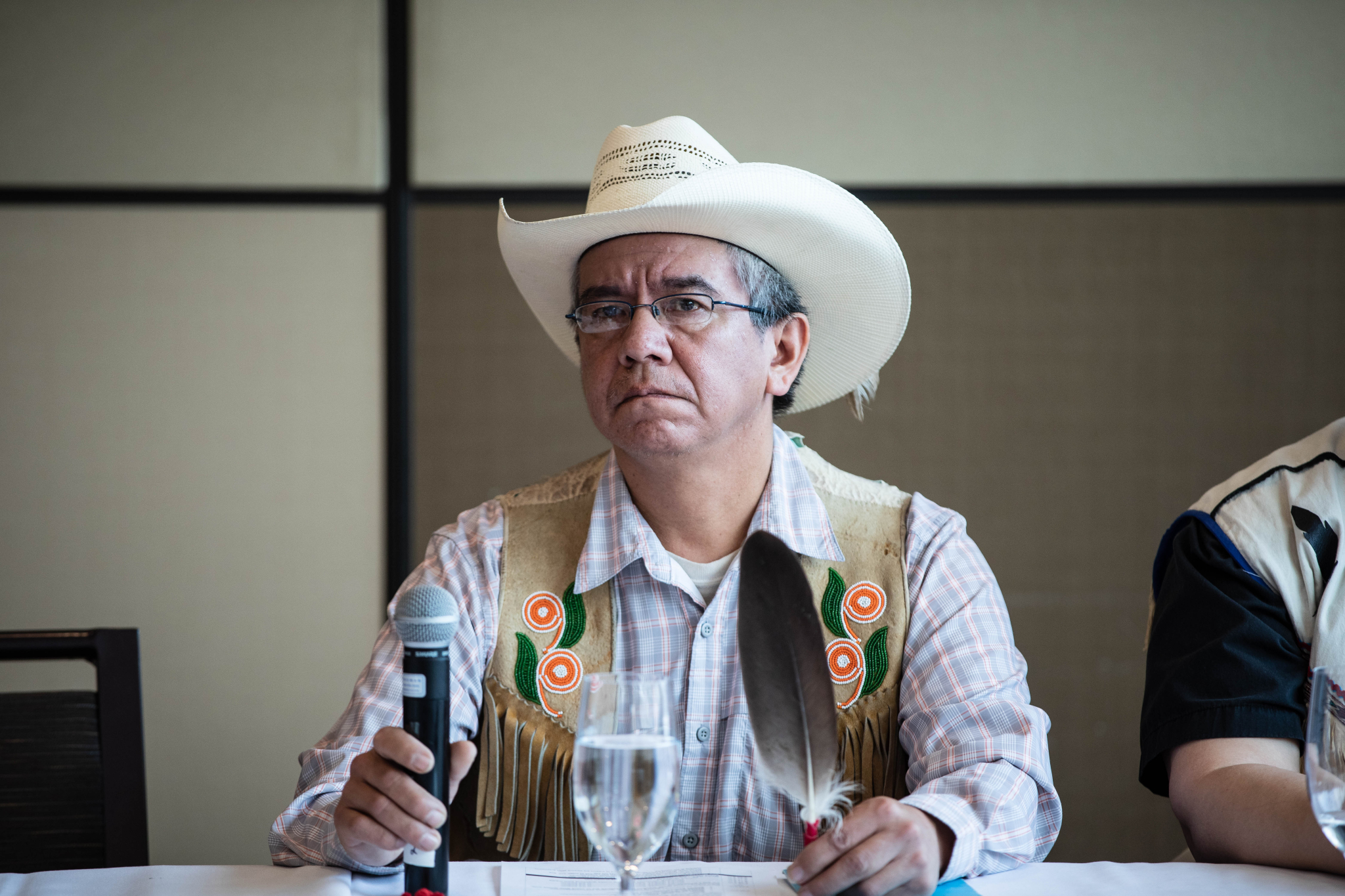 The Trans Mountain oil pipeline expansion can proceed, even if Indigenous concerns still haven't been addressed, because the Trudeau government consulted adequately with First Nations and the consultation process can't be used as a veto, the Federal Court of Appeal said Tuesday.

The unanimous ruling by the three-judge panel found that the government's second attempt at fulfilling its constitutional duty to consult meaningfully with Indigenous peoples was sufficient. It followed the court's decision in August 2018 to quash the original approval of the pipeline.

"Contrary to what the applicants assert, this was anything but a rubber-stamping exercise," reads the judgment, issued in downtown Ottawa on Feb. 4 by justices Marc Noël, Denis Pelletier and John Laskin.

The government's second approval of the pipeline in June 2019 was not merely a ratification of the earlier approval, the court found, but came "directly from the renewed consultation." Fulfilling all the wishes of the impacted First Nations, however, was unnecessary, it said.

"It is true that the applicants are of the view that their concerns have not been fully met, but to insist on that happening is to impose a standard of perfection, a standard not required by law."

The challenges were brought by the Coldwater Indian Band, Squamish Nation, Tsleil-Waututh Nation and the Ts'elxwéyeqw Tribe. They now have 60 days to decide whether to appeal to the Supreme Court.

Chief Leah George-Wilson said Tuesday afternoon from Vancouver that the Tsleil-Waututh Nation already has another application before the Supreme Court challenging a determination related to the court case's scope.

The nation "will always exercise every legal option that we have," she said, discussing a possible appeal. “There are a number of things in this court decision that we think aren't right."

Although Indigenous peoples can "assert their uncompromising opposition" to a fossil fuel project like an oil pipeline, they can't "use the consultation process as a means to try to veto it," the Federal Court of Appeal has ruled.

'You roll up your sleeves and you do the work'

Tuesday's decision is the second high-profile court victory for pipeline supporters this year. The Supreme Court in January dismissed an appeal that would have allowed the B.C. government to block heavy oil flowing through its territory on Trans Mountain.

Reacting to the ruling outside the House of Commons on Tuesday afternoon, Natural Resources Minister Seamus O'Regan said it affirmed that the government "delivered on our duty to consult in a meaningful two-way dialogue."

"I think what the court’s decision says is that, if you go about things the right way, if consultations are meaningful and in good faith, and you roll up your sleeves and you do the work, and listen and allow those conversations to affect what you do, and to make sure that you do it the right way, you can get stuff done," he said.

O'Regan also offered an olive branch to pipeline opponents. "I want to say clearly to those who are disappointed with today’s court decision, we see you and we hear you," he said.

"As construction continues to move forward, Canada will continue to engage with you and your communities. We will take every step that we can to ensure that this project moves forward in the right way."

Finance Minister Bill Morneau, who appeared alongside O'Regan for the brief media appearance, said the government was "really pleased that this project is moving forward."

"Canadians need to know that there’s people in Alberta, there’s people in British Columbia already working on this project, thousands of Canadians, and that creates a good opportunity right now for people who are frankly experiencing some challenges," said Morneau.

Canada 'had their minds set already on this'

But First Nations leaders gathered in Vancouver had many questions about how the court came to its decision.

The courts have found that the duty to consult must be "reasonable," or put another way, that Canada must show it addressed Indigenous concerns in a meaningful kind of way.

In other words, just because Coldwater, Squamish, Tsleil-Waututh and Ts'elxwéyeqw didn't feel like consultations satisfied their concerns, "does not mean that reconciliation has not been advanced."

George-Wilson of the Tsleil-Waututh Nation said this analysis of "reasonable" left a lot to be desired.

"If we’re talking about Reconciliation and protection of the environment, I don’t think 'reasonable' is adequate. I think that sets a low bar," she said.

Coldwater Chief Lee Spahan said the decision by the Court of Appeal "wasn't meaningful." Canada "had their minds set already on this decision," he said.

Khelsilem, elected councillor for the Squamish Nation, said continuing to build a pipeline during the climate crisis didn't make any sense.

“We’re looking down the barrel of a gun. We have eight years left to reduce our carbon emissions," he said. "The scientists have spoken. We must act swiftly and boldly. But this government continues to push oil and gas pipelines, knowing that the science is clear."​​​​​​​

According to the ruling, the First Nations had argued that, essentially, "the project cannot be approved until all of their concerns are resolved to their satisfaction." That was an impossibly high standard, said the justices.

"If we accepted those submissions, as a practical matter there would be no end to consultation, the project would never be approved, and the applicants would have a de facto veto right over it," they wrote.

"Insisting that the only acceptable accommodation is selecting an alternative to the project amounts to seeking a veto over the project, which forms no part of the duty to consult."

In fact, the concept of an Indigenous veto over natural resource projects is mentioned eight separate times in the ruling's text.

For instance, in another section, the justices add that "the case law is clear that although Indigenous peoples can assert their uncompromising opposition to the project, they cannot tactically use the consultation process as a means to try to veto it."

As well, adhering to Reconciliation doesn't mean sticking to any particular outcome on major decisions, because if it did, "Indigenous peoples would effectively have a veto over projects such as this one. ​The law is clear that no such veto exists."

Even suggesting "too strict" a standard for reasonableness, or meaningfulness, concerning the duty to consult "would de facto create a veto right," they wrote.

But beyond knocking down the veto concept, the Court of Appeal found that the government's attempt at consultations passed the smell test.

"The evidentiary record shows a genuine effort in ascertaining and taking into account the key concerns of the applicants, considering them, engaging in two-way communication, and considering and sometimes agreeing to accommodations," they wrote.

All this was "very much consistent with the concepts of reconciliation and the honour of the Crown."

Editor's note: This story was updated at 5 p.m. Eastern on Feb. 4 to include additional information from the decision as well as comments from First Nations and Trudeau government ministers.

The mystery of the open

The mystery of the open window in the Prime Minister’s Office has been solved. Through it was tossed the Trudeau government’s policies and saccharin rhetoric on reconciliation, climate change and the 21st Century economy. They join the policy on electoral reform which lays in tattered remnants on the road below, blowing away in the wind.

The Federal Court of appeal judges used the word “veto” eight times. This is a term used incessantly by conservative-minded politicians in Alberta and Ottawa, following the lead from their fossil fuel corporate donors. That is so last century.