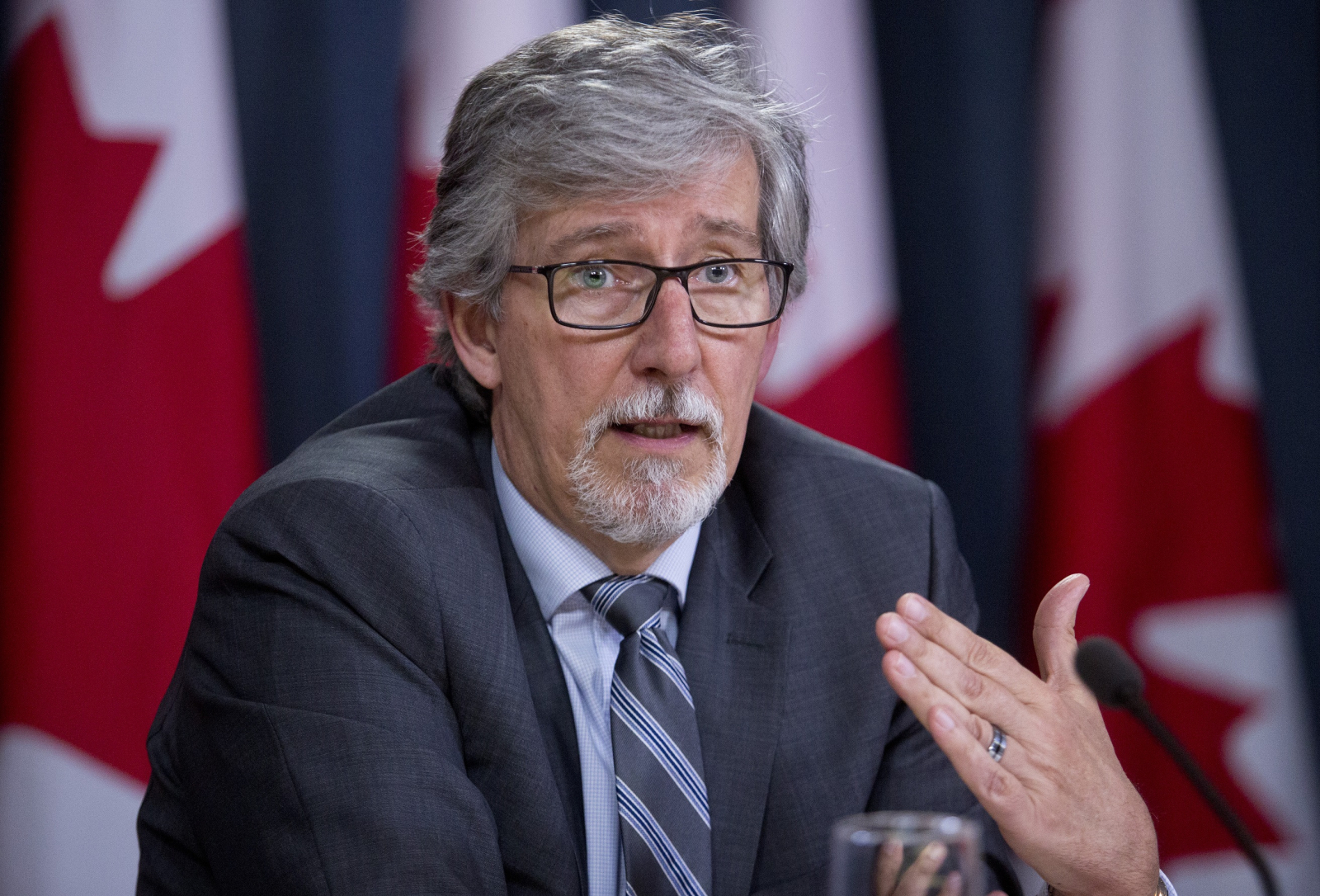 Canada's privacy commissioner is asking the courts to declare that Facebook broke the law and to order the social media giant to take corrective measures.

Privacy Commissioner of Canada Daniel Therrien has filed a notice of application in Federal Court, his office announced Thursday, asking for a declaration that Facebook contravened the Personal Information Protection and Electronic Documents Act (PIPEDA)​​​.

The court action stems from a probe into the data scandal surrounding Facebook, centred on allegations it had allowed an app to gather personal information that was then shared with Cambridge Analytica, the political consulting firm founded by former U.S. President Donald Trump chief strategist Stephen Bannon and billionaire Republican donor Robert Mercer.

The application, which marks the start of formal legal proceedings against Facebook, also requests several court orders that would force the company to take a range of different actions. These include putting in place new measures to ensure "meaningful consent" from users and prohibiting the collection of personal information in such a way that violates the law.

"Until Facebook corrects its practices to comply with PIPEDA there is, and will continue to be, an ongoing risk that Canadians’ personal information will be disclosed by Facebook to apps or other third parties and used in ways that users do not know or expect," the court application states.

The move follows a yearlong joint investigation by the commissioner and his British Columbia counterpart, B.C. commissioner Michael McEvoy, which concluded Facebook had violated privacy laws.

When Therrien and McEvoy revealed the results of their investigation in April 2019, they said that they would likely be taking Facebook to court because it had disputed the results and refused to implement recommendations.

While the federal commissioner doesn't have the power to impose penalties himself, the Federal Court can issue orders to organizations to comply with the law.

A Facebook company spokesperson said the commissioner was "choosing to pursue legal action despite our many attempts to work with them and offer measures that would go above and beyond what other companies do, and despite the fact that there is no evidence that Canadian user data was shared with Cambridge Analytica."

Canada's privacy watchdog is taking Facebook to court, saying that "until Facebook corrects its practices...there is, and will continue to be, an ongoing risk that Canadians’ personal information will be disclosed."

"We look forward to defending the many proactive and robust improvements we’ve made to our platform to better protect people’s personal information," added the spokesperson.

Cambridge Analytica and the 'weaponization' of data

For years, Facebook has struggled with questions about Cambridge Analytica and data privacy. The British firm has long since disbanded, although the techniques that its data scientists pioneered, dubbed "the weaponization of microtargeting" by The Atlantic, are quickly becoming the norm in political campaigns.

A December 2018 report by the House of Commons ethics committee, which had carried out its own investigation into Facebook and Cambridge Analytica, warned about "the threat to democracy in the era of disinformation and data monopolies."

NDP MP Charlie Angus recently called Facebook a "multi-billion-dollar company that’s been called out time and time again for the misuse of its platform in damaging the electoral systems around the world."

Facebook, with 2.5 billion monthly users and $21 billion in revenue, has long maintained that it takes privacy very seriously. CEO Mark Zuckerberg has talked about wanting to "build a simpler platform that's focused on privacy first."

The company changed its platform in 2014 to restrict data access, and has beefed up staff working in safety and security. It now limits what data developers can see, what data people can give to apps. It has also introduced new privacy measures.

As well, it is now investigating apps that it considers suspicious and will ban developers that misuse personal information. Facebook also has a "Data Abuse Bounty Program" that allows people to report the misuse of data by developers.

But even as it takes these steps, it continues to allow political ads that involve microtargeting techniques, which continue to be a source of controversy for the company. Facebook says it will let users choose to see fewer political ads, or stop seeing ads from certain campaigns, but won't ban them entirely, even ads that have "false claims," the Washington Post reported.

"People should be able to hear from those who wish to lead them, warts and all," Facebook's director of product management Rob Leathern said Jan. 9, explaining the policy. He noted that the company's Community Standards still bans hate speech, "harmful content" and voter suppression material.

The mastery of microtargeted ads is what helped Trump become president, wrote Facebook executive Andrew Bosworth in a memo that he posted online last month.

Bosworth said he felt the Cambridge Analytica dataset itself wasn't that valuable, and its value degraded quickly. But he also argued that Facebook was "responsible for Donald Trump getting elected" — because the Trump campaign "ran the single best digital ad campaign I've ever seen from any advertiser."

He said the digital director of Trump’s 2016 campaign, Brad Parscale, "did unbelievable work" using the tools Facebook had on offer. Parscale is now the campaign manager for Trump's 2020 re-election campaign, and there are reports that the campaign is again making heavy use of Facebook.

It spent nearly $20 million on hundreds of thousands of Facebook ads in 2019, according to a Jan. 29 Guardian analysis, ​​​​​​​including "xenophobic, fear-mongering, vitriolic and outright false rhetoric." ​​​​​​​That's far more than any 2020 Democratic candidate so far.

Bosworth, who added that he identifies as a "committed liberal" and donated to the Democratic campaign of former Secretary of State Hillary Clinton, also said Facebook has "maintained the same ad policies."

"It occurs to me that it very well may lead to the same result."

Editor's note: This story was updated at 2:06 p.m. Eastern on Feb. 6, 2020, to include a statement from Facebook. It was updated again at 5:38 p.m. on the same day to add context about Cambridge Analytica and about Facebook's efforts to restrict data access.

The NDP says this is like Dracula overseeing the blood supply

The privacy violations are, of course, egregious. But it doesn't address the significant role social media platforms play in knowingly spreading lies, rumour, fear inducing and aggressively violence provoking malicious disinformation. Such instantaneous, viral communications disable the human judgemental faculties, the counter-intelligence that could avert disasters.
Violence is the inevitable result and social media rejects any responibility for the falsity induced atrocities.
They hold humanity hostage with their extortionate malfeasance.