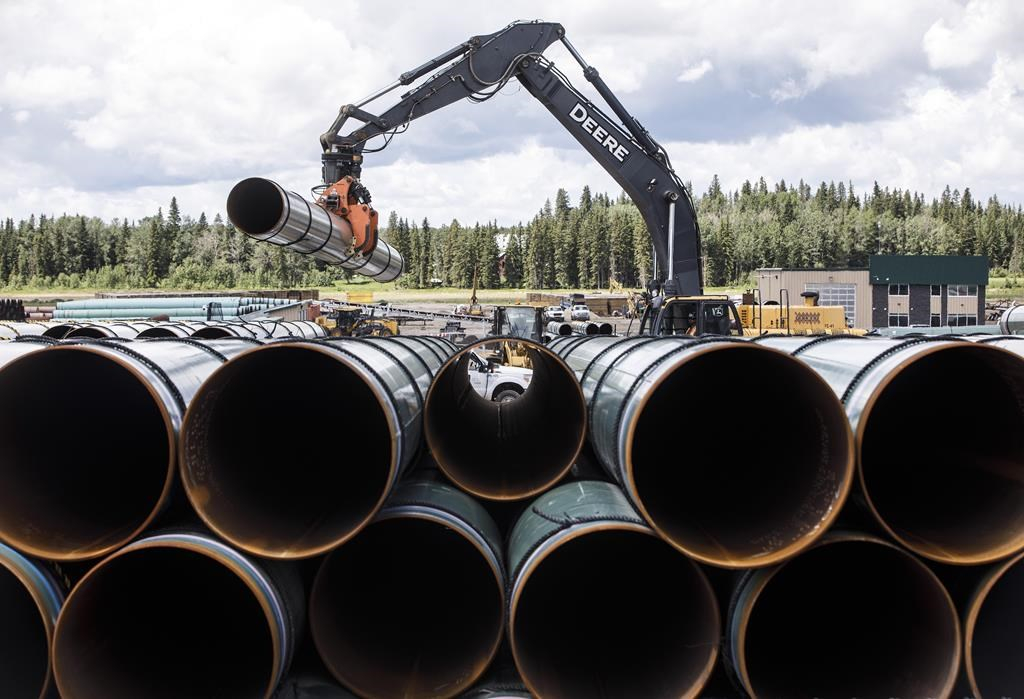 The cost to build the Trans Mountain pipeline expansion has jumped by 70 per cent to $12.6 billion from a three-year-old estimate of $7.4 billion.

President and CEO Ian Anderson says the company owned by the federal government has spent $2.5 billion to date, including the impact of delays and additional regulatory processes, leaving an additional $8.4 billion needed to complete the project, plus $1.7 billion of financial carrying costs.

He says the project is now expected to be in service by December 2022.

The estimate of $7.4 billion was made in 2017 by the previous owner, Houston-based Kinder Morgan, Inc., which sold the expansion project and the existing pipeline to the federal government in 2018 for $4.5 billion.

Opponents have attacked the greenhouse gas emission and oil spill risks of the pipeline project but they've also charged it will be a money-loser with unproved markets in Asia that will fail financially and leave the public holding the bag.

Anderson says the company is recommending that Ottawa, as owner and lender, set aside a further $600 million reserve for cost impacts beyond the control of Trans Mountain.

Opponents of the pipeline expansion have vowed to do whatever it takes to stop the project despite losing a legal challenge before the Federal Court of Appeal earlier this week.

The four First Nations who lost the court challenge on Tuesday have 60 days to seek leave to appeal to the Supreme Court of Canada.

The expansion project would triple the capacity of the existing pipeline between Edmonton and a shipping terminal in Burnaby, B.C.

Sucks that nearly all the

Sucks that nearly all the blame for the bloating costs are laid on environmentalists and First Nations. It's BS, as Robyn's work has been spelling out so well for years.

CBC can't repeat the activists/FNs lie enough, so blatantly keen are they--even their best, usually more astute reporters--on "build that pipe". Would love to know how they all know to toe the line, if it's just in the air they breathe or Kool-Aid they share, or some directive that needs outing.

Who was it that ever believe

Who was it that ever believe that costs would not spiral ever higher. Why are we even considering this massive white elephant? Look up the meaning of white elephant from history: when a gift is not a gift. Why if free enterprise can not build this pipeline should the taxpayers pay for it? Why should we play into governments’ actions of ignoring indigenous peoples rights. Stop mouthing your policies act on them! Why should we pay for our massive environmental problems and disasters?

I don't know exactly but how

I don't know exactly but how much would it cost the federal government to shut down the oil sands and pipeline and create new employment and training in clean energy for Alberta's oil workers? Probably a lot more, especially if we added in the clean up of the mess left by the oil and gas industry. But if that's what the majority of Canadians want, would they pay the price?
Anyone know if this calculation has ever been done?