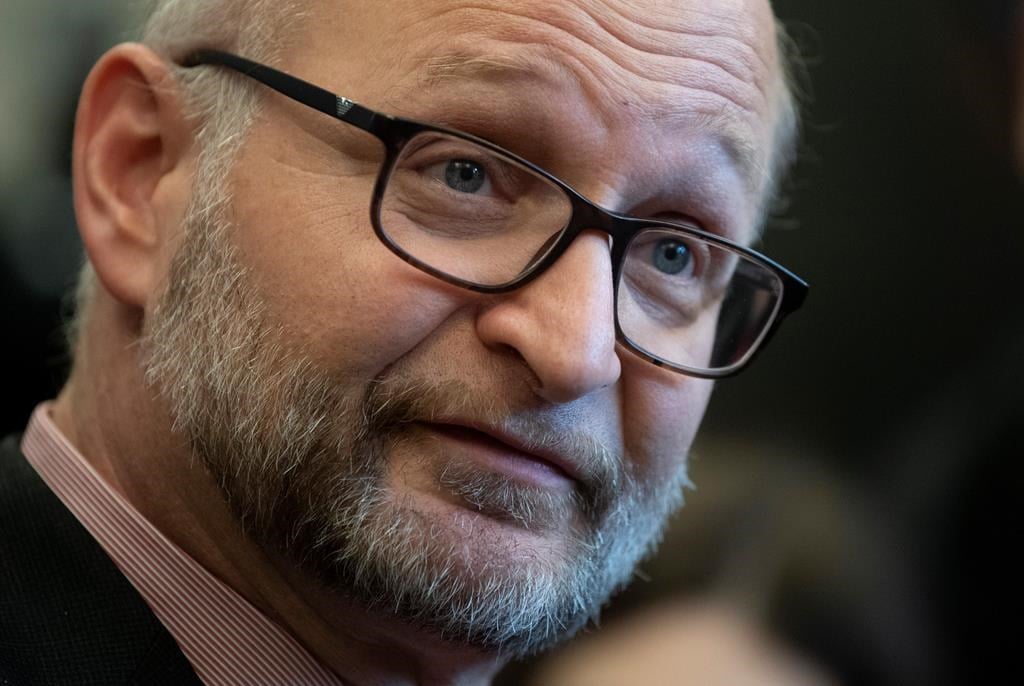 Minister of Justice and Attorney General of Canada David Lametti speaks about a sexual assault bill in the Foyer of the House of Commons in Ottawa, Tuesday February 4, 2020. File photo by The Canadian Press/Adrian Wyld
Previous story
Next story

Conservatives are accusing Prime Minister Justin Trudeau of stacking Canada's courts with Liberal partisans, pointing to a recently appointed judge who has donated almost $26,000 to the governing party over the past 14 years.

But the accusation comes at an awkward moment for the Conservatives, amid renewed scrutiny of leadership contender Peter MacKay's own record of eyebrow-raising judicial appointments when he was justice minister.

A Conservative search of donations data filed with Elections Canada turned up almost $26,000 in contributions to the Liberal party and various Toronto Liberal riding associations from Andrew M. Pinto, including monthly donations of $125 for the past several years.

"Our judiciary should be appointed based on merit, not on who has donated the most money to the Liberal Party of Canada," Conservative ethics critic Michael Barrett said in a statement.

A spokesman for Lametti said judges are chosen on merit and past political involvement is not relevant to the decision.

"As with all Canadian citizens, judicial candidates are free to engage personally in political activities," said Rachel Rappaport. "The appointments process neither disqualifies nor privileges an applicant on the basis of political association."

All candidates for judicial appointments are first evaluated by independent judicial advisory committees. They provide recommendations to the minister.

Rappaport said the minister reviews the committee's findings and "considers a number of factors, including the needs of the court, the diversity of the bench, each candidate's area of expertise, and the strength of their application, in determining who to recommend to cabinet."

"Only candidates that have been recommended by the judicial advisory committee can be put forward for consideration at the cabinet level," she added.

Mohan Sharma, the executive legal officer for the Ontario Superior Court, responded to a request for comment that had been sent to Pinto.

"Prior to being appointed, and during the course of their distinguished legal careers, judges of the Ontario Superior Court of Justice may have made contributions, donations or volunteered their time to a variety of political parties or other organizations," Sharma said in an email.

He added that lawyers are not generally restricted from donating to political parties, but are advised against doing so once named to the bench.

The Conservative charge comes as five-year-old news stories about MacKay's judicial appointments began recirculating recently on social media, in the days after the presumed front-runner officially threw his hat into the leadership ring late last month.

In 2015, PressProgress, a news website connected to the Broadbent Institute, reported MacKay had appointed both the best man at his wedding and his best man's wife to the bench in Nova Scotia, as well as the past president of his Central Nova riding association and a regular donor to his association.

He also appointed a former cabinet colleague, Vic Toews, to the bench in Manitoba.

At the time, MacKay's office offered a similar explanation as Rappaport, in that committees recommended appointments.

The Trudeau government modified the judicial appointments process somewhat during its first mandate to make it more transparent and to give the advisory committees more independence.

However, the Prime Minister's Office acknowledged last spring that it checks recommended candidates against the Liberal database to see who has donated to or been a member of the party. A spokeswoman for the PMO told the Globe and Mail at the time that it is "normal and appropriate" for the government to be ready to answer questions on the "political activities and affiliations of government appointees."

Pinto has taught administrative law at the University of Toronto and was co-chair of the university's academic integrity tribunal.

He was appointed chair of the Law Commission of Ontario's board of governors in 2018 and was named lawyer of the year by the South Asian Bar Association of Toronto in 2008.

The reality is that most of

The reality is that most of these appointments are qualified people. The single outstanding clearly political appointment was Vic Toews, and that was MacKay.

The Conservatives did exactly

The Conservatives did exactly the same thing under Harper, including naming most of the directors of the CBC/Radio-Canada from donors to the Conservative party (10 of 12, if my memory is correct)

$26,000 over 14 years, less than $2,000 per year and certainly not out of the affordability range of any lawyer. And well within the limits of individual political contributions. Sure, it is more than many people can afford - but it is laughably modest, when you compare the billions raised for politicians in the U.S. It doesn't even come close to be enough to sway the Liberal party in any significant way. As for purchasing an Ontario Supreme Court Judgeship - most decent lawyers make more in a month than they will earn sitting on the bench. Lawyers become judges for a variety of reasons, most of them laudable - a few out of vanity. Nobody does it for the money.